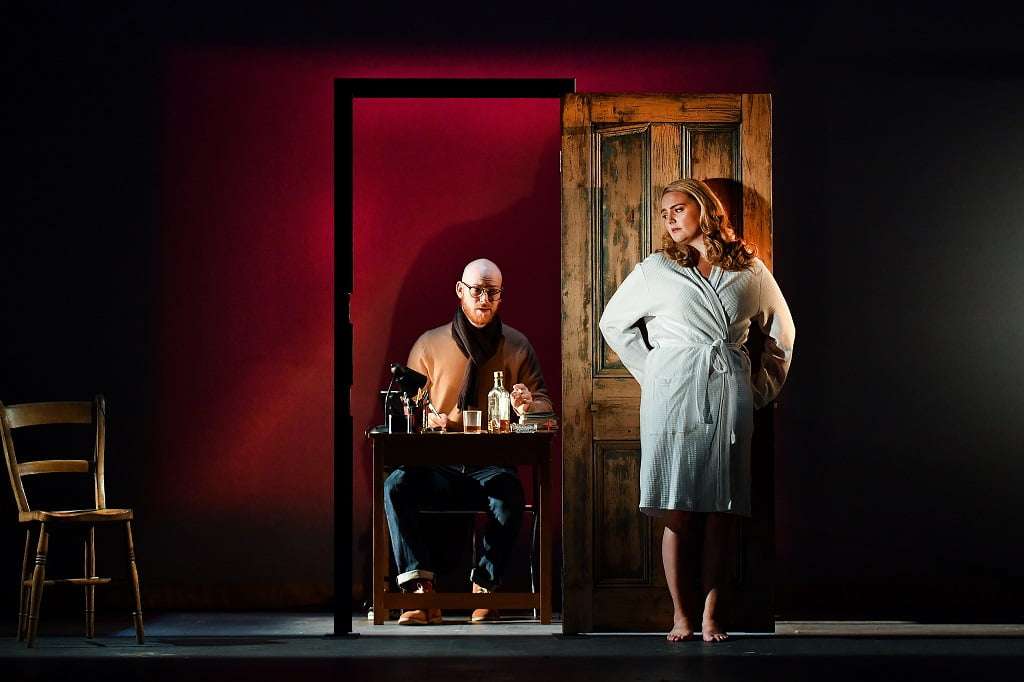 Huw Watkins’s In the Locked Room first cast its bleak, ambiguous spell in 2012, and it does more of the same in the Royal College of Music’s production, a primitive affair with a door standing alone on the stage, the scene changes slickly managed by the stage crew. The story is a blur of obsession, violence, fantasy and reality, a chip off the Pelléas et Mélisande block. An ill-suited couple, city high-flyer Stephen and dreamy and emotionally-deprived Ella, rent a holiday cottage that has a room on permanent let to a poet. The husband is frequently away clinching a big deal, leaving Ella to retreat into her fantasy world. She becomes fixated on Ben Pascoe, whose work she reveres and who turns out to be the mysterious tenant. Ella’s obsession gets out of control after her husband rapes her and she embarks on an imaginary love-affair with the poet. He makes a brief visit, although it’s left uncertain they really meet, and then is killed, and it’s left open whether he is the victim of murder, suicide or accident. Our last sight is of Ella at his grave, heavily pregnant.

I often wanted Watkins’s score to flag up more strongly the fantasy-reality tension than relies on generic delicacy, and many passages of prosaic, angular recitative-like exposition defer rather too obviously to the strengths of David Harsent’s text, so that, music-theatre-style, words and music rarely hit it off. Beth Moxon convincingly charts Ella’s quiet disintegration, Theodore Platt’s neatly observed poet got closest to the opera’s ambiguity as the would-be seducer of Ella and real part-time lover of landlady Susan, played with knowing pragmatism by Lauren Joyanne Morris. Thomas Erlank gives the most rounded performance as the hard-bitten city-boy through some visceral singing and acting. 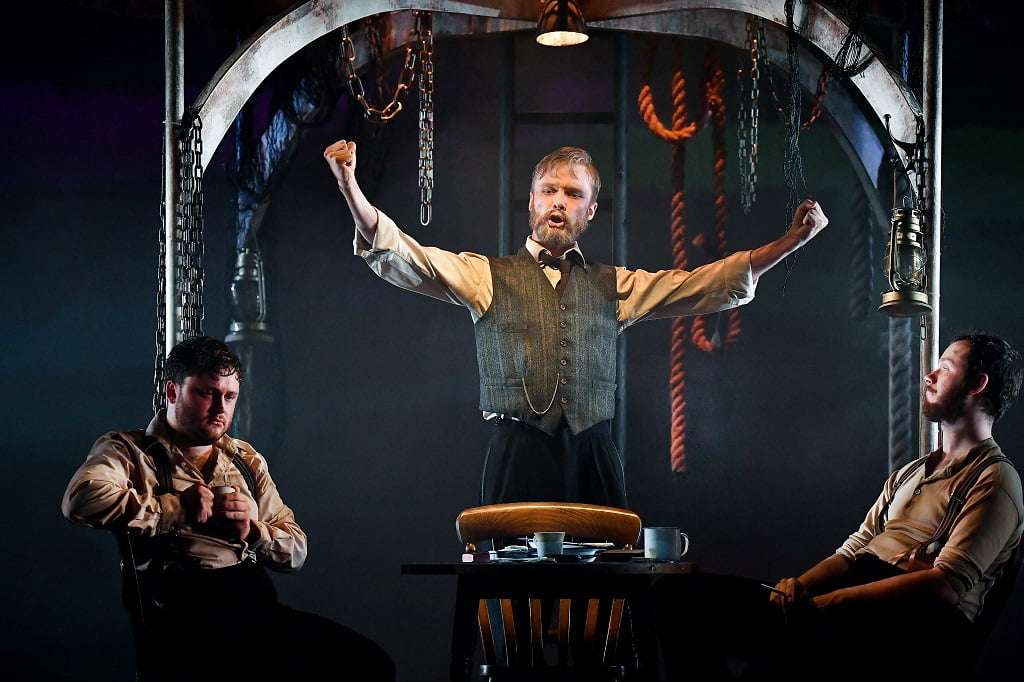 The staging is marginally more elaborate for Peter Maxwell Davies’s The Lighthouse, the business end of the lighthouse itself, with the keepers’ quarters underneath. Maxwell Davies’s treatment of the true story of the three men who vanished from the Flannan Isles lighthouse for no discernible reason 118 years ago has become a classic. It is nearly forty years old, and one can only marvel at the eloquence of his libretto, which flows easily from the nitty-gritty of the opening naval inquiry, full of haunting marine and meteorological images, to the realism of the keepers’ songs and the hysteria as they confront the Beast that awaits them outside, and then you marvel even more at the audaciously imaginative music that goes deep into their backgrounds and the self-protective stances that eventually fail them.

The three singers superbly caught the men’s descent into their collective madness, their solo songs relating a crucial, wretched or marvellous moment in their younger lives all giving a sharply drawn snapshot of their characters. Timothy Edlin excels as the religious fundamentalist Arthur, vainly trying to impose order on James Atkinson’s heroically volatile Sandy, and Richard Pinkstone uses his sweet and strong tenor to great advantage in his Prologue and in his ambiguous love-song. All of them act so naturally you barely notice, you were so involved in their tale, and Michael Rosewell and his enviably fluent players conveyed the dread, tenderness, mania and pastiche that flows so prodigiously from the music. As ghost operas go this is quite a page-turner.