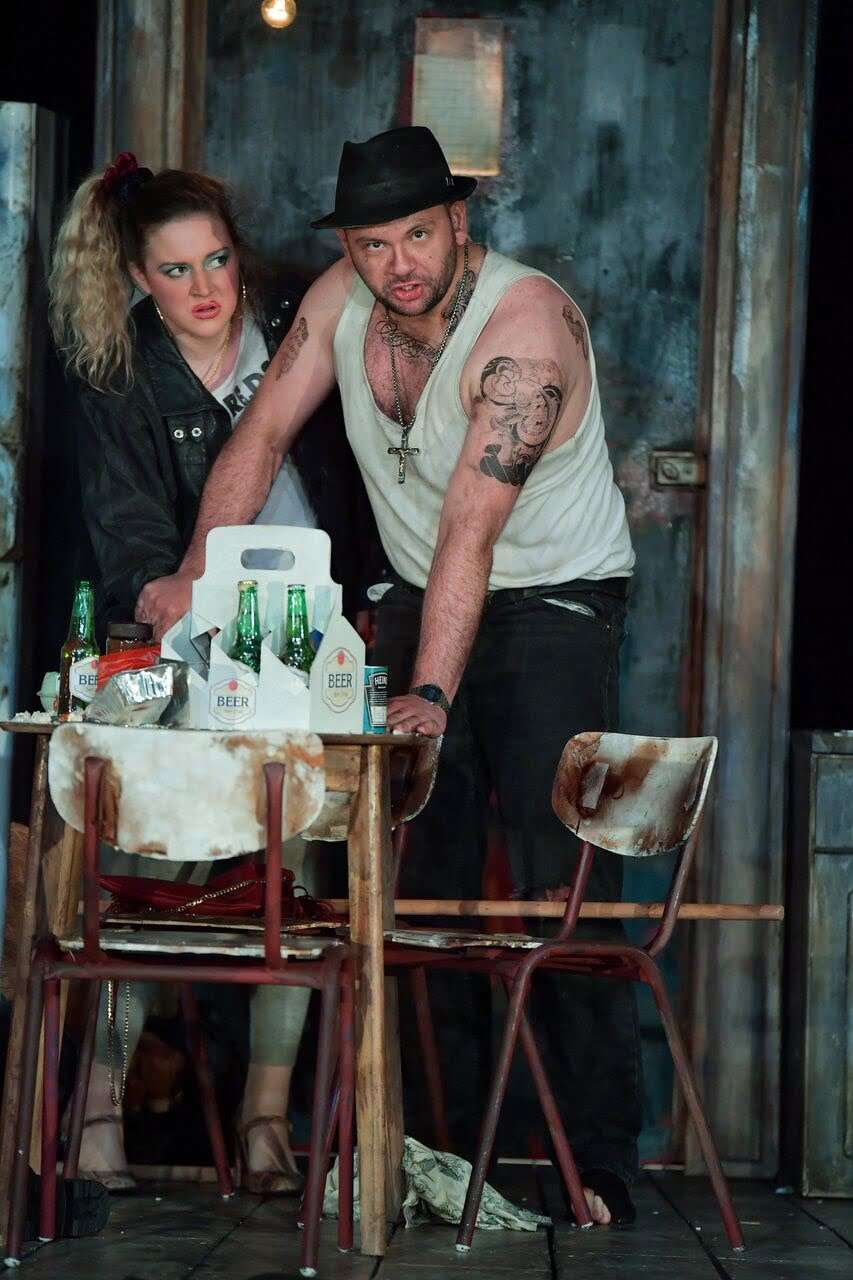 Engelbert Humperdinck’s two immortal children have had to embrace any amount of indignity, analysis and dream therapy since they started to take opera-houses by storm in 1893. They must have been very bad to have had the Royal College of Music impose such a gothic, gory vision on them, but the poor mites must be used to that by now. There was a warning that Liam Steel’s production might not be suitable for children under the age of twelve, which is par for the course these days for a children’s opera that has been taken over by adults, even though most of the children I know are very non-squeamish and love a good fright before bedtime.

As with the Witch force-feeding her captives, Steel and designer Myriddin Wannell don’t know when enough is as good as a feast. The comparison between a mean, stunted life for Hansel and Gretel with their feckless parents and the Witch’s sugar-rush paradise is only the start – a nightmare forest of trees sculpted out of human body-parts and a heavy reliance on seriously unpleasant video projections borrowed from animators David Ochs, Jan Svankmajer and Katy Towell take the inevitable slathering of child abduction, cruelty and abuse to extremes. Anyone who finds dismembered German dolls being boiled up for soup a too creepy, this staging is not for you.

Out of all the deprivation and greed, the four main roles made their mark – the mother Gertrud, pregnant again, a chav none too good at parent-child bonding, and the father Peter, half-man, half-slob, all tattoo but loving his children. You couldn’t help feeling that the couple would have split up ages ago, but the story doesn’t allow for it. They were persuasively played by Elspeth Marrow and Timothy Connor, both of them gifted singer-actors. The rather perfunctory, oblique ending, when Gertrude eyes up the Witch’s wig and magic wand with fascination reminded us that some productions have both roles played by the same artist. 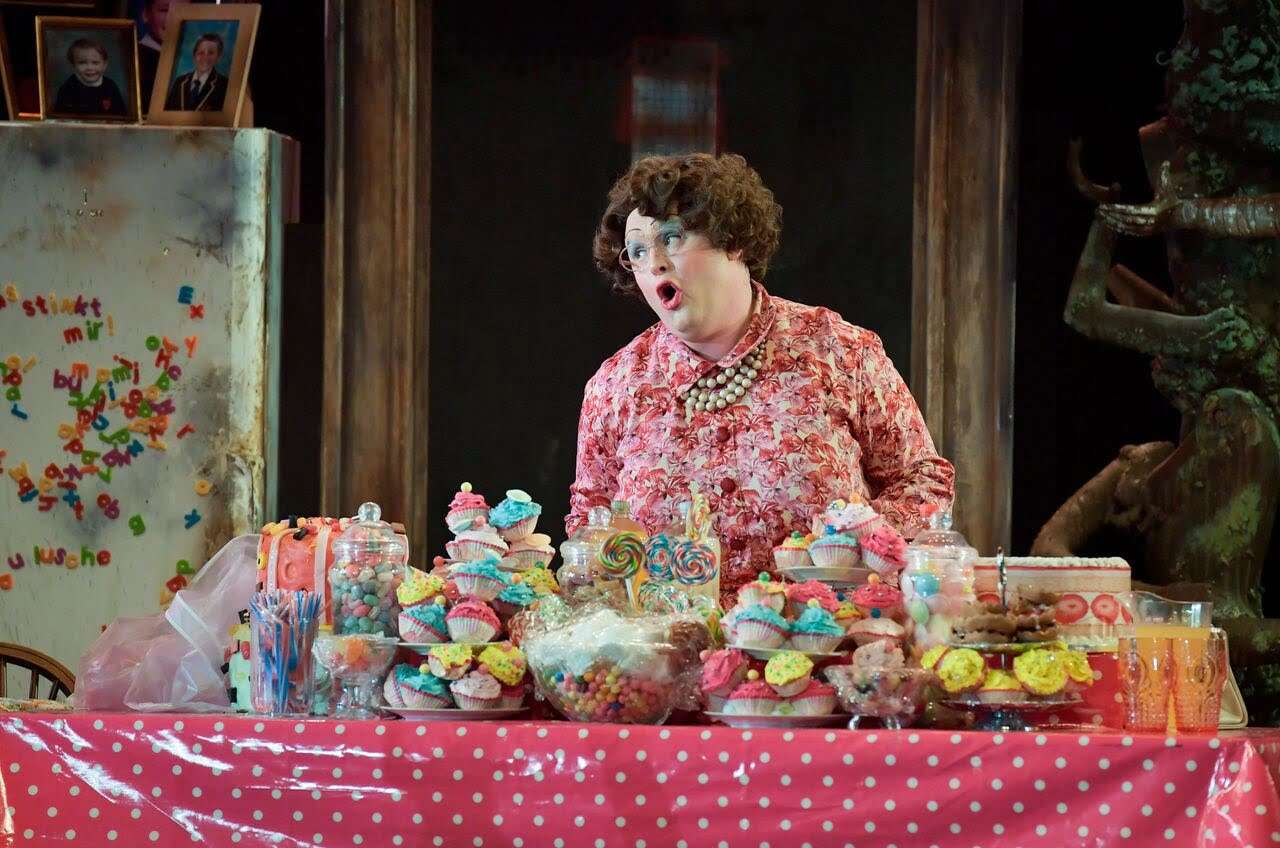 Kamilla Dunstan (Hansel) and Gemma Lois Summerfield (Gretel) dealt impressively with the guileless child’s world, the former a convincing boy with attitude and swagger, the latter endearingly galumphing rather than prettily vulnerable. Maria Stasiak’s Sandman and Louise Fuller’s Dew Fairy were enchanting cameos. Richard Pinkstone’s Witch was a gorgon of suburban primness until the big knife and rubber apron came out. As a pantomime turn, it didn’t fail, but his lower voice tended to disappear, undoing the manic glee needed to cover the music of the third Act not being as inspired as in the first two.

The ‘Pantomime’, when Hansel and Gretel pray to the angels to see them through the night, was attractively done, with children dressed in black as puppeteering angel dollies, but clumsily managed. Peter and Gertrude appearing in their children’s dream as Mr and Mrs 1950s Apple-Pie Perfect was touching. Michael Rosewell and the RCM Opera Orchestra neatly balanced the music’s fairytale magic and Wagnerian idiom.