Mozart
Die Zauberflöte, K620 – Singspiel in two Acts to a libretto by Emanuel Schikaneder [sung in German with English surtitles] 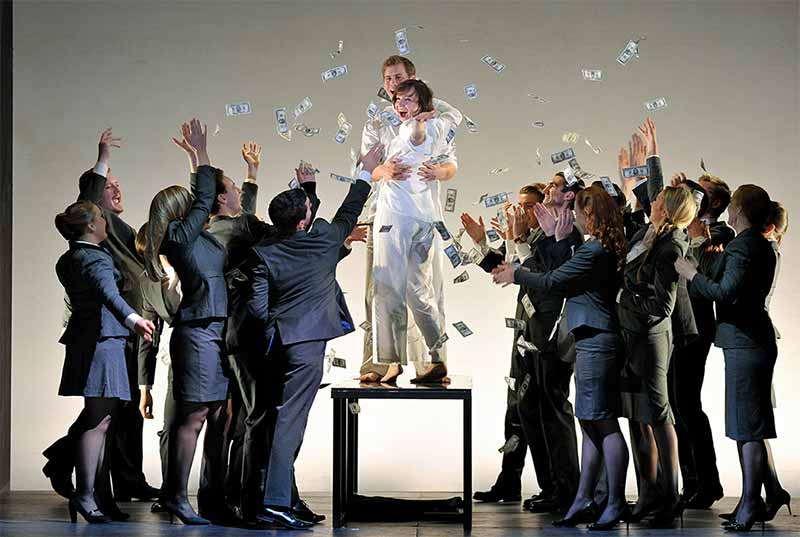 Singing is in fine voice at the Royal College of Music, to judge from its Magic Flute. Jean-Claude Auvray’s staging and Ruari Murchison’s designs, though, are less successful. Murchison’s set of folding panels opening onto a grey cube interior, may have suggested the secrecy of Masonic enlightenment, but the panels’ many and laborious openings and closings didn’t do much for easy flow, compounded by an absence of the magic suggested by the opera’s title. As a scaffold to support the singers’ abilities, the staging worked efficiently enough, but some of its elements are now overworked, in particular the view of Sarastro and his court as a paradigm of men-in-suits conformity to which Tamino and Pamina are finally admitted.

Now seemingly obligatory, there was much tiresome business with mobile phones – Tamino’s ‘Dies Bildnis’ is sung to Pamina’s selfie, Sarastro has his phone, inexplicably, clamped to his ear at the start of the Act Two finale – and there were larky moments of emphasis, such as Monostatos’s S&M proclivities and the neon signs marking the lovers’ trials by “Wasser” and “Feuer”. Pamina’s abduction was acted out during the Overture, and there were a couple of pointless incursions into the auditorium with house-lights up, a deed of directorial largesse too far. The comedy and farce worked okay, but in general the staging can’t resist having a knowing go at the opera’s seriousness and innocence, to diminishing returns as far as illumination is concerned. 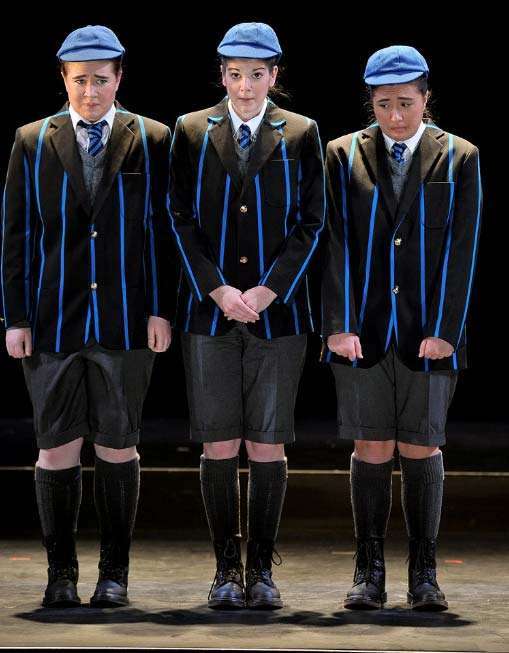 The singing, though, was impressive. Gyula Rab exploited his wholesome good looks shamelessly as a (Prince Charming) Tamino. His elegant tenor had size, heroics and lyricism, and ‘Dies Bildnis’ hit the bull’s-eye. Galina Averina projected Pamina as more three-dimensional than is often the case. Her voice is rounded and full of character, and I admired the way her control and line gave ‘Ich fühl’s’ a sustained poignancy. Timothy Nelson didn’t overplay Papageno’s tendency to swamp the opera with earthy good cheer, tightening the broad humour as a result. His expressive, colourful baritone was a consistent pleasure, and almost alone of the cast, he had the measure of the spoken dialogue, so that in good cabaret style it didn’t drag – and he was complemented by a Papagena of great charm from Sinead O’Kelly.

Despite the prosaic direction, Marie Jaermann injected the Queen of the Night with some magic fire, and her two arias, sung with sparkling accomplishment, were showstoppers. Sarastro, joining the line of corporate CEO-gurus, had the requisite solidity of tone from Simon Shibambu, although volume deserted him in his bass register. Peter Aisher coped manfully with Monastatos’s black-leather accoutrements and sang his Act Two aria in great style. The Three Ladies, as vampiric fashion-victims, looked wonderful, although their ensemble needed to be tighter. The Three Boys, in prep-school blazers and caps, were brilliantly sung and acted, and got nearest to the opera’s comic other-worldliness. The RCM Opera Orchestra delivered a bracingly full tone infused with masses of instrumental detail, and Michael Rosewell’s conducting was attentive and expansive.