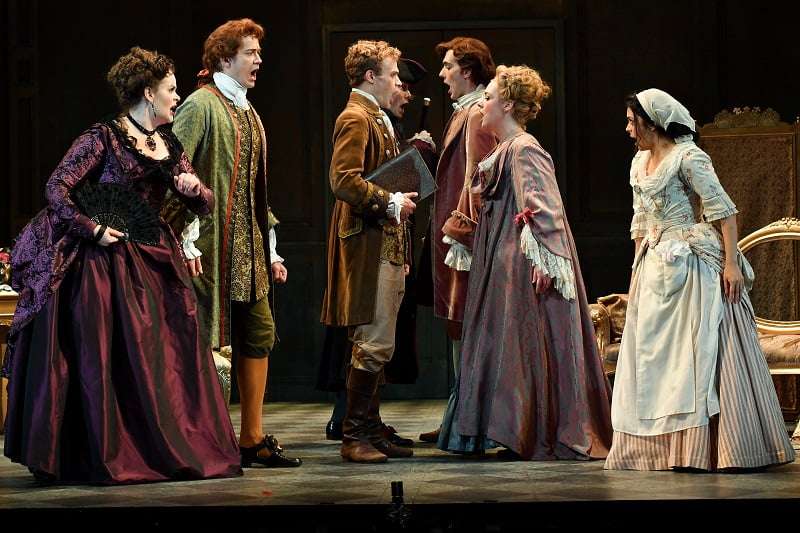 With good reason, Figaro and Susanna survey with horror the dump of a room they’ve been allocated by the Count for the start of married life. That is the first thing we see in Thomas Allen’s RCM staging of The Marriage of Figaro, and it sets the scene for a sparkling evening as well as neatly summing up the opera’s political idée fixe of rulers and the ruled. Allen has form as the Count, and his insider experience of Mozart and Da Ponte’s inexhaustible work works brilliantly for his cast.

The traditional production has no overtly directorial points to make – except, perhaps, for a new-born infant in a crib in the Countess’s boudoir suggesting both that she is out of bounds for the sex-addicted Count and that she is suffering from post-natal depression – and, as part of the RCM’s opera course, it has been meticulously rehearsed. Everyone knows exactly what they are doing, their acting has that ring of confident spontaneity, and the wedding-dance sequence is a brilliantly choreographed and executed pleasure. Lottie Higlett’s elegant, rococo sets unfold smoothly from Figaro and Susanna’s squalid quarters, to the Countess’s boudoir, then adapting to a lovely garden setting for Act Four, and her costumes, particularly and not surprisingly those for Count and Countess, are very splendid. Higlett also clearly knows how to make it suit the scale of the Britten Theatre, and the whole look of her and Allen’s staging, besides complementing the singers and the story, is notably clear and refreshing. This is a generous, subtly observed production that would thrive in any opera house.

And it has heart – relationships are tenderly drawn, there’s a big frisson of mutual desire when Cherubino serenades the vulnerable Countess that’s suddenly and fiercely moving, the Count’s collision of frustration and hard-headed authority is casually but lucidly defined, the machinations of the Marcellina-Bartolo-Basilio trio have the sort of slap-stick villainy that just evaporates when the truth of Figaro’s parentage emerges, and, the moment of truth, the Count’s ‘Contessa, perdona’ briefly makes time stand still.

There are yet more boxes to tick in the quality of the singing. Adam Maxey has the vocal range for Figaro, the bass end of his baritone is pleasingly seductive, and, while he could do with more variety of tone, the moments when he takes charge (including an electrifying confrontation with the Count), suggest that the potential is all there. Maxey is also very tall, easily two heads taller than Julieth Lozano’s petite Susanna, which is rather sweet when they are together. Lozano’s soprano has a substantial middle range, and occasionally there is an absence of mischievous ping higher up. Her portrayal, though, lacks nothing in mischief or control, and, as might be expected from a servant constantly batting off the Count’s feudal rights, she has a far sharper awareness of her social status than does Figaro, who is interestingly ambivalent about the master-servant power axis – in another life, this Figaro might have made a good Jeeves, As it turns out, Susanna is a servant with two mistresses. Sarah-Jane Brandon’s Countess had been marvellous in Act Two, singing a ravishing ‘Porgi amor’, looking very stylish and up for all Cherubino’s attempts at seduction and cross-dressing larks. Then, before Act Three, it was announced that she was unwell and was being replaced by Josephine Goddard (the Countess in the alternative cast), who is just as good, and manages that trick of seeming aristocratically aloof from the trickery that she was playing on the Count. 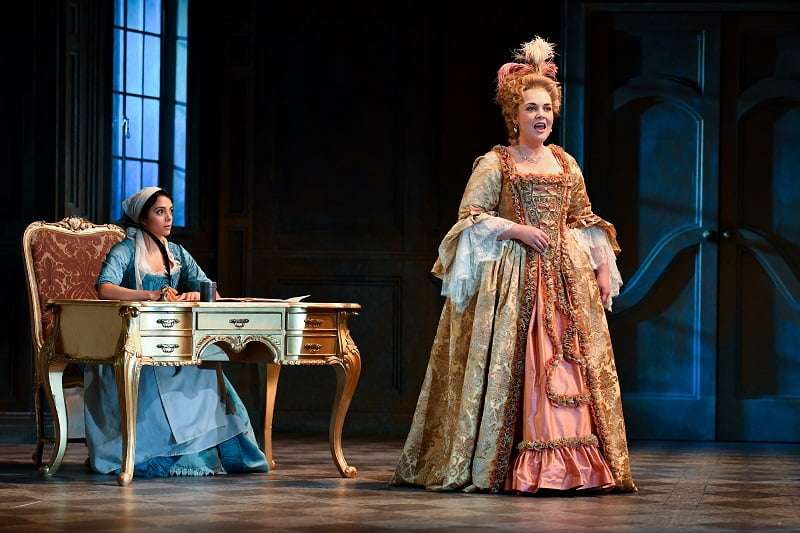 Harry Thatcher’s Count is a triumph. He plays the Count’s complexities of motivation, the sudden shafts of empathy, his distraction and simpler personality traits such as a very short temper with astonishing directness, and he has a voice that expands on Mozart’s already magnificently characterful music with great passion and insight. Thatcher’s big Act Three sequence is outstanding, as is his handling of ‘Contessa perdono’. The fact that he has film-star looks is a help and he wears the costumes with the assurance that clinches his portrayal as a whole.

Lauren Joyanne Morris’s light, even mezzo suits Cherubino’s two arias very well, and her acting reduces the she-as-he gap to near invisibility, an even match both for the Countess as for Poppy Shotts’s enchanting and very knowing Barbarina. Katy Thomson sings Marcellina with formidable strength and acts her frail hold on grande dame status with great and funny awareness, Timothy Edlin sings Bartolo’s ‘La vendetta’ with malicious glee, and you could only fantasise about how or why they managed to produce Figaro.

The RCM Opera Orchestra left scorch marks with its virtuosic account of the Overture, and Michael Rosewell presides over an impressively responsive orchestra, which sports some equally refined woodwind-playing and acutely close ensemble. In the accompagnato passages, the musicians played with a continuo-like alertness, and throughout they were with Rosewell and the singers all the way. There are two more performances. This cast sings on November 28.