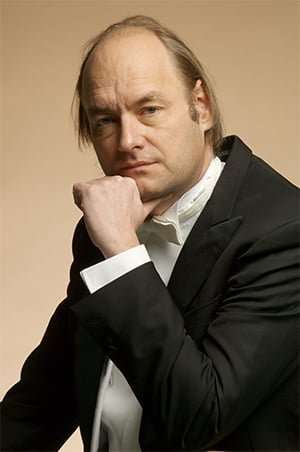 Jan Willem de Vriend led the Royal Concertgebouw Orchestra in fine performances of two seldom performed symphonies, one by the eighteenth-century Czech, Antonio Rosetti, and the other by the fifteen-year-old Felix Mendelssohn. Both fared better than J. S. Bach’s D minor keyboard concerto (BWV1052) performed on piano by Alexandre Tharaud in an arrangement by de Vriend, who added several woodwinds to the score with less than salutary results.

The music of the prolific Rosetti (an Italianization of his birth name, František Antonin Rosety), a contemporary of Mozart, is now rarely performed, but de Vriend and the RCO made a strong case for including him in today’s repertoire – at least when performed by such a renowned orchestra. The sonata-form opening Vivace was marked by stark dynamic contrasts between soft string passages, one section echoing another, and forceful tuttis, replete with woodwinds and horns. The succession of rising notes leading into the recapitulation was a particularly pleasing moment. The two middle movements are in minuet form. The first, marked Menuetto fresco: allegretto, was highlighted by the oboe’s playing of the second theme, and the second, marked Andante ma Menuetto, featured passages with interesting rhythmic contrasts as de Vriend, with almost acrobatic gestures, evoked a variety of moods. In Finale: Capriccio, allegretto scherzante, rapid figures set the orchestra off on a merry chase, with the horns playing sustained notes and the woodwinds taking alternating solo turns. The joyous spirit continued through to its delightful ending. 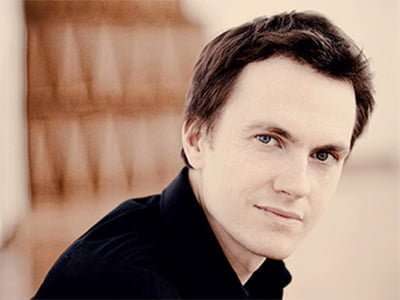 Bach scored his D minor keyboard concerto for two violins, viola and continuo in addition to the solo instrument. Current performance practice varies in the choice of solo instrument, the size of the string ensemble and the constitution of the continuo. Here a solo piano was accompanied by a fairly large string orchestra, to which de Vriend’s arrangement added four wind instruments: a pair of oboes and a cor anglais joining the violins and violas in the ripieno, and a bassoon that combined with a harpsichord, three cellos and two double basses to form the continuo. This orchestration introduced timbres that came through, particularly at the start of the opening Allegro, as jarring and unduly competitive with the piano line. That, coupled with Tharaud’s rather heavy pedaling, gave the movement an aura more Romantic than Baroque. Although the woodwinds were silent in the Adagio, and Tharaud played the ornamented melodic line with both dexterity and tenderness as de Vriend kept the strings subdued, it still had a somewhat Romantic feeling. Not until the vigorous finale did the rendition take on a truly rococo spirit. With the woodwinds no longer challenging the piano for primacy, Tharaud brought Bach’s driving rhythm to life, his virtuosic playing in solo passages most impressive. The strings’ repetition of the opening theme brought the Concerto to a satisfying close.

After intermission, de Vriend led the RCO in a thoroughly entertaining performance of another work that is too seldom performed, Mendelssohn’s First Symphony. Amazingly, this was his thirteenth effort in this form, but the first written for full orchestra, the previous twelve being for string orchestra. It is a surprisingly mature work from one so young, each movement abounding in charming melodies and orchestrated effectively. In the opening one, trumpets and timpani (played with hard sticks) added brightness to the sweetness of the strings, and the Andante was also an opportunity for the strings, especially the cellos, to shine. The Minuet featured yet another fine theme, as the horns, trumpets and timpani set the triple-meter beat, and in the Trio, chords in the lower strings were delightfully ornamented first by the winds and then the violins. The fascinating finale, marked Allegro con fuoco, began with a playful melody with interjections from the clarinets, and the second subject was introduced by a clarinet solo accompanied by pizzicatos. The RCO strings were also impressive in two fugato passages. Then the coda was suddenly upon us, trumpets and timpani blazing away to the finish.