Beethoven
Piano Concerto No.1 in C, Op.15
Bruckner
Symphony No.9 in D minor [edition not stated]

The 6.30 start no doubt reflected a late-night flight back to Amsterdam for the members of the Royal Concertgebouw Orchestra at the end of its three-concert residency at the Barbican Centre. On paper, this was the pick of the bunch, featuring one of today’s great pianists, and a Bruckner Symphony that retains its visionary thrall; the previously RCO-played 4 and 7 tend to pall through over-exposure, however distinguished the company.

Mariss Jansons – good to see him looking so well, animated and productive on the podium, and with much mutual chemistry between him and his orchestra – led-off the Beethoven in a bright and breezy manner, youthfully fleet but expressively and dynamically modulated, the music imbued with ripeness and enhanced by some outstandingly immediate woodwind-playing, with bags of personality, and fuelled by crisp timpani strokes. This complemented to perfection Lars Vogt’s mercurial account, typically wide-ranging in touch, timbre, phrasing and sheer individuality, yet this was always Beethoven, a young man marking our card to future greatness. 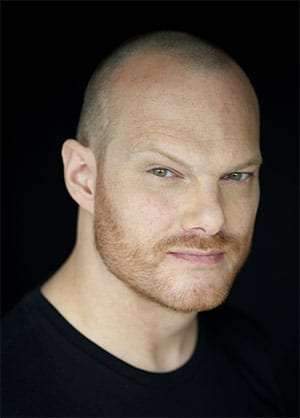 Vogt’s breadth of response – the pearliest reflection vying with the punchiest accents – came to the fore in the extended (five-minute) cadenza, one of the three that Beethoven composed for this moment, and brought off by Vogt with a facility and joy that was gripping; when the orchestra returns, after a cheeky delay by the pianist, it was with a corporate bang here. The slow movement could have been a little more expansive but soon settled into a soulful groove, Olivier Paley’s clarinet solos beguilingly phrased and sounded. The finale, helter-skelter in tempo, was also remarkably lucid in detailing, and Vogt had a ball in the ‘pub piano’ episode.

I have 21 chances of incorrectly identifying which of Chopin’s Nocturnes Vogt then played as an encore, but whichever, it was beautifully poetic, bountiful in expression and fragrant in atmosphere, twilight finally fading into darkness.

Presumably given in Leopold Nowak’s 1951 edition (the Barbican’s RCO programme, for all three concerts, offered no help regarding these symphonies’ diverse publications), Bruckner 9 proved a perfect example of a musician being totally persuasive. For those interested in timings, and with an appreciation of them, Jansons took ‘just’ 52 minutes (22/10/20) over Bruckner’s final if unfinished Symphony (albeit now available with a finale in different editions garnered by folios that have come to prominence in recent years – see link to Simon Rattle’s recording, below). Some interpretations of the three movements only just fit a CD – Celibidache (Munich) and Maazel (Bavarian Radio) being two examples – and they are just as revealing.

With playing of the highest order, and sounding glorious, founded on 10 double basses, Jansons (no stranger to Bruckner, as early as his BBC Welsh SO guest-appearances, and then with the Oslo Philharmonic) presided over a particularly seamless reading, the first movement totally related and inevitable yet without denuding any of the music’s searching. This really sounded like a flawless first-movement – and note this word in a Brucknerian context – allegro, one that is always journeying with a sure sense of direction and discovery. In the scherzo, Jansons was intriguingly interventionist in the way he hived-off some bars for half-tempo heavy-emphasis and then sped-off to scintillating effect – different but credibly effective – and with the spectral trio we were playing with the fairies, Mendelssohnian in its buoyancy. As for the Adagio (the final movement, given Bruckner relinquished the Symphony at this point), Jansons’s lack of sentimentality made the music all the stronger, and his interrelationship across it made the striving and dissonant climax all the more powerful. Equally telling was the lack of lingering in the coda; after all, Bruckner intended a mighty finale. Jansons was still holding-on to all-important silence when someone clapped (a plague of rats to your house, sir or madam) but the whole work (however uncompleted) was at-one with itself and made mesmerising.