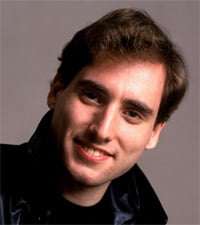 Boris Giltburg must have been doing something right when he last came to Liverpool. His performance of Grieg’s Piano Concerto last season practically brought the house down, so he was back to perform another popular piece. The vagaries of audiences, however, meant that this concert did not attract a full house.

From the outset, this was a grand, slightly stylised, performance of Tchaikovsky’s piece. The opening was very deliberate. While Giltburg provided a grandiose opening it seemed to die away somewhat until the Allegro con spirito section brought an explosion of energy, drawing the orchestra and soloist together impressively.

Fluctuation of tempo was taken to extreme – slowing down excessively and then speeding up suddenly – which became somewhat irritating. But, that is a small aside, considering the beguiling melodies dreampt up by the composer and used to great effect by the performers. Giltburg’s dynamic reading of the cadenza added zest to the massive conception of the first movement. The delightful Andante was so laid back as to be soporific but it was a welcome and vital antidote to the fireworks of the opening movement. The energy returned for the finale, a furious and playful banter between soloist and orchestra. 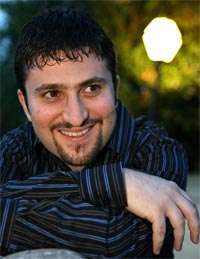 Rapture, by American Christopher Rouse, opened the concert. In his programme note, he reveals that much of his music is associated with grief and despair. Rapture opens slowly and blossomed into a surging, massive sound composed of dense harmonies. In many ways, it felt as though the melodies grew out of the harmonies. Constantly, huge bubbles built up, only to be burst and the timpanists had their work cut out when the piece came to a massive and triumphant conclusion.

The concert’s second half allowed the orchestra some time to show off its principal players’ solo talents. The Fauré was beautifully packaged: a gentle, somewhat melancholy set of pieces. There was a quite splendid string sound in the final, slow, movement (‘The Death of Melisande). The flute solo in ‘Sicilienne’ was poised and subtle.