Whatever the history of the event, this was a much anticipated concert. A success? Without doubt, from the point of view of marshalling large forces and making the thing work as a cohesive whole. An artistic success? Probably, though the cavernous acoustic of Liverpool Cathedral – with an eight-second echo – turned much of the work to mush. The forte parts worked, which would be expected, but so did the hushed pianissimos which were, for the most part, quite delicious. But it was the middle ground which suffered. The first part, fast-moving, with fascinating counterpoint, was mostly lost. The second (from Goethe’s Faust) part, altogether more expansive, worked better. 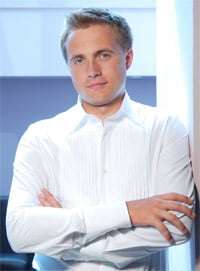 The orchestra, in general, was clear, the offstage brass adding a great deal without blasting-out the rest of the ensemble. The chorus – an amalgam of choirs from Liverpool, Chester, Huddersfield, Southport, almost anywhere within easy reach of Liverpool – worked well, though it was not always an easy coming together of forces. The boys’ voices, formed from the choirs of Liverpool Cathedral and Liverpool Metropolitan Cathedral and Holy Trinity Southport, were under-rehearsed and ragged. Again, the loud passages worked and the pianissimos were sublime, with Vasily Petrenko keeping an iron-firm grip on proceedings. But the diction – and blame it, again, on the acoustic – was dire and the fact that any light shining on the audience was switched off meant no-one could follow what was supposed to be happening.

Of the soloists Stefan Vinke, Tómas Tómasson and Mario Luperi all acquitted themselves well, on the whole, but it was the women who really made a mark. Claudia Barainsky and Claire Rutter – the latter making a very last-minute stand-in for Maria Borsi – simply sailed along with some absolutely glorious high sounds which blended in perfectly. The same could be said of the small contribution made by Malin Christensson. There was considerable depth and feeling to the contributions by Susan Bickley and Catherine Wyn-Rogers.

Doubtless it’s an event which will go down in the annals of music-making in Liverpool – probably more for sheer grandeur than for genuine artistic merit.