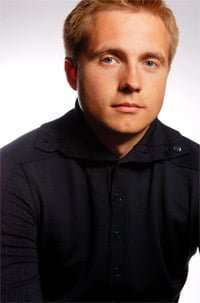 It is quite an experience to go to hear two Ninth Symphonies and know one almost back to front and be eagerly awaiting the first performance of the other. Such was the case for the last concert in this season’s series of Saturday concerts at the Royal Liverpool Philharmonic where the orchestra, under Vasily Petrenko, played Beethoven’s ‘Choral’ Symphony as well as Sir Peter Maxwell Davies’s new Ninth.

Max’s work, though, is something of a paradox. Commissioned by the RLP and the Helsinki Philharmonic it is dedicated to the Queen on the occasion of her Diamond Jubilee. Yet Davies uses the work to make a round condemnation of the nation’s interventions – called “disastrous” by the composer in his programme notes – in Iraq and Afghanistan. The confusion could arise, in the mind of the listener, as to how that sits in a work dedicated to Her Majesty who is, after all, Head of the Armed Services. And should that be the base, anyway, in a work which is supposed to be something of a celebration? The composer originally suggested that the symphony would reflect the Queen’s reign, “good and bad, happy and sad”. It seems entirely possible the work dwells on some of the least savoury happenings of her time.

It’s a concentrated piece following a distinct pattern: a triumphant opening and first half, which is followed by a somewhat introverted and slow second part. Within the work, a brass sextet interpolates a number of fanfares – completely appropriate for the nature and dedication of the work. In this performance the players are set slightly apart from the rest of the orchestra, though one can imagine that, in a larger environment, these interpolations could become intensely dramatic. In comparison with some of Max’s other symphonies the work is short – around 25 minutes – but, similar to other pieces, it draws on a range of influences. There are military marches, touches of modality linked to medieval plainsong, even a reworking of the trio from a Haydn String Quartet (Opus 54/2). He even talks of including the ghost of sonata form.

PMD No.9 calls for a large orchestra. The Royal Liverpool Philharmonic, under Vasily Petrenko, gave a stylish, accomplished performance. There are taxing moments for the percussion, with some skilful playing from the timpanist who navigated his way through a complex line. The same was true for those playing glockenspiel and marimba. Heavy demands are also placed on the upper woodwind, the players all rising to the occasion, though it did transpire that a considerable amount of rehearsal time had been devoted to a work that has a lot to say puts its message over in a concentrated, powerful way. It certainly deserves another outing and one is scheduled for August, when the RLPO makes its appearance with Petrenko at this year’s BBC Proms.

For the Beethoven the RLP was joined by the Royal Liverpool Philharmonic Choir – on fine form – especially after a highly controlled performance of Benjamin Britten’s arrangement of the National Anthem. Petrenko led the RLP in a deliberate – almost slightly dull – interpretation of Beethoven’s first movement, after which the scherzo bubbled away. Least convincing in this performance was the Adagio, which was lacking in emotion and felt somewhat stilted. The same could be said of the lower strings at the start of the finale but that was dispelled when the solo vocalists began their contribution. Gidon Saks was a powerful bass, though even he was often overpowered by the sheer verve and dynamic of the orchestra. Paul Charles Clarke was similarly overwhelmed while the two ladies gave perfectly fine performances though they felt just a little lightweight in relation to the music itself.