It seemed like a Proms Extra, the Royal Philharmonic Orchestra, Charles Dutoit, Martha Argerich – all had featured in the Royal Albert Hall this summer, as had the Bruch and The Firebird.

This concert was celebrating RPO 70, to which add Dutoit 80 (his birthday being on October 7) and, for that matter, an additional milestone is also cued, the Seventieth of the BBC Third Programme/Radio 3.

The Overture to Rossini’s final opera, William Tell, kicked off this RPO 70 evening, just as it did on 15 September 1946 in the Davis Theatre in Croydon (a London suburb) when the Royal Philharmonic gave its inaugural concert, Sir Thomas Beecham conducting, and the five professional London Orchestras – following the LSO, BBCSO, London Philharmonic and Philharmonia – that we appreciate today were in place.

Dutoit conducted the Overture with sensitivity and flair, the current RPO responding in kind, whether through some lovely cello-playing (led by Tim Gill) at the opening or with a collective joie de vivre for the final section (now indelibly associated with The Lone Ranger) that galloped along with panache. In between was a whipped-up storm and some expressive pastoral lyricism.

Martha Argerich then gave Schumann’s Piano Concerto with forward motion, mercurial temperament and the occasional mannerism, a sort of tempo-rubato. Fire and fortissimo, yes, hard tone too, but overall this rendition was notable for Argerich’s delicacy and ‘first among equals’ approach, the generosity of making chamber music with friends. In particular the romance of the music was brought to the fore, and there were outstanding contributions from oboist John Roberts and clarinettist Katherine Lacy. The RPO and Dutoit tailored an accompaniment both tactful and vital, always attentive. The slow movement was wistful, during which the cellos blossomed, and the Finale was athletic without over-sprinting, demonstration and subtlety rolled into one from all concerned. As an encore, Argerich offered a ruminative view of the opening section of Schumann’s Kinderszenen. 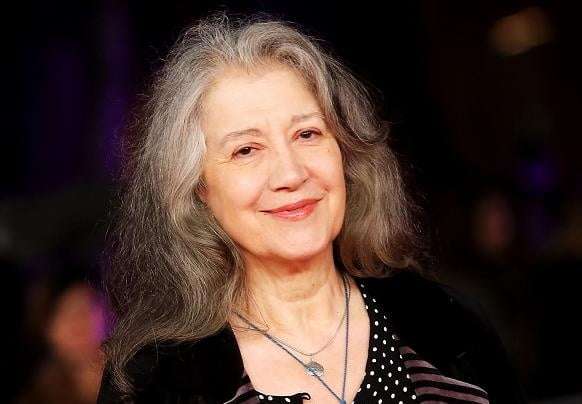 Max Bruch’s Violin Concerto No.1 is a great piece but its omnipresent programming is at the regrettable expense of his other two such works and the wonderful Scottish Fantasy. Nevertheless, Pinchas Zukerman gave a refreshing account of the G-minor and it was appropriate that as he is the RPO’s Principal Guest Conductor he also directed, bow as baton. Momentarily there was a clipped phrase or a sour tone from him, but also an integrity that refused to use the solo part as a vehicle for ‘self’. So, if the outer movements were a little stately, to advantage in the Finale, the central Adagio was meditative and soulful, and very affecting. Also of distinction was the confident, personable and fraternal contribution of the RPO musicians.

Finally the second of Stravinsky’s three Firebird Suites, each different in the choices the composer made from the complete 1910 ballet-score (and in his revising the orchestration); the one from 1919 is the most-often performed. Charles Dutoit (the RPO’s Artistic Director and Principal Conductor) was in vibrant form conjuring a reading that exploited a wide dynamic range, from mysterious hush to a pealing apotheosis (taken appreciably broader than most conductors and hugely uplifting in the process) via much that was suitably choreographic and poetically communicative, played with finesse, and with a liquidly phrased horn solo from Laurence Davies leading up to the ‘Finale’. The ‘Infernal Dance’, a little under-tempo if dramatically realised, was cued by and continued with venomous bass-drum shots – a 21-gun salute for a regal occasion, the RPO on seductive and scintillating form, its conductor no less so.