A rather disappointing concert, this, though not with regard to the playing of the RPO, which was, throughout, of a consistently high international standard. 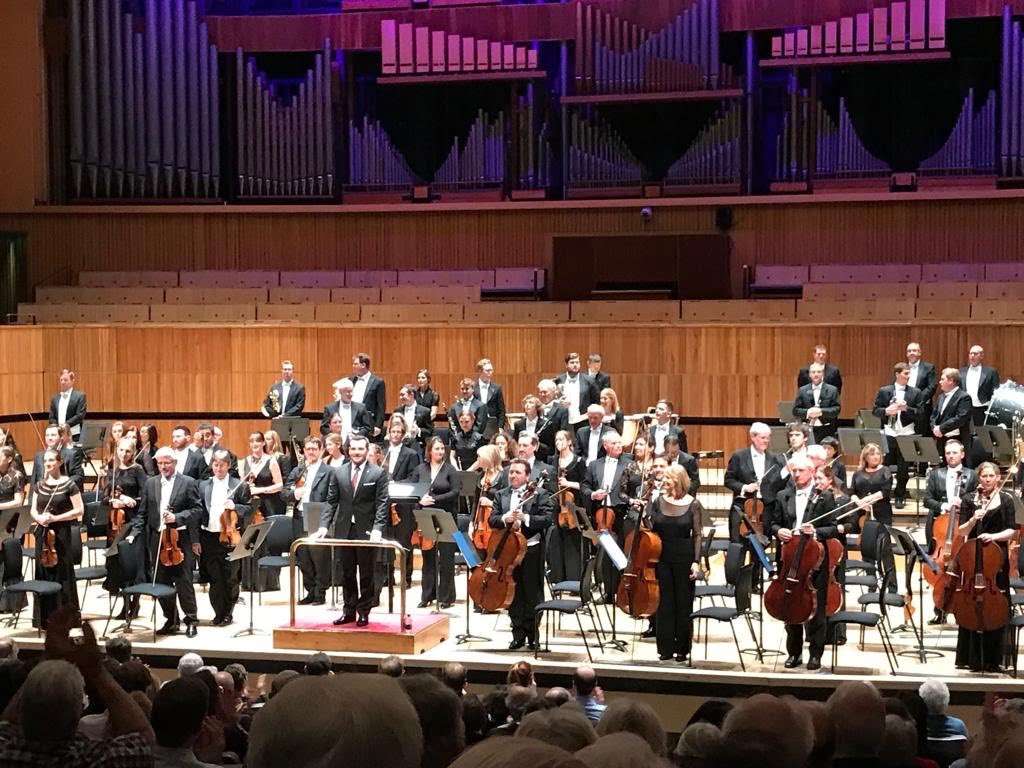 The worldwide acceptance of these two Russian masterpieces was not immediate, but today both are recognised for their profound qualities. As a consequence, Shostakovich’s Violin Concerto (for some reason, the equally fine but quite different Second is surprisingly neglected) and Rachmaninov’s E-minor Symphony are both much better known than they used to be, with frequent appearances and recordings. As a result, such shortcomings in performances as were given here, which might very well have passed muster twenty or so years ago, stood out rather too vividly.

Shostakovich’s uniquely planned First Violin Concerto is an exceptionally challenging work, both technically and interpretatively, the violin – as expected – taking the leading role virtually throughout (the opening of the Finale is the only passage in the work when the orchestra has the first say). Consequently, the soloist must be heard at all times, but Valery Sokolov (who has manifestly mastered the myriad technical difficulties of the work) was not so consistently audible. This was obvious virtually from the opening of the ‘Nocturne’, where one missed the bigger, fatter tone of Oistrakh père for whom the work was written – especially when the conductor’s sense of internal and external orchestral balance vis-à-vis the soloist caused Sokolov on more than one occasion to be almost wholly submerged.

More readily to be criticised was Sokolov’s intonation, often sharp and certainly displeasing, perhaps a natural consequence of realising that he had to cut through, as it were, the conductor’s too-enveloping texture. In any event, Sokolov’s tone, as conveyed, was not full or rich enough to carry the musical argument to any consistent degree, although one must praise highly his unfolding of the extended cadenza uniting the third movement and Finale – masterly. Sokolov played an encore, unannounced, which turned out to be Émile Sauret’s cadenza for Paganini No.1 (thanks to Chris Evans at RPO).

Rachmaninov’s Second Symphony was a more serious disappointment. The string strength now enlarged with additional desks in each section, it was clear from the opening pages that Lionel Bringuier’s grasp of the work was not as complete as we have a right to expect. By about the third or fourth page, the balance between winds and strings was awry, the former virtually submerging the latter, and the greatly significant motto theme on the winds was poorly phrased – its importance throughout the work thereby lost.

Far more serious was the omission of the first-movement repeat – this is not some optional extra, but a vitally important part of the Symphony’s overall balance, the omission of which seriously disfigures the structural relationship between the first and third movements, and the very last note – a powerful low E reinforcing the work’s tonal home – was weak and feeble: one could hardly believe that no fewer than eighteen cellos and double basses were supposed to be playing it, sff – as Rachmaninov significantly marked it.

Bringuier’s tempo for the Scherzo was a shade fast for the unfolding argument; nor was his control of the movement’s tempo changes that secure. Overall, it was the conductor’s uncertain sense of rhythm that was most disappointing, redeemed in many ways by the excellent unfolding of the long sinuous clarinet theme of the Adagio by Benjamin Mellafont. Only the final-third part of this great movement could be regarded as entirely satisfactory. The Finale was well-played, but the performance overall failed to demonstrate the essential features of this masterpiece.