This concert was held in commemoration of the First World War centenary and celebrated the “relentless bravery and deep devotion” of British and Canadian servicemen to the common cause during that conflict. 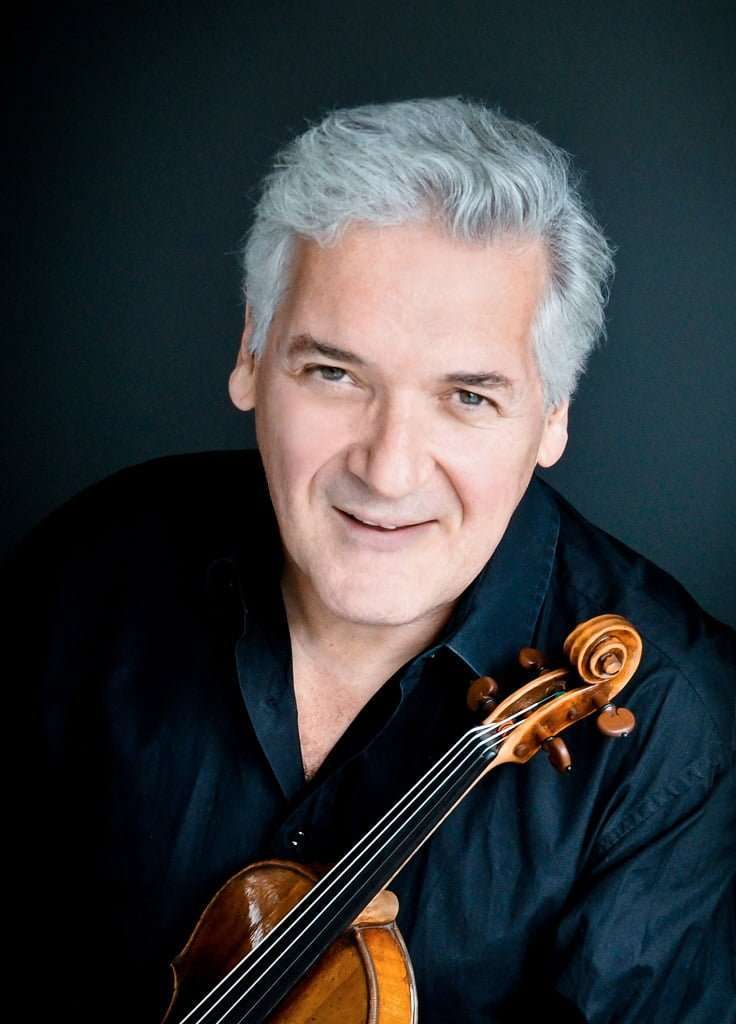 It wasn’t at all clear from the programme which orchestra was to play what, but in the event members of both joined to play the Canadian and British national anthems, and then a nucleus of RPO players remained for the Bach. This solemn piece from St Matthew Passion formed an appropriate beginning to the evening, and Pinchas Zukerman took up his violin to perform the obbligato, at the same time giving basic directions to the ensemble. In so doing he rather eclipsed the singing of Patricia Bardon through the great beauty of his playing.

A change of personnel then followed and the National Arts Centre Orchestra took the platform to join the chorus for what might be described as a cantata by the South African-born but naturalised Canadian composer Malcolm Forsyth (1936-2011). The work is in three main sections, and uses poems by four diverse authors which successively depict the nature of Canada’s far-Northwest countryside, the travails of Canadian combatants in the First World War and more recently in Afghanistan, and finally the wildness of Canada’s eastern shores. The music is straightforwardly diatonic. Forsyth’s writing for chorus is particularly effective and was tackled with relish by the excellent London Philharmonic Choir. The orchestral writing is clear and imaginative, occasionally abrasive, as in the depiction of battle, and elsewhere it is varied in colour and mood to reflect the changing moods of sadness, nostalgia and finally a sense of resolution, achieved through an awareness of the enduring presence of nature’s beauty.

For Beethoven’s ‘Choral’ Symphony members of both orchestras combined to form an impressive battalion, including eight horns, four trumpets, six trombones and a large string section. Zukerman can always be trusted to produce performances that are unfailingly and faithfully responsive to a composer’s vision, and so it was on this occasion. The first movement was taken at a basic tempo that seemed just right. The music developed naturally, and expressive episodes were contained intrinsically within a clear perception of the music’s mighty span. The innate rhythmic energy of the scherzo and trio was well released, and the only flaw was when Zukerman increased the basic tempo just slightly at one point, apparently unexpectedly, which caused a horn solo to be fluffed.

At this point, before the Adagio, not only did the four solo singers come on to the platform, thus inducing applause, but there was a general change of seating arrangements: for instance the RPO’s Clio Gould, who had been leader for the first two movements, now ceded her place to her Canadian counterpart, Yosuke Kawasaki. All very strange! But Zukerman’s sensitive handling of the third movement, which he allowed to blossom at a flowing tempo, soon banished the effects of the disruption.

The opening recitatives of the finale were impressively realised by a tonally magnificent band of 12 cellos and ten double basses, and the large orchestra then played the big ‘Ode to Joy’ tune with elation. The soloists were good together, David Stout delivering his opening statements with great authority, and Lisa Milne sang out well, hitting that frighteningly climactic top note impeccably. Once again, the London Philharmonic Chorus, performing now from memory, sang magnificently. At the end, all the audience, including Prince Charles and friends in the Royal Box, rose in appreciation. Did the performance reach those intangible and inexplicable heights that distinguish great interpretations from the very good? No, it didn’t, but it was certainly very good.