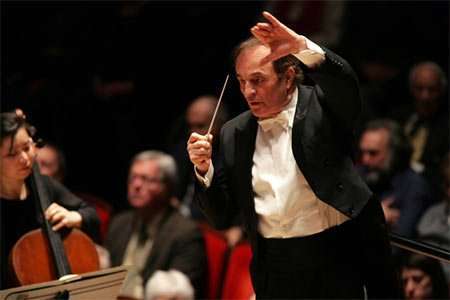 This well planned, well executed, all-together-excellent concert was something of a travelogue – Spain, Egypt, England, Spain (again), France and Vienna. Good on the RPO for restoring Chabrier’s España (1883), one of those orchestral gems currently lost to programmes that eschew short pieces and overtures (which is far too many of them!). Charles Dutoit led an agile and festive sombrero-wearing outing, ideally paced and well balanced, reminding that this composer was a master of his craft. 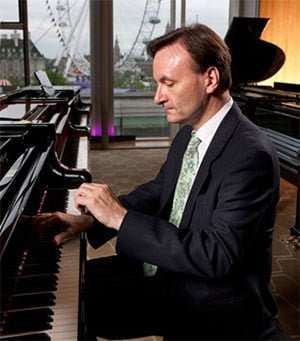 So too Saint-Saëns of his, as demonstrated in the Fifth (and last) of his Piano Concertos, its Egyptian nickname an afterthought, although it was composed there, the composer being an inveterate traveller. The work opens with a radiant tune, offering great appeal, something sustained throughout the three movements’ exoticism and suggestion, music of glitter, insouciance and drive. Stephen Hough plays Saint-Saëns with disarming virtuosity and affection, his account here of superb technique and inviting musicianship, shapely and seductive, athletic and vivid, and as dedicated as you could wish for, enjoying the local colour, the suggestions of moonlit silhouettes, the music’s quick-change character, the composer’s gift for melody and the sprinting finale, of fireworks and irrepressible joie de vivre. In all this, Dutoit and the RPO were smart and characterful accompanists. Sometimes Saint-Saëns gets a bad press despite his stellar accomplishments, both in music and outside of it. On this occasion the ‘Egyptian’ was illuminated by Hough and friends and made eminently persuasive. As an encore, Hough offered the perfect starlit wind-down, his own arrangement of a song by Jules Massenet, ‘Crépuscule’, delightfully dulcet and to be found on the pianist’s French collection on Hyperion.

As for Debussy’s set of orchestral Images (there are also two collections for piano), Dutoit and a very responsive RPO worked wonders on these miraculously inventive, evocative and fastidiously scored pieces. ‘Gigues’ had a foot-tapping lilt and was scrupulously detailed, Dutoit nicely flexible in his approach. Then the dry heat of Spain was vividly brought out, contrasted with some slinky twists and turns that took us to Spanish suburbia before a sultry and sensitive realisation of night-time’s breezes and fragrances. Then the sky brightened again to return us to the festivities that Chabrier had already previewed. Arguably the greatest music here is found in the French leg, ‘Rondes de printemps’, its subtle complexities deftly revealed in spellbinding fashion, all that harmonic detail forming a fleeting yet tangible whole. At the close, it was telling that Dutoit bowed first to his orchestra; and how good to hear these five movements (‘Ibéria’ is tripartite in design) without interruption, whether mechanical or human.

Finally, La valse, Ravel’s post-World War One creation (from 1920) that initially fashions the splendidly bejewelled world of nineteenth-century Vienna before crushing it. It’s easy to play it as an empty showpiece, something that Dutoit avoided. Rather there was always an uneasy undertow, the waltz rhythms already shaky, if in full swing, before cataclysm (Dutoit encouraging rasping disruption), a freefall into annihilation, and quite disturbing: surely what Ravel intended. Nothing can follow it. This was a top evening from the Royal Philharmonic Orchestra and its Artistic Director and Principal Conductor; long may Charles Dutoit remain so.