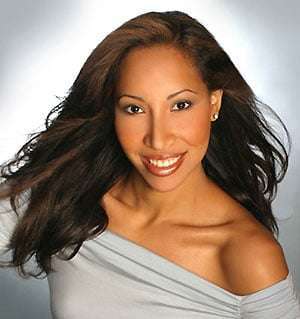 Francis Poulenc completed his Gloria in 1959, writing it in honour of Mr and Mrs Koussevitzky, the Boston connection maintained with the first performance being there, in 1961, under Charles Munch. It was then rushed into EMI’s Paris studios to be recorded, Georges Prêtre conducting, the composer in attendance, one of his last rites, for he died in January 1963 at the age of 64. It is delicious music, compact, acerbic, but with a ready wit, dancing rhythms and bittersweet lyricism, nearly secular save for a nod to monkish plainsong and sanctified reflection. Charles Dutoit led the six movements without pause, obtaining a crisp and sensitive response from the Royal Philharmonic Orchestra (he’s its Artistic Director and Principal Conductor), relishing this upbeat, twinkle-in-the-eye and ravishing music. Nicole Cabell was as radiant and as earthy as necessary, and the Philharmonia Chorus, powerfully communicative, vibrant, and very together, continued its renaissance under the preparatory guidance of the estimable Stefan Bevier.

The complete score for Daphnis and Chloe can have its longueurs. Not here in this beautifully prepared and executed outing, full of Grecian promise from the off, and which fully satisfied Ravel’s choreographic and symphonic ambitions. Finely judged though most aspects were, there was a case for now having fewer members of the Chorus, sitting for less loudness, or even placing them offstage, heard but not seen, for their (word-less) contribution, however secure, tended to be too immediate and overpowering, and the RPO’s trombones could be somewhat blaring. Overall though this was a compelling performance, elegantly, incisively and thrillingly sculptured by the 77-year-old athletic Dutoit (mostly with a baton, sometimes with a shimmy), slow-burning without losing tension, incident-packed, descriptive and, when required, exciting – the ‘Danse guerrière’ a nifty number indeed (although better if the Pirates had not kidnapped Chloe but absconded with the obnoxious whisperer and paper-rustler who intruded into the music from time to time) and the final ‘Danse générale’ was a suitably hedonistic bacchanal, the lusty Chorus now coming into its own. In what was a seductive, picture-painting and dynamic reading, the strings rich, the solos charismatic (not least from flautist Karen Jones), and the whole orchestra focussed and dedicated, an expansive 58 minutes seemed rather shorter. The French have a word for it: Splendide.