Mussorgsky, arr. Rimsky-Korsakov
A Night on the Bare Mountain
Grieg
Piano Concerto in A minor, Op.16
Stravinsky
The Firebird 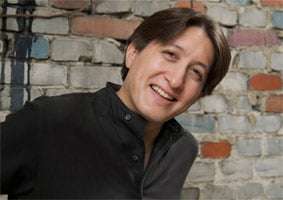 The great disappointment was the withdrawal of André Watts (too little seen in the UK and not for several years in London), due to a family bereavement. His innate musicality as well as his trademark spontaneity and delight in making music could have been just what the attractive if flawed Grieg Piano Concerto needed to blow-away its cobwebs and clichés. As it was, Freddy Kempf came along and walked the thin line between fidelity and contrivance. His very first entry was mannered both dynamically and phrasally, and although he could be poetic and natural, such moments were outdone by an aggressive left-hand, with accents banged out, and his cherry-picking of notes. When he wasn’t displaying affectation, he was being precious, and when neither of these he was wilful, such as in the first-movement cadenza. Kempf did though illuminate that Grieg had some kinship with Liszt (reasonably enough given the latter played the work through to Grieg and showed approval of the concerto), but, overall, and however welcome individuality as such is, Kempf’s old-world fluctuations and mannerisms (impositions even) only convince if you don’t know you’re doing them. Charles Dutoit and the Royal Philharmonic Orchestra offered steadfast support, not least warm and soulful strings to open the slow movement or these instruments’ shimmer underneath Ileana Ruhemann’s lovely flute solo in the interlude of the finale.

Indeed all the woodwind principals were in wonderful form, be it John Anderson (oboe), Michael Whight (clarinet) and Jaroslav Augustyniak (bassoon); and, in The Firebird, Tim Thorpe produced some wonders on his horn. The concert opened with Rimsky-Korsakov’s sanitised arrangement of Mussorgsky’s Satanised original – even so it’s a very enjoyable version for which the RPO responded with attitude and brilliance to Dutoit’s deliberate tempos – which emphasised the earthiness of the score, hobgoblins to the fore – and with rapt sensitivity in the quiet ‘sunrise’ coda, heralding the morning after the macabre shenanigans of the night before.

Less than a year ago Charles Dutoit and the RPO played The Firebird complete in Royal Festival Hall. Here we were again – and justifiably so, for this immaculately prepared performance (about to tour) made for persuasive listening over its 48-minute course. If ‘Infernal Dance’ was rather tame, save for some ridiculously disfiguring bass drum strokes, and those flame-thrower trombones the RPO possess were in overbearing balance for the final bars, the performance in general suggested Dutoit and the RPO as a class act, the conductor’s vibrant leadership inspiring playing that was refined, deft, iridescent, shapely and sparkling, the violins exhibiting notable sheen and the lower strings finding a depth of sound not always apparent in the RFH. The solo string-playing was exquisite, woodwinds their equal and lovingly intertwined, a magical atmosphere and vivid narrative conjured, Dutoit blending the luxuriant, the lucid, the expressive and the dramatic to compelling effect.

The original score for The Firebird is an extravagant affair, using an orchestra seemingly too large for a theatre pit (that of Paris Opera in 1910) – with enough percussion for seven persons, a piano, three harps, a celesta, and a goodly assortment of winds (piccolo down to two contrabassoons) and a full complement of brass – and with Stravinsky seemingly trying to outdo instrumentally anything that Fokine choreographed or Karsavina danced. Stravinsky reduced the scoring (differently) when compiling the 1919 and 1945 Suites, but the original version – however much a budget-breaker it may be – can deliver, and did here, a feast for the ears, an account leaving in no doubt that the RPO and Dutoit (Artistic Director and Principal Conductor) are a charismatic partnership in London’s musical scene.