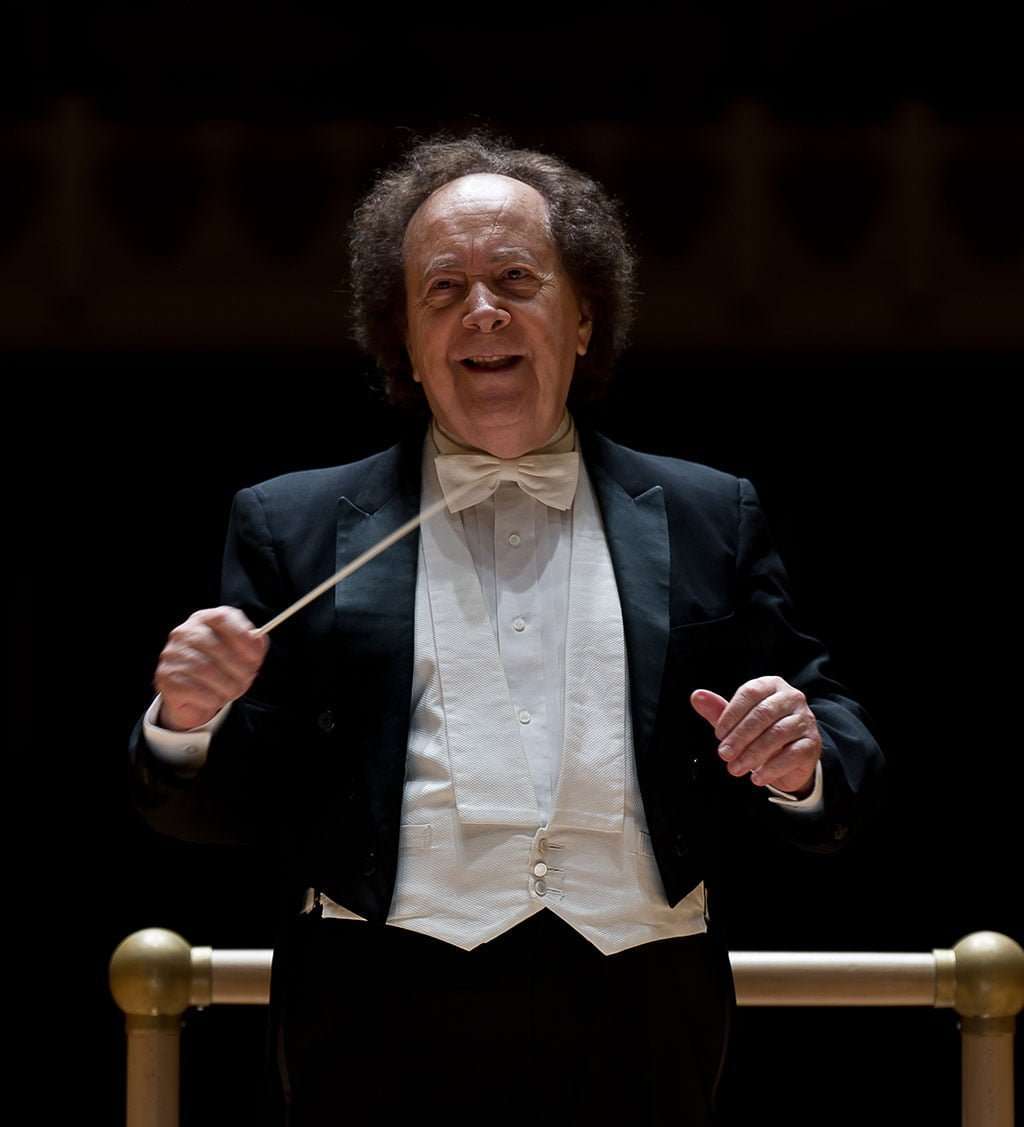 Long used as encore fodder, it’s rare that Dvořák’s Slavonic Dances are included in an advertised orchestral programme (our loss). It was good to hear this well-chosen foursome from the sixteen. José Serebrier has recently recorded all nine of Dvořák’s Symphonies, a composer close to his heart, and if the Dances are lighter fare they too can have emotional intensity and pathos, brought out here with affection and identification, not least the expansive E-minor. Lilt and zest informed the A-flat. The outer numbers might both be thought to have been on the stately side, with a tendency to sound edgy (in this acoustic), especially Opus 72/7, which normally flies along, but here what was lost on the speedometer was a gain for instrumental and expressive clarity, Serebrier the illuminator.

The only way to find out what an unfamiliar piece of music is like is to go hear it. The Last Paradise (1993) by Xiaogang Ye, born in 1955, proved to be worth the effort. Its inspiration concerns the composer and his family’s suffering during the Cultural revolution, of starvation and that death was believed to be “an escape from a painful life…”. This “tone poem” – quixotic, descriptive, naturalistic – opens with the soloist’s soliloquy (including quarter-tones) and embraces panoramic horn-writing and percussive clip-clops. The Last Paradise a vibrant, soulful and likeable piece that includes indigenous colours and melodies (naturally belonging), if not without suggestions to other composers, however incidental, Bartók in particular, and its 16 minutes made a persuasive impression. It was good to welcome back Cho-Liang ‘Jimmy’ Lin to London. He seems to have been away awhile but has lost none of his fluency and commitment. He, the RPO and Serebrier gave a UK premiere that delighted the composer, the percussion pattering into the distance at the close, presumably the soul of a spirit ascending, “carried to heaven and eternal happiness.”

Mussorgsky’s Pictures at an Exhibition – from piano original through many weird, wonderful and wacky arrangements – needs no introduction. As nearly ever it was heard in Maurice Ravel’s pristine orchestration. As in the Slavonic Dances, some quieter playing would have been welcome, although there was dynamic variance, from mezzo-forte to much louder and certainly Serebrier and the RPO put on a good show in this graphic and incident-packed account. If there were a few bloopers in the playing there were also many memorable, ear-catching moments, such as the eerie slithering of ‘Gnomus’ (not least the bass clarinet’s jabbering), Amy Green’s alto-sax contribution to ‘Gnomus’ (welcomingly swift if lacking atmosphere at this volume), an affluent ‘Samuel Goldenberg’ and a shivering ‘Schmuyle’ (one man fortunate, the other less so), a stark ‘Catacombs, the raw energy and Rite-like attack in ‘Hut on Fowl’s Legs’ and, finally, a majestic, brassy and bell-dominated ‘Great Gate of Kiev’, designed to impress.

An encore was unexpected, Bach’s famous ‘Air’ (from BWV1068), for which the RPO’s G-strings were in fine fettle. Bach is next to godliness however you play his music – here with love, tenderness, dignity and richness of sound and expression. You know what, these few minutes were altogether special and ‘made’ the concert.