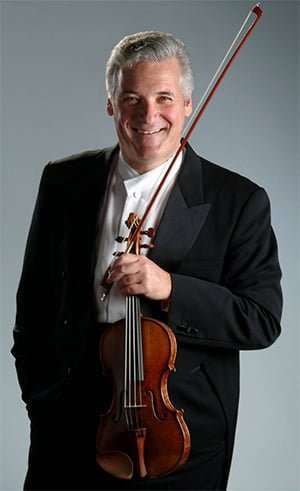 Mozart and Mahler, especially the Fourth Symphony, which is comparatively brief in Mahlerian terms, make a particularly effective combination. An added bonus was that we got not one but two Zukermans, father and daughter.

Written when he was 19, Mozart’s G major Violin Concerto is one of those miraculous works of his youth which seem to have sprung fully-formed from their composer’s pen. The Adagio’s luminous cantilena takes one straight to the moonlit world of some of the great soprano arias. Pinchas Zukerman’s account with a suitably slimmed-down Royal Philharmonic Orchestra utilised the widest tonal palette and was unashamedly emotional yet stylish, which took us back to an earlier age. The finale, in the French style, had an affectionate smile on its face and a particular pleasure throughout was the positive interaction between soloist and orchestra.

The Mahler was an unalloyed delight, taking us by the hand into that faux naïf world of youth, catching that feeling of wonder and immediacy very effectively. Interpretatively the symphony contains many pitfalls and negotiating these can prove a major hurdle even for the most technically equipped conductor. Zukerman, not only a great violinist but also a great violist, may have come to conducting symphonic ensembles comparatively late in his career but clearly enjoys the closest rapport with the RPO. He is now in his fourth season as Principal Guest Conductor. The two great virtues of this performance were its restraint – because the dynamic levels were understated one could hear a great deal of frequently obscured detail – and its sense of line. In the first movement the argument can be frequently disrupted by an over-literal observance of Mahler’s very detailed markings and the thread is lost. From Zukerman, whatever the pressings forward or holdings back, one always had that sense of returning to a comfortably jogging base tempo. Also there was a welcome avoidance of point-making; for instance at their very first entry the violins stole in without the usual hiatus, and similarly the little horn cadenza just before the movement’s close avoided the agogic exaggeration to which it is sometimes subjected. Special praise too for the woodwind ensemble, not least Emer McDonough’s characterful flute and John Anderson’s plangent oboe. 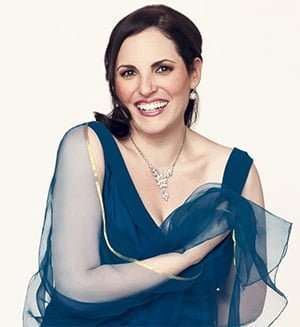 It is worth noting that in the first movement and in the succeeding scherzo in the style of a Ländler, Mahler qualifies the tempo markings with the words (in German) “don’t hurry” and “without haste”, a point particularly well taken by Zukerman in the second movement in which Duncan Riddell’s re-tuned violin was a constant menacing presence weaving in and out of the texture. One criticism: Mahler’s ‘bells in the air’ Schalltricther auf markings for the clarinet are a contentious issue and were seized on here with such vehemence as to be quite unduly prominent. Best of all was the slow movement, Ruhevoll, literally “peacefully’, where once again Mahler’s qualifying poco adagio marking is significant. Here Zukerman’s gently flowing tempo and his expertise as a string-player helped sustain the line, producing outstanding results – seldom have I heard such lambently beautiful playing from a viola section, especially in the divided leads into the fff outburst at the movement’s close. Prior to that the successive increases in speed – Andante, Allegretto subito and Allegro subito – were precisely calibrated.

The entry of the soprano for the “Child’s Vision of Heaven” finale always poses a problem. One doesn’t want the mood of the slow movement’s magical close destroyed by the singer ‘making an entrance’, got around here by having Arianna Zukerman thread her way through the orchestra during the preceding outburst which worked well, although her appearance could hardly be described as unobtrusive. However, despite the family relationship, this was the least satisfactory part of the performance. Inevitably with three-quarters of an hour to contemplate things, this is a challenging moment for any singer and especially for a young one. Not surprisingly she took a little time to settle but more surprisingly the conductor pushed the tempo unduly in the faster sections and allowed too little sense of expansion in those ethereal moments where time is suspended; a more expansive approach would have been kinder to the singer and allowed the repose of the final paragraph (“No music like this on Earth”) to register more fully. Nevertheless, this was memorable music-making.