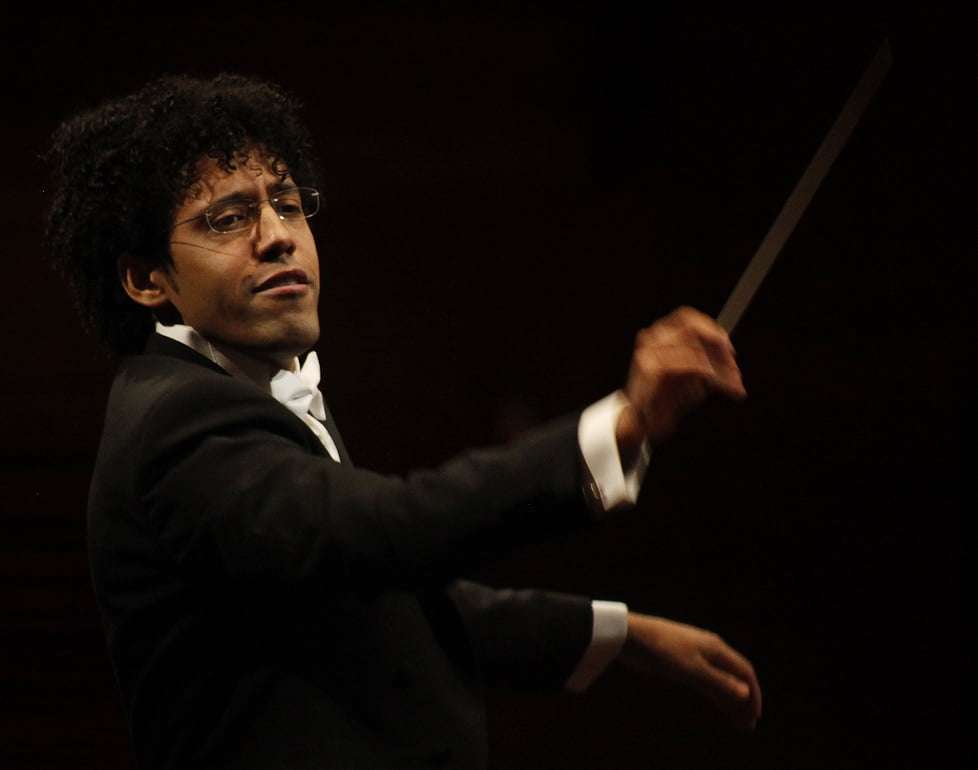 Replacing Charles Dutoit (see below for a link to a Statement by the Royal Philharmonic Orchestra), Rafael Payare has a striking appearance and a vigorous conducting style – at times looking more like a fitness freak working to an exercise manual. Charismatic he may be, but on this showing energy levels did not necessarily translate into performances of great insight or compelling drama.

Nonetheless the RPO was on excellent form and brought off a dashing Don Juan; strings clean and assured in the notoriously tricky opening bars, woodwind and brass providing decoration and punch, and harp and glockenspiel plenty of colour; double bassists attacked pizzicatos with savage vigour, and there were impressively declamatory horns before the final section. Some fine individual contributions, too – including a wistful oboe (John Roberts) and eloquent violin (Duncan Riddell) that helped bring to life Richard Strauss’s masterly portrait of a Spanish roué – as told by Nikolaus Lenau – and a stupendous achievement for a composer in his twenties.

Where the Strauss had been vivid and purposeful, Mozart’s ‘Haffner’ Symphony felt like a limp watercolour, dominated by strings, although timpani from Matt Perry (using wooden sticks) were to the fore, his attack welcome and providing much of the zest that was absent from woodwinds and horns which Payare kept at bay much of the time. There was plenty of stylish playing but the explosive start to the opening movement was underwhelming and the sense of quiet mystery in the brief development section could have been emphasised. The middle movements were both charming (violins neat and tidy in the Andante, both halves repeated, for the obsessive pecking rhythms) although the Minuet suffered from unvarying dynamics. Relief came in the well-judged tempo of the Finale (marked Presto) – although the show remained with timpani and strings.

Then back to Spain for one of the most loveable literary characters, Don Quixote, Strauss’s Variations relating to episodes from Cervantes’s epic tale that portrays Quixote and his long-suffering servant Sancho Panza. For this occasion, it was Alban Gerhardt who brought much refinement, if not always variety of character, to Quixote, but adding warmth of tone in subdued passages. His dialogues with the assured Abigail Fenna (RPO principal) embraced playing of noble intention, the deathbed scene wonderfully tender.

Despite the somewhat cautious tempo taken by Payare at the start, the RPO rose to the occasion magnificently providing much detail as the music’s increasing phantasmagoria developed; tenor tuba (doubled by bass clarinet) stood out in the Ranz des vaches melody, windmills loomed menacingly, and sheep bleated pitifully. The journey through the air was no less vibrant, but the wind-machine was barely audible over the flood of demisemiquavers allotted to strings and flutes. Bassoons were ear-catching as monks, while trumpets and timpani let fly with unrestrained glee in the duel scene. But these chivalric adventures did not always command attention, never quite cohering into a seamless structure and generally earthbound.