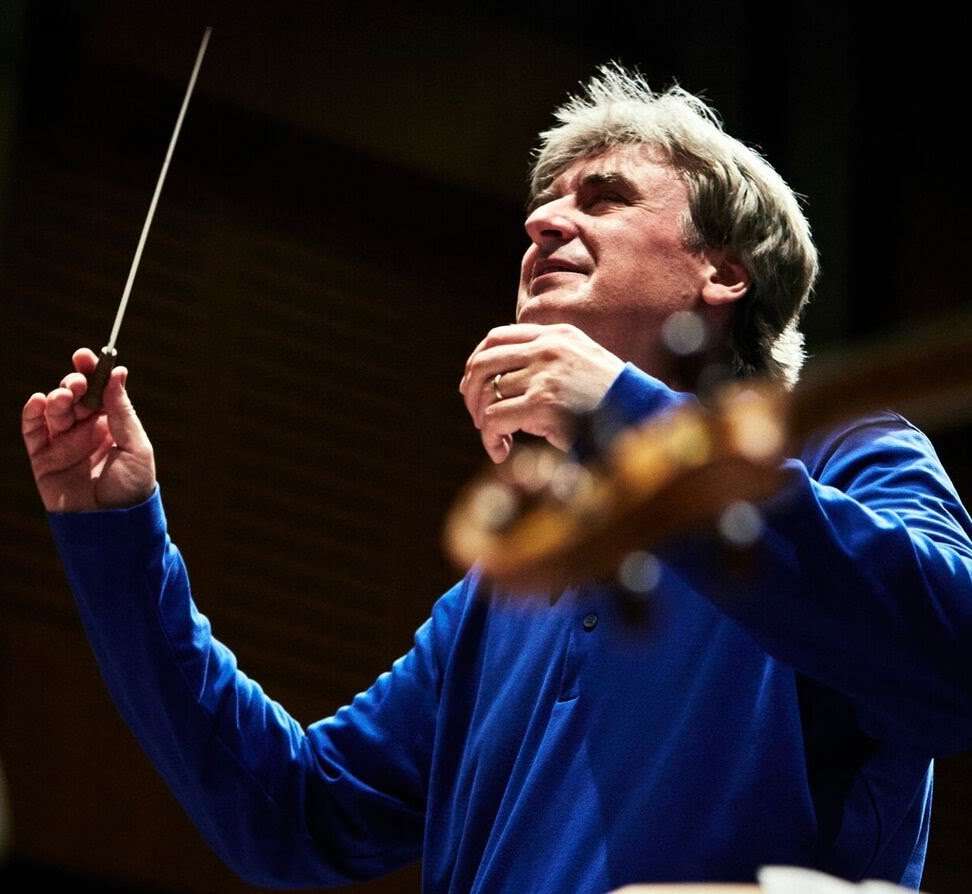 Thomas Dausgaard began this Royal Philharmonic Orchestra concert with a gripping performance of Sibelius’s Seventh Symphony. The conductor’s passionate commitment to this music was at once evident when, after some twenty bars, a hushed, mysterious string sequence enters. Here the tempo was immensely slow but Dausgaard’s way of unfolding this beautiful yet disturbing passage was to imbue it with extreme tension. Eventually the music emerged into sunlight, not by an unmarked crescendo but by obedience to Sibelius’s more subtle requests to play less quietly (poco a poco meno p).

Throughout this measured account awareness of the intricacy of the scoring was evident – the trombone theme that emerges from time to time, ingeniously unifying the Symphony, loomed darkly through the texture rather than being a featured solo. Dausgaard’s interpretation could almost be described as ‘romantic’ except that the term is not suitable for this serious composition with its moments of cold remoteness, but there is also warm comfort – especially when the harmonies resolve into a glowing major key. 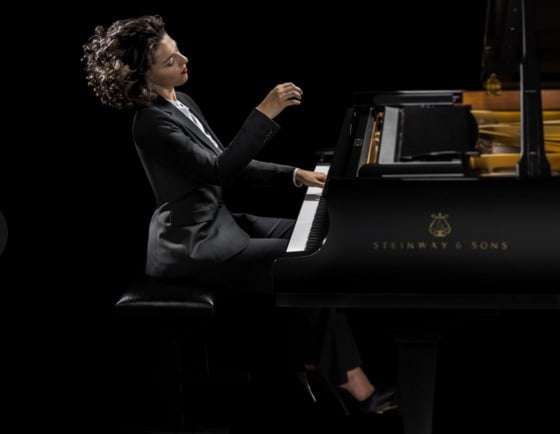 Georgian-born Khatia Buniatshvili’s reading of Schumann’s Piano Concerto is highly individual – after the opening flourish, her introduction of the main melody was expounded with amazing care and delicate expression at an extraordinarily unhurried pace. It was clear that she would savour every last detail. By contrast, virtuosic passages were thrown off with astonishing skill and Dausgaard achieved unity with her, enabling the music to sweep excitingly forward. In the central ‘Intermezzo’, delicacy was all, Buniatshvili’s very personal way often meant that the tapering-off at ends of phrases gave an interesting ‘throw-away’ effect although sometimes not every note was audible. Suddenly the Finale arrived, taken at a fierce pace and as vivid as I can recall. There was no easing for lyrical woodwind entries but a driving and dynamic rendition.

As an encore we were given an extremely subjective view of ‘Clair de lune’ from Debussy’s Suite bergamasque; slow, savoured, expressive: eccentric, but it shone new light on the piece.

Individual interpretation remained for the Tchaikovsky. The opening had enormous power and Dausgaard’s conducting was of great urgency. There was freedom of tempo but where the composer requires relaxation the change was never sudden. Dynamics were strongly contrasted and one rather unusual example was when the two long episodes in which timpani gently underpin the quiet melody with soft repeated strokes, the sticks seemed barely to touch the drums. After an overwhelming coda to the opening movement, Dausgaard was elegant in the Andantino and the change to the march-like central section was approached by the use of a long accelerando – a very convincing approach.

The strings, which had combated the heavy brass throughout, were in remarkable unison during the demanding rapid pizzicato Scherzo. They were even more impressively strong in the Finale where there was maximum animation and Dausgaard’s view of balance was clearly revealed: heavy brass was never held back – even the trumpet-led motto that pervades the outer movements only just rose above the massive sound of trombones and tuba, which were played with great accuracy. The ferocious retorts from horns were almost as precise. In the context of this colourful version, such rousing, thunderous, furious determination was absolutely appropriate.