Tchaikovsky’s powerful and ever-popular music brought a capacity audience to Cadogan Hall for what was a generally splendid concert, the Royal Philharmonic Orchestra on top form, playing with commitment and enjoyment for José Serebrier. 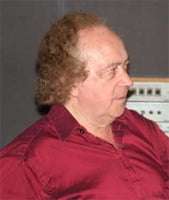 To begin the programme was Serebrier’s transcription of the immortal melody (itself taken from folksong) that is the Andante cantabile. Although it has long been a string-orchestra favourite, Serebrier, dissatisfied with existing versions, has made his own. It is very successful, luminous and rich, and here given a flowing and heartfelt account, beautifully played.

Nicolas Koeckert, born in 1979 in Munich and described as German-Brazilian and “from a traditional musical family”, clearly cares a great deal about accuracy, yet such a goal inhibits more shapely lyricism. Too often his playing was aggressive in trying to be so exacting, and his intensity (more to do with determination than passionate involvement) became wearing – a greater sense of colour, shape and dynamic contrasts was needed (he also over-projected for the size of hall that Cadogan is). There seemed little room for spontaneity, either; consequently the orchestral accompaniment was more beguiling than the soloist’s contribution, there being little to suggest that Koeckert was interacting with either orchestra or conductor; rather they served him well. That Koeckert is committed to playing the violin as well as possible is beyond doubt, that he can so is equally evident; but deeper musical resource, better awareness of sound, and the need to unwind, should now be more of a preoccupation for him.

A glance at Serebrier’s biography mentions two enduring conductors of the past: Leopold Stokowski and George Szell. The former praised Serebrier’s skills at balancing an orchestra (which was much in evidence in this performance of the Tchaikovsky symphony, a multi-dimensional work potentially difficult to bring off in the relative confines of Cadogan Hall) and this writer was reminded of Szell’s great Decca/LSO account of this work (admittedly issued posthumously) during Serebrier’s thrilling and considered conducting of it.

From the stark and sonorous brass summons to the stirring closing bars, this was a performance that gripped the attention. Serebrier’s combining of passionate sweep and symphonic integrity was near-ideal (the occasional intervention ear-catching and usually convincing in the thrust of the whole) with much that was also subtly brought off, the RPO woodwinds playing with particular character. Overall, it was the mix of emotional identity and musical integrity that brought out the mixed consciousness of the work (and while one could quibble some changes of tempo and other) there was a conviction here that really brought the music alive.

Oh, if only some in the audience had not applauded between movements. It is such a thoughtless act – and potentially ruinous. Anyone familiar with Serebrier’s Bamberg Symphony Orchestra recording of Tchaikovsky 4 will know that he likes to ‘attach’ the second movement to the first – unusual but very convincing. Here the moment was lost, and it was Serebrier’s intention to do it, for he made the point by continuing as soon as the clapping ceased (but that still didn’t deter applause intruding later!)

Otherwise the second movement flowed (maybe a bit too much and not as tapered as might be thought desirable, although its turn to darkness was well captured); the pizzicato scherzo fizzed and was deftly played (the trio a frolicking carnival) and the finale (over-emphasised at times and with cymbals a mite too ‘crashing’) built to an exhilarating conclusion – live music-making at its best.