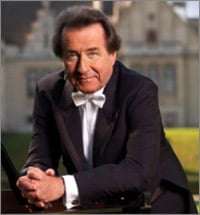 Two heroic and popular works coupled together should have been a box-office winner, but proved rather less so for the Royal Philharmonic on this occasion – more a comment on fickle London audiences than anything else (or perhaps suggesting that few concert-goers are also record collectors, for Rudolf Buchbinder – not a regular in the UK and who turned 60 in 2006 – has cut some fine discs, including both of Brahms’s concertos, with Nikolaus Harnoncourt conducting the Concertgebouw Orchestra, a distinguished set of Haydn’s sonatas and all of Mozart’s concertos that Buchbinder directs from the piano). But the RPO’s Brahms/Strauss series has been somewhat cursed in that the Orchestra’s music director Daniele Gatti has so far failed to show. His non-appearance this time was due to “serious family illness”. Here’s hoping for ‘third time lucky’ on 23 May.

Meanwhile, Vassily Sinaisky stepped in and was fully in charge of the situation. That said, the lengthy orchestral introduction to Brahms’s D minor Concerto was rather too temperate, and just a little scratchy, but there was attention to small details that was gratifying. If Buchbinder was emotionally non-committal, his was a technically secure performance in which Classical sobriety eclipsed Romantic identification; too often passages that demand to be yielded to were carried off ‘in tempo’ the base of which was just a little too direct to cover possibilities. Similarly the depths of the slow movement were rather glossed over, although no-one could complain that the notes themselves were not sensitively spun. Only the finale really came off (as did the powerfully opened-out development of the first movement): determined, somewhat bullish, plenty of capacity when required and a wholesome approach that avoided sagging. The cadenza brought a proper sense of summation and release, although the ultimate coda was rather tame – very much summing up that this was an overview rather than a defiant wrestling with tragedy. 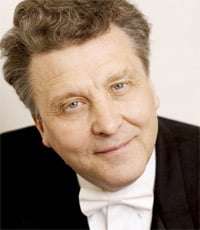 Conversely, Richard Strauss’s Ein Heldenleben was a glorious success, played with verve and commitment and, while not without some rough edges, a real sense of enthusiasm that overcame the occasional ‘dodgy’ moment. Sinaisky, in avoiding over-blowing or distending the music, made it seem less verbose and portentous than can be the case (more in line with the composer’s own conducting of his music): this Hero arrived on a dashing white charger rather than being festooned and weighed-down by medals; the ‘critics’ were less viperous than usual (only fair!); and the Hero’s companion (Pauline) was tenderly introduced, guest leader Andrew Haveron quite outstanding in his vivid portrayal of Frau Strauss (beautifully played, too) – seductive, feisty and capricious; and, come the ‘sunset’ epilogue, his entwining with Chris Parkes’s horn solo was a perfect marriage.

However autobiographical this work is (Strauss the Hero, you understand), this is music written by a composer in his early thirties, albeit one who prophesised a long career for himself – “Four Last Songs” was composed by an 84-year-old. Sinaisky reminded that this is music written by someone young and precocious. If the ‘Battle’ was here scaled down somewhat – something fantastical in the mind, toy-soldiers the fodder – there was a compensatory revealing and placing of detail, and the quotations from Strauss’s earlier works were beguilingly touched-in. Equally memorable were the RPO’s strings in full bloom. To cap an absorbing and vernal performance, Sinaisky ensured that just about every member of the orchestra took a bow and, when the full band was upright, he simply left the platform for the musicians to take the applause. A real team-effort.