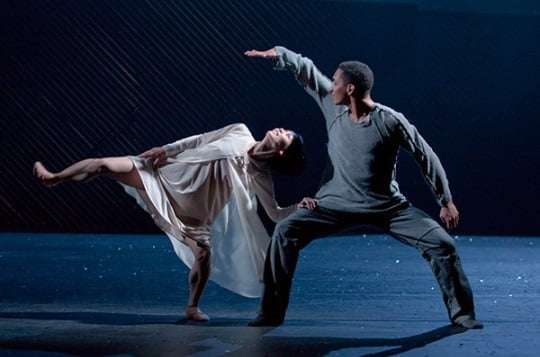 The veteran Swedish choreographer Mats Ek continues to be the toast of continental Europe but his work is seldom seen in the UK – The Royal Ballet briefly had his Carmen in its repertoire over a decade ago. It was certainly something of a coup for director Johannes Öhmann to persuade Ek to create a new version of Romeo and Juliet for his ensemble in 2013. Öhmann has taken The Royal Swedish Ballet down a more contemporary path and with this new version of Shakespeare’s tale, he possesses something of a calling-card – a unique and purely Swedish production.

Ek is known for off-the-wall reinterpretations of the ballet classics (Act II of Giselle is set in a lunatic asylum, and Aurora, the sleeping beauty herself, is a drug addict), so it comes as something of a surprise that he seems to have reined himself in with this story. Nothing too whacky, but certainly a paring back of much detail and, indeed, narrative; there are times when the narrative shudders forward and then stalls – one gets the impression that these are episodes from Juliet and Romeo rather than their whole story. That is all well and good, but with the narrative sketched out, the assumption is that the audience knows the story well-enough to fill the gaps and colour it in. 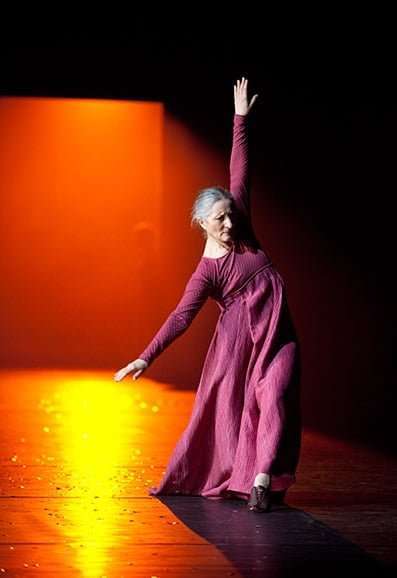 It is difficult to identify Tybalt and the Prince of Verona, Paris and Rosaline but, given they are named, knowing who they represent is, presumably, important. One has to make the assumption (correctly) that the comedy duo of lanky Jérôme Marchand and baleful Hokuto Kodama are in fact Mercutio and Benvolio, given they have very little interaction with Romeo and that their movements do little to convey character or meaning pertinent to the story. Similarly, a bout of somewhat concerned calisthenics is not enough to establish the Prince of Verona as a leader tormented by his own increasing inability to rule.

The work has a distinct aesthetic, with huge wall-panels of corrugated metal which are moved around to create variety of settings, at the top of which Juliet appears at her balcony and over which Romeo does some deft clambering, a potent image of his fleeing into the night. Oodles of stage smoke and moody lighting add to what is undeniably potent scenic imagery and an atmosphere of menace and oppression. This is dispelled when what one assumes are the Capulets prowling the streets of Verona appear on Segways (although the entrance of Juliet’s nurse on one in the second act brings welcome comic relief). 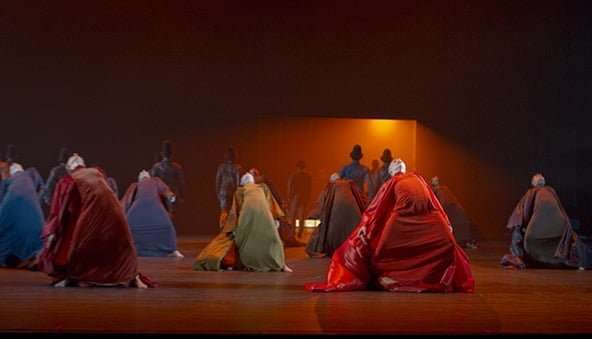 Costumes are best described as Scandinavian eclectic, from swathes of rich-hued satin at the Capulet ball, to sci-fi galactic spaceship uniforms for the men, street-wear for Mercutio and Benvolio, and the weirdest headgear I have seen on a dance stage for many a moon: they remind of the hats in Tomi Ungerer’s children’s story The Three Robbers, but a friend observed they were more like Ken Dodd’s Diddy men. Juliet appears in a custard yellow shift and Romeo sports simple trousers and a loose top. One excellent decision was to steer well-clear of Prokofiev’s dominating score and, in its place, use a selection of Tchaikovsky, even if several of the pieces chosen already have dance movement associated with them. But the Russian’s music possesses sufficient sweep to carry the story along, even if is to be regretted that it was heard in a recording by the opera house orchestra back in Stockholm.

Ek’s dance vocabulary has a child-like, sometimes childish quality to it, composed of lunges, crooked legs and arms, and incessant hand gesturing. It does not in itself communicate anything, but from the seemingly unrelated succession of movements come telling moments: during the lovers’ Balcony Duet, their childish gambolling evoked the delirium of first love, a playground joy at a new-found and exciting game and is an appropriate medium to evoke two children embarking on sexual discovery. Elsewhere, the dance carries little of the weight needed: Tybalt’s murder of Mercutio sees Ek eschew his jigging vocabulary in favour of a good old-fashioned fight: Mercutio’s head is slammed into the proscenium arch to finish him off.

The company performs it all with commendable commitment and not a little panache, not least Anthony Lomuljo as Romeo whom I find a fascinating performer – his movement carries great power and weight, and he phrases with an arching legato. Less successful was Mariko Kida, who cannot be faulted in her interpretation of Ek’s almost puppet-like Juliet but whom was un-engaging.

It was a privilege to witness the great Ana Laguna as Juliet’s nurse – a senior dancer (born in 1954 or 55), she joined Cullberg Ballet in 1973 and has been dancing and staging Ek’s work for decades, and her every gesture, her every movement carried that pedigree. She draws the eye with the potency of what she does, and made much not only of the nurse’s evident affection and care for Juliet but also the Shakespearian knock-about comedy of her second act scene with Mercutio, Benvolio and Peter. Elsewhere, dancers in named parts struggled with the limited characterisation afforded them by Ek and the corps de ballet dutifully criss-crossed the stage in phalanxes, showed their knickers to the audience in the ball and gamely mounted those Segways.

Caught between narrative and abstraction, this version of Shakespeare’s familiar tale is ultimately frustrating – it rises simply too infrequently from the glib and inconsequential to explore deeper emotions. It ends with the entire cast up-ending themselves, legs in the air, echoing those of the dead lovers which protrude from the central trap door – the triumph of love through its destruction, we are told.