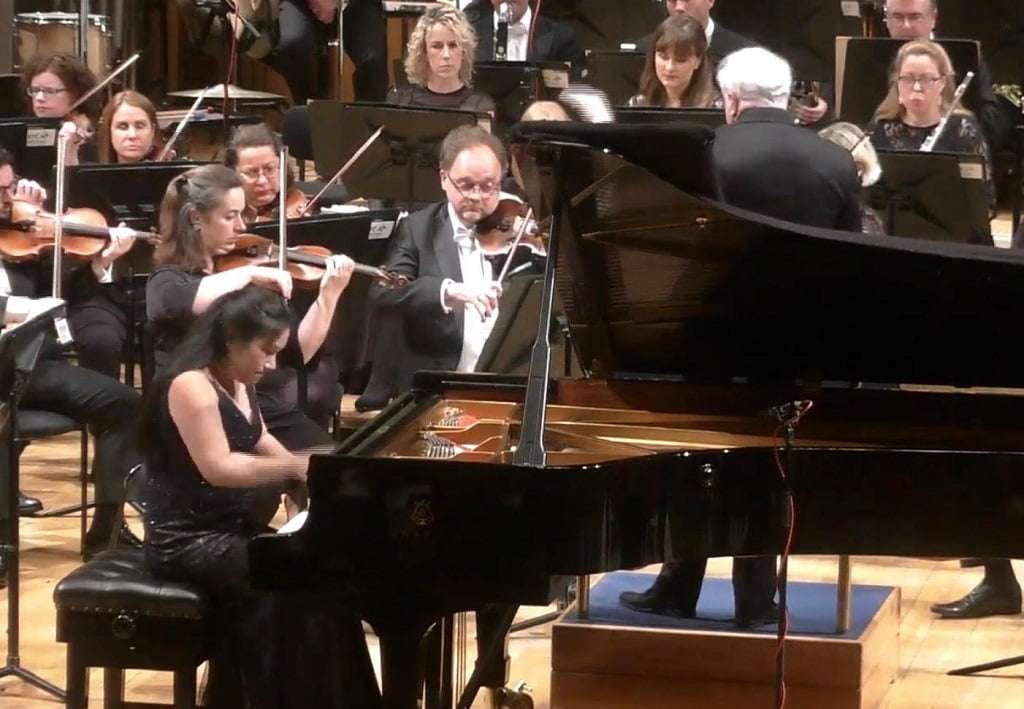 Irish Eyes are Smiling on Leonard Slatkin: no sooner does he make his debut with the RTÉ National Symphony Orchestra (May just gone, link below) than he is invited straight back and he also has an imminent third gig on the Emerald Isle, a Beethoven affair on January 31.

The centrepiece this time was Samuel Barber’s Piano Concerto, written for John Browning. He gave the premiere in New York in 1962 with the Boston Symphony and Erich Leinsdorf, recording it soon after with George Szell and his Clevelanders, re-recording it a few decades later with Slatkin in St Louis; and since Browning’s death the conductor has continued to champion the piece with such as Olga Kern and Garrick Ohlsson.

Step forward Xiayin Wang. She also has form in this Concerto, not least a Chandos recording from a few years ago. The pianist begins the piece. Wang displayed her technical accomplishment from the off, and a considered range of dynamics; with the gnarled passions of the first movement – its edge, spectral colours and uneasy lyricism – well brought out by the RTÉ Orchestra, to which Wang responded with light-fingered dexterity and combative bravura, coming to a head in the demonstrative cadenza. The slow movement, chilly in colouring yet heart-warming in expression, was finely shaded in the orchestra, and shapely and shimmering from Wang. The Finale begins in motoric terms and contrasts with exoticisms (Bartók in the background), music that doesn’t look to embrace the listener but compels attention nevertheless, whether mightily or mysterious; and this was an ear-grabbing and compelling account from all concerned. For an encore Wang gave us Gershwin, The Man I Love (song-title, not my feelings for George!) possibly arranged (my guess) by Earl Wild. 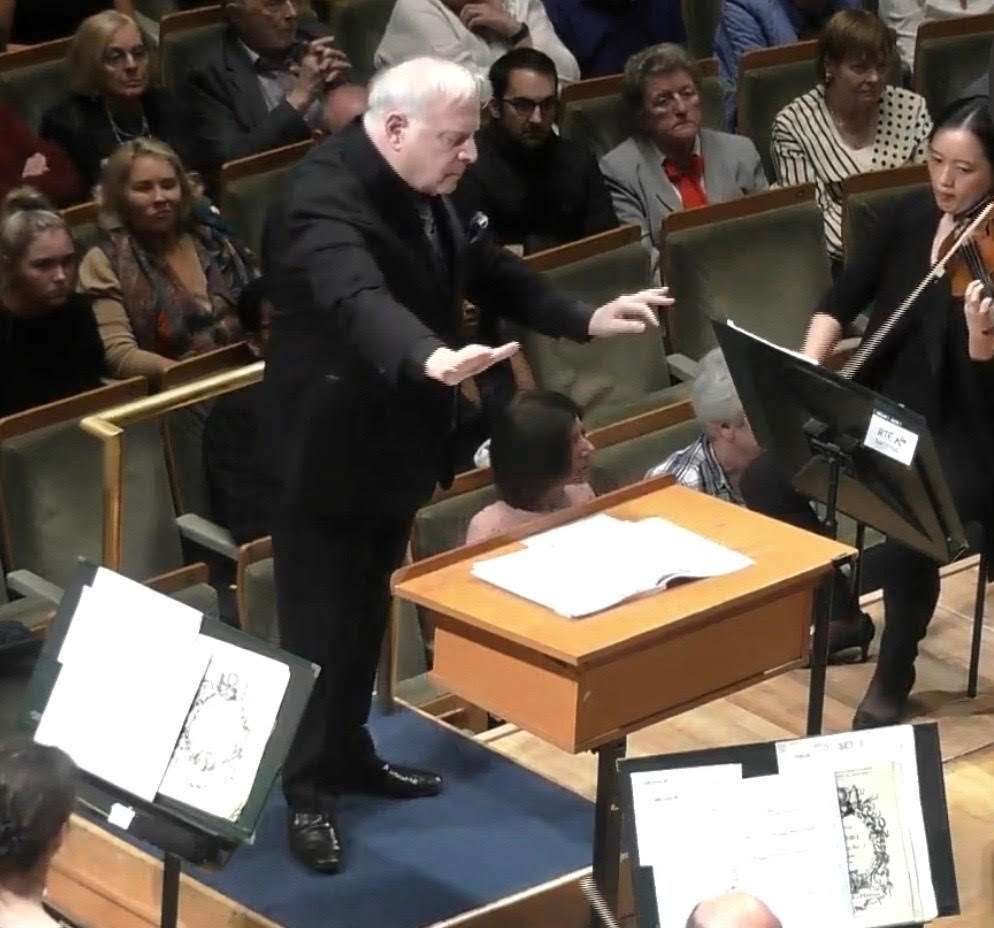 Barber was bookended by Brahms. That may not be obvious from the listing, but Slatkin’s Kinah embraces Brahms’s final orchestral work, the Double Concerto (for violin and cello, Opus 102) for reasons both musical and personal. Kinah (the Hebrew for elegy) is a tribute from Slatkin to his parents, Felix (a violinist among his numerous other talents) and Eleanor (née Aller, a versatile cellist). For further background I direct you to my review (link below) of Kinah at the time of its premiere, in Detroit, December 2015. It was a striking piece then and remains so, scored for metal percussion, four horns, two harps, celesta, piano, strings, and off-stage flugelhorn, trumpet, violin and cello. Given the Brahms and the parental connections, the latter two instruments are of course particularly pertinent, sounding as if from another place, away from this World.

Kinah stands up well to a second listen, whether its otherworldly chimes and regretful melodies (growing more intense) and with a remarkable ability to compel and infiltrate one’s capacity to be human and identify with a creator’s intentions. Whether coincidental or not there is much that is filmic about Kinah (Slatkin’s parents were well-versed in recording soundtracks); there are also aural correspondences to Pärt and Penderecki; and the closing Brahms quotations (tantalisingly incomplete) from Opus 102’s slow movement are poignant and haunt the imagination.

Brahms 4 was deceptive. Slatkin flowed into the first movement with the seeming intent to make it as classically wholesome as possible; yet how subtle were his changes of pace and elongations of line – without upsetting proportions or direction; and if there was some fallibility of execution, with strings somewhat thin-sounding, there wasn’t any doubt about the players’ dedication: honest music-making. The second movement, a slow walk, was beautifully done (starry woodwinds and horns), a sublime meditation, rising in rapture, sentiment and outburst, closing with a benediction … offset by a robust Scherzo, as graceful as it was pointed. With the passacaglia Finale – back to Bach – there was the sense of something momentous occurring, the thirty Variations knitting as one for all the space afforded them, gathering apace for the tragic conclusion, or so Karajan divined it to be, delivered stoically.