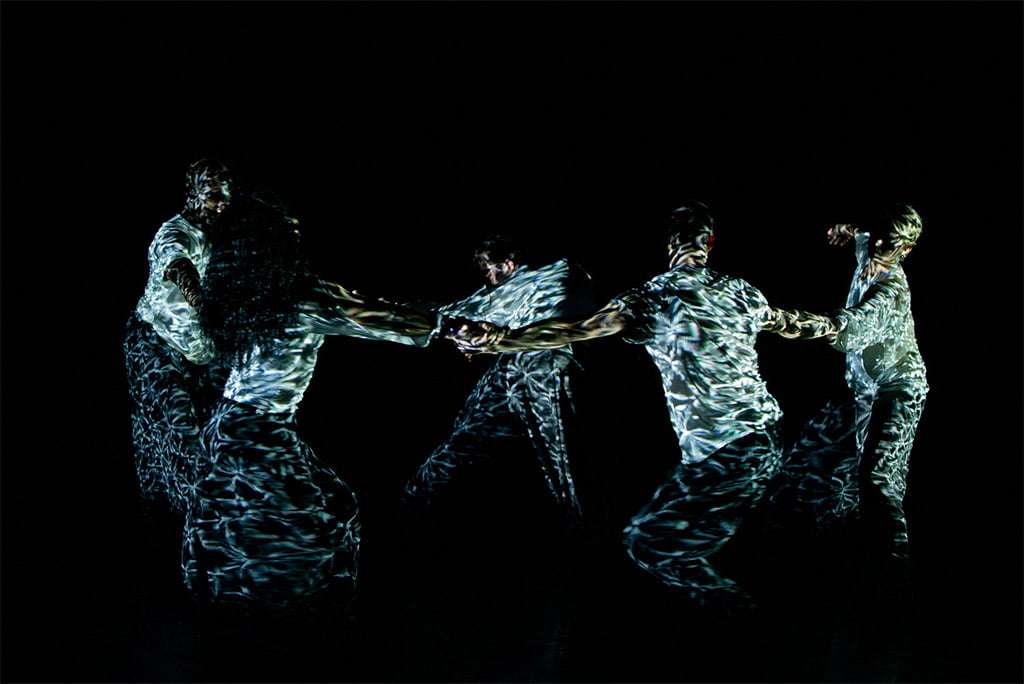 Ditch the label and look at the art. Once past the leaden prose of a self-regarding programme note, heavy with hyphenated attempts at explaining concept, Russell Maliphant’s new work, Silent Lines, speaks for itself. Decidedly abstract, its artistic heart lies in the juxtaposition of sound, lighting, projection and movement, the different elements often jarring against each other, the heavy beats of emphatic percussion against curved, lyrical use of the limbs, the exquisite notes of Chopin contrasted with emphatic gesture and explosive movement.

Five dancers in a black box, dressed in loose t-shirts and baggy two-tone trousers spend an hour in an exploration of choreographic abstraction. All of Maliphant movement tropes are there: spinning and turning, often in slo-mo, curved arms and hands, counter-balanced partnering, a penchant for floor-based capoeira and tai chi-inspired work, but each and every one subverted at moments by the exact opposite – when a dancer leaps for the first time, it shocks. 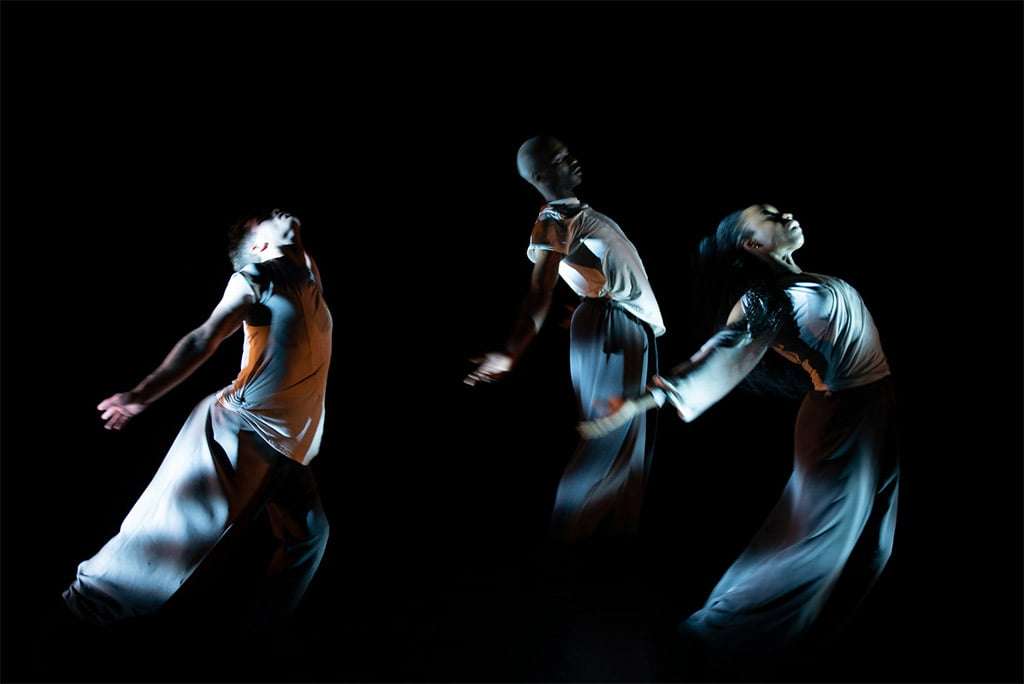 An hour is probably too long for a work which begins, goes on and then ends, the latter happening seemingly arbitrarily; too long for something devoid of discernible purpose or meaning. Much of it is strikingly beautiful, and Maliphant’s inventiveness and creative quality rarely falter, but there is too much of it for it not to feel choreographically prolix. Panagiotis Tomaras’s lighting and projections design is masterly, not least in the first and last sections in which the dancers have shimmering, watery patterns beamed onto them, their bodies losing all corporeality, becoming mere suggestions of human form. Certainly, with Silent Lines, Tomaras joins the ranks of such masters of the genre as Michael Hulls and Lucy Carter whose virtuosic lighting has added another dimension to the world of dance. Time and again, however, the visual element is so powerful that one cannot escape the sneaking desire to see the choreography in a plainly lit setting, the better to value its worth.

Whatever caveats there may be about the work’s length, nothing but praise for the five dancers, who maintain the illusion and tension throughout, bringing considerable ability and notable movement quality to the choreography. Invidious it may be to single anyone out, but the introspective focus of Grace Jabbari in her solos was eloquent, while Edd Arnold fused the upending quality of street-dance with near-balletic poise and control to the enchantment of the slow movement of Chopin’s Second Piano Concerto in what was perhaps the most memorable section of all.