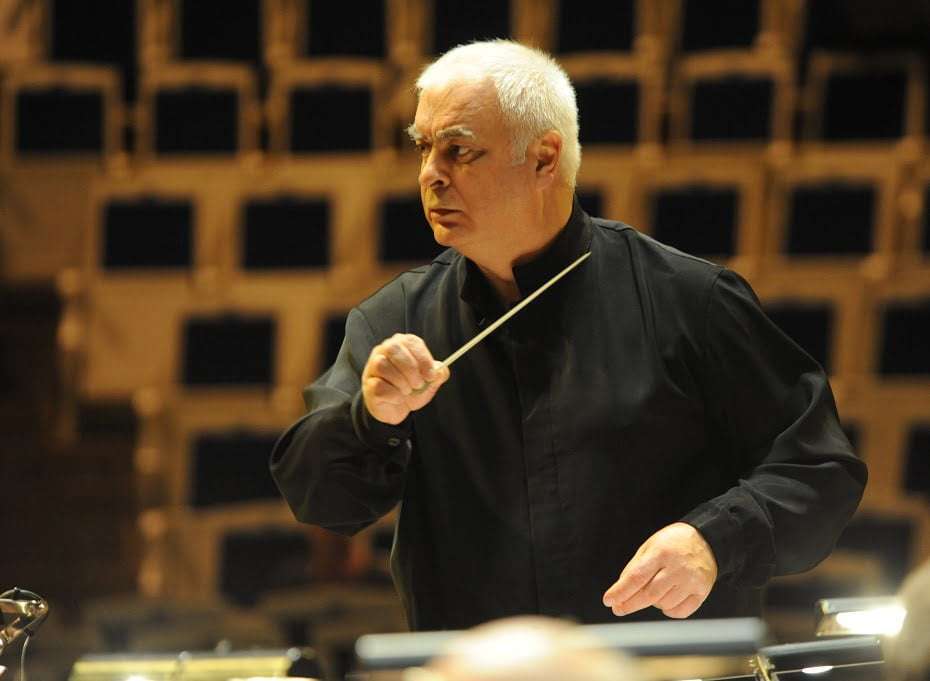 Llareggub was coined by Dylan Thomas as the name of the fictional Welsh seaside town where his radio play Under Milk Wood (1953) is set. Karl Jenkins describes his new work as “a quirky, surreal and whimsical snapshot, in music, of life in the fictional seaside village.” The 12-minute, three-movement suite certainly reflects aspects of music of 60-odd years ago, and earlier: the first movement owes much to minor French Impressionist composers (all atmosphere and no tune); the slow second has members of the orchestra humming a non-conformist hymn-tune whilst the other musicians are playing – an intriguing touch – the result suggesting an out-take from How Green Was My Valley; and the finale takes us further back – to 1920s’ Gershwin.

Although the play’s ground-plan (the thoughts and desires of those inhabitants of the town as they sleep, dream, wake, live their daily lives and at night return to their beds to dream once more) would give any composer a fair amount of freedom, such as might have appealed, say, to a latter-day Richard Strauss. Jenkins has produced consumer-friendly, rather slick bits of ‘mood music’ which may have puzzled those of his Russian interpreters who imagined the ethos of such as Rodion Shchedrin was the day before yesterday’s news. The piece was commissioned by the Swansea Festival of Music, which this year is marking the centenary of Dylan Thomas’s birth. Llareggub, plus the Rachmaninov with Peter Donohoe, will be played in the closing concert of the Festival at Brangwyn Hall on October 18. 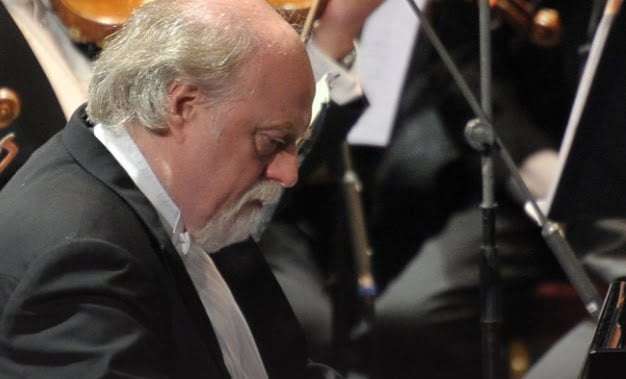 Donohoe and Rachmaninov’s Third Piano Concerto are no strangers: in many ways, he has to be counted among the most distinguished interpreters of this masterpiece, his accounts of the work having enhanced many a concert in recent decades. And, partnered by the Russian State Philharmonic Orchestra under Valery Polyansky, launching the 2014-15 Season in Cadogan Hall’s Zurich International Orchestra Series, one might imagine that the result would be memorable. And so it proved; Donohoe’s playing was truly in the grand manner, but of the three movements it was the second that came off best; the initial tempo for the first movement avoided the ‘ma non troppo’ qualification – it really was rather more than a shade too fast, but this tempo was clearly intentional and was well maintained, so that the integrity of this approach was convincing, though the short post-cadenza (Donohoe thankfully elected to play the ‘big’ one) coda was a little scrambled.

As noted, the Intermezzo was very fine throughout and the lead into the finale was undeniably thrilling. But, once more, the tempo was just a shade too fast for comfort – despite the clarity and delineation of the main theme, with its propelling triplets: just a little less speed would have made the musical points and enhanced the movement’s inherent magnificence, indeed making the music simply more explicit. Not that everything was rushed – Donohoe plays that chordal C major theme better than anyone I’ve heard, including Gilels and Van Cliburn – and the last third of the finale carried all before it on a wave of ever-increasing power and jaw-dropping virtuosity – those cascading descending double-octaves were simply breathtaking.

But no encore: after that, nothing more was needed, and so to Tchaikovsky’s deeply original Fifth Symphony. From some conductors it can prove too familiar, running through the notes on auto-pilot, but Polyansky and his orchestra were simply magnificent. Tchaikovsky’s music is surely in every member of this ensemble’s bones; it certainly appeared to be in Polyansky’s, who directed a performance that revealed this immortal masterpiece as I am sure Tchaikovsky intended it to be heard. In terms of structure, character, commitment, intensity, sensitivity, understanding and sheer downright musicianship, this was a performance such as comes one’s way but rarely. It was very moving, with every player giving their all – the breakthrough in the slow movement was electrifying, and although the opening pages of this Andante cantabile appeared almost too slow for comfort – or, rather, for the first horn Nikolai Lebedev – his phrasing and sustained tone (very ‘Russian’ to us Westerners’ ears) more than coped. All in all, this was a performance such as we may long for, but rarely experience. And, to send us into Dylan Thomas’s “good night” was the Act One Waltz from The Sleeping Beauty.