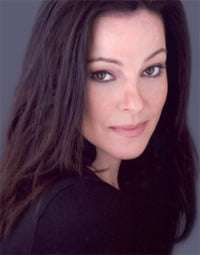 The BBC Big Band is one of the best and most successful in the UK. It has a regular Monday-night show on BBC Radio 2 (“Big Band Special”) and also appears on BBC Radio 3’s “Jazz Line Up”. As well as its broadcasting duties the BBC Big Band gives live performances, often with major international artists such as Tony Bennett, George Shearing, Ray Charles, Michel Legrand, George Benson and Van Morrison. It has featured in the BBC Proms and Proms in the Park with such eminences as Cleo Laine and John Dankworth, Clark Terry, Wayne Marshall and the BBC Symphony Orchestra. Appearances at international music festivals include Cheltenham, Leeds, Edinburgh, Armagh and Glasgow and October 2008 found the musicians in Mexico playing a Beatles programme with the Royal Philharmonic Concert Orchestra to some 20,000 spectators.Cadogan Hall concerts are part of the BBC Big Band’s first London season, and future concerts will include Kim Criswell, Todd Gordon, Anita Wardell and Claire Martin. Barry Forgie has conducted the Band since 1977, following a career as an arranger, composer and conductor of film scores and musical shows. Ruthie Henshall is a singer, actress and dancer who is mostly known through her recordings and for her West End and Broadway stage-work in such shows as “Cats”, “She Loves You”, “Miss Saigon”, “Chicago”, “Les Misérables”, “Crazy for You” and “Oliver!”. In 2008 she appeared in “Marguerite”, a musical based on “La Dames aux camélias”, with music by Michel Legrand and a book written by Alain Boublil, Claude-Michel Schonberg and Herbert Kretzmer. The theme of the Cadogan Hall programme was ‘From Broadway to Hollywood’, familiar but classic material. The Gershwins’ ‘Strike Up the Band’ was a good opener, a great, brassy tune that showed off every element of the Big Band’s playing. Ruthie Henshall’s first number was also a strong opener, ‘Don’t Rain On My Parade’ from the Jule Styne/Bob Merrill musical “Funny Girl” – that provided Barbara Streisand with her big break in the business. If it seemed an odd number to begin a programme, it provided Henshall with a chance to make her presence felt immediately, particularly as she is at her best in passionate songs. 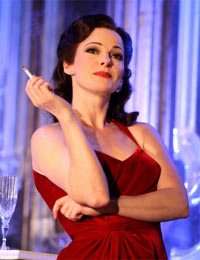 In “Marguerite”, which comprises a mixture of styles in Michel Legrand’s music, she was impressive whenever the moment called for strength and passion. At Cadogan Hall a big torch number like Jerry Herman’s ‘Time Heals Everything’ similarly comes across better than, say, ‘Over the Rainbow’, in which Henshall paid tribute to Judy Garland but which lacked pathos. She was better in another Garland classic, ‘The Man That Got Away’ from “A Star is Born”.One song in which the Big Band and the singer were at one was for ‘It Don’t Mean a Thing If It Ain’t Got That Swing’. Some of the romantic ballads came over quite well and, given Henshall appeared in “Crazy for You” (a version of “Girl Crazy”) she has an abiding passion for the Gershwins’ material, so she favoured ‘The Man I Love’, ‘Embraceable You’, ‘But Not For Me’ and, the last song that George Gershwin wrote, ‘Love Is Here to Stay’.The Big Band came into its own with the likes of Henry Mancini’s “Moon River” and Richard Rodgers’s ‘June is Bustin’ Out All Over’ , from “Carousel”, and ‘Slaughter on Tenth Avenue’, the jazz ballet choreographed by George Balanchine for “On Your Toes”. Howard McGill was particularly outstanding on saxophone, while Phil Robson on guitar had a clean, finely modulated sound, and what Barry Forgie likes to call the Trombone Choir – Andy Wood, Ashley Horton, Rob Harvey and John Higginbottom – presented great rounded sounds. The James Bond medley was also very engaging, with Henshall keeping up with Shirley Bassey in the vocal stakes. The programme ended with a “West Side Story” suite, in which the BBC Big Band and Leonard Bernstein were an entity. All in all, an evening that had swing!