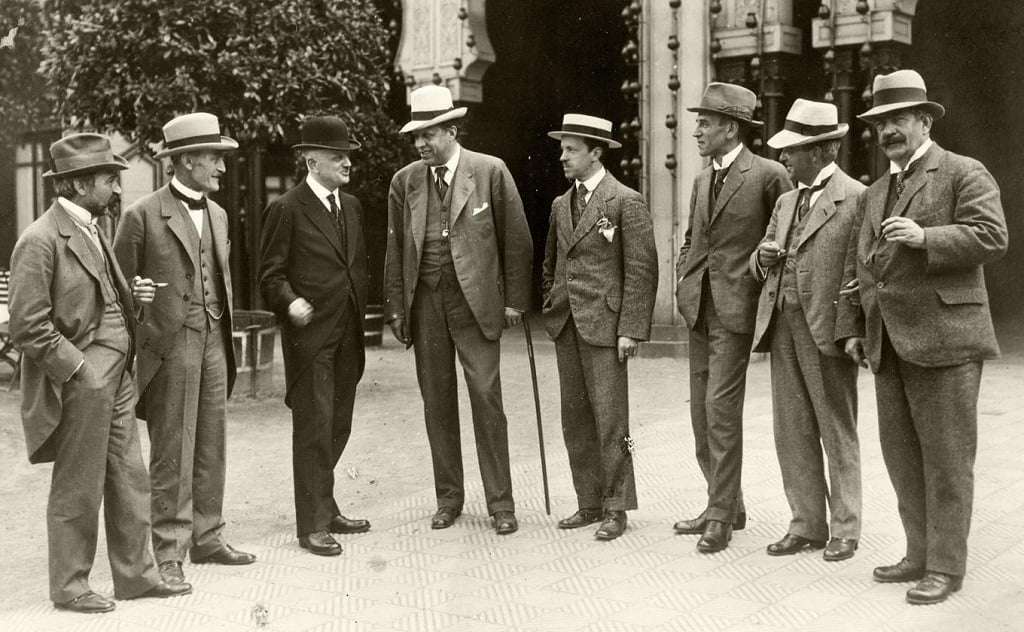 This performance by the Sacconi Quartet of Sibelius’s ‘Voces intimae’ was the finest I have ever heard. First up was his Moderato and Allegro appassionato (1888-89), and Nielsen, his First String Quartet (1887-88). Therefore we heard two contemporary Nordic composers, both born in 1865, writing music for string quartet in the same period of their careers. The juxtaposition was highly revealing.

The Sibelius is an ambitious, full length sonata-form movement. The Moderato is barely a few bars long before an impassioned theme begins on the first violin. Mendelssohn is immediately bought to mind, but Sibelius is flexing his musical muscles with great success. Sibelius had been nurtured on Classical (Haydn and Beethoven) and Romantic (the usual suspects) models, all of whose music he played as a violinist in a quartet. He had yet to seek, let alone, define a musical style that identified with any Finnish characteristics.

Nielsen’s First String Quartet provided a complete contrast to the Sibelius and is imbued with a strong Scandinavian flavour; the delightful Trio in the third movement demonstrates fiddle folk-music to perfection. The gorgeous slow movement is a clear harbinger of the First Symphony completed in 1892. The Sacconi players were most impressive. The Sibelius surged forward and the Nielsen was well integrated, the sense of an emerging national composer fully established.

Both the early Sibelius and the Nielsen works are impressive examples of interest and compositional ability. Each composer was subsequently to write four String Quartets, the last of these the greatest by far, Sibelius’s ‘Voces intimae’, written (largely in London) in 1909. Sibelius was struggling to come to terms with his mortality following a series of painful attempts to remove a cancerous growth from his throat. This String Quartet heralds entry into an extreme period of introspection for the composer already afflicted with a depressive, obsessive personality.

The Sacconi Quartet, confronted with music with wild mood-swings, was supremely successful in combining the contrasts of human feeling, and totally authentic. Sibelius was suffering and so were we, and this was a truly magisterial, full-bloodied and deeply thoughtful view a masterpiece. The first movement was portrayed initially as a beautiful prelude, containing an opening sadness but ending with the bone-crunching final chords that was truly unnerving.

The brief Vivace second movement was as light as a feather and as swift as a pedigree racehorse, providing welcome relief. Then the musicians confronted mortality in the expansive Adagio di molto, often likened to late Beethoven, and this rendering certainly placed the reflective inspiration of Sibelius on a par with the German master. The three hushed E-minor chords in bars 21 and 22, over which Sibelius wrote ‘Voces intimae’, were played with spellbinding delicacy.

The fourth movement, a sort of country dance, here became a kind of obsessive ritual, the players combining and departing from each other in wild fury. The Finale generated, by careful adherence to the markings for gradual acceleration, a release from the spine-tingling sensations of the earlier movements. Instead of the usual rush to the close, heard in many accounts, the Sacconi delighted in interaction. The flourish at the very end relieved the often-dark-spiritual journey heard earlier: near-perfection was achieved.