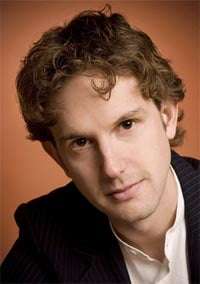 It is only in the last two decades or so that Mahler’s Tenth Symphony has found a fairly permanent place in the repertoire. This has been due, according to the fine note provided in the programme book for this concert, by Nick Breckenfield, to the interest of younger conductors, such as Simon Rattle, Riccardo Chailly, Daniel Harding and Mark Wigglesworth. Nicholas Collon also falls into this category. It’s interesting that so terminal a work should be so readily understood by such young men, and equally surprising that, despite their relative youth, they are able to bring Mahler’s final testament so vividly to life.

The details of the genesis of this work are well enough known to resist being repeated here, suffice it to say that the composer, at his death, left a score sufficiently complete for Deryck Cooke (Joseph Wheeler before him), and subsequently others, to prepare a performing version. Cooke’s is generally considered the best. Certainly there’s a lot of Mahler here and Cooke, quite rightly, looks forward musically in his version, as surely as Mahler did in his other works, always seeking the musical truth with an ever-expanding understanding of what, musically, was going on around him.

So what we have here is a five-movement work, starting with a long Adagio that Mahler left more or less complete and which is related, in many ways, to the finale of his Ninth Symphony. It’s a lament for the loss of life culminating in a cry of disgust and despair. Collon built the movement with a sure hand. There was slight tentativeness about the opening paragraphs, but by the time we reached what appears to be a repeat of the exposition, but isn’t, the orchestra had settled down and the performance really took fire.

The following three movements are varying types of scherzo. The first is full of seemingly illogical changes of meter, including a Ländler trio section; what happens here is very elusive. With some super brass-playing the, purposeful, awkwardness of the writing came through brilliantly, and the second scherzo – named, by Mahler, ‘Purgatorio’ – a five-minute piece of malevolence was shocking in its rawness. As the performance progressed, Collon impressed more and more. His handling of the second scherzo was masterly for he made no attempt to prepare us for the onslaught of the finale, and the huge hammering of drums.

This finale, although basically slow, as for the opening Adagio the tempo varies as the argument progresses. This is music of hopelessness, of incessantly banging your head against a brick wall and railing against the heavens. Collon didn’t hold back and revealed the music in all its graphic detail, never allowing the tension to drop for a second and the climax, when it came, was truly an apocalyptic moment. What followed was rightly magical; music of resignation, performed with love and tenderness, the ending beautiful and content.

This was a fine performance and interpretation with superb playing from all sections of the orchestra, but special mention must be made of the brass and strings, which shared the weight of the music. Nicholas Collon impressed, not just with his clear-cut, understanding reading but also with his straightforward stick technique and ease of gesture which communicated clearly to his players. Without doubt, this was a concert to remember.