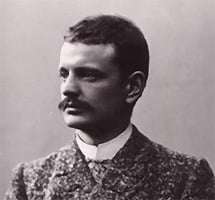 Forty years ago Sibelius was regarded as being a fringe player in the greater scheme of musical development in the 20th-century. To be perceived as a symphonist was bad enough in the eyes of the critical fraternity; to write symphonies without due regard to historic (i.e. German) models was enough to admit him to the ranks of unconventional late-Romantics with little or nothing to offer contemporary opinion as the century began to turn to its close.

The intervening forty years has seen Sibelius’s fortunes change dramatically to the extent of, in many if not all countries, his now being regarded as a composer with much to offer modern musical minds. His attributes are recognised to include compression of material, an organic development of ideas and a unique, if still strange, grasp of musical structure. All coalesce in his ability to make his important works appear far bigger (in context and length) than their actual duration. The Seventh Symphony is a prime example. 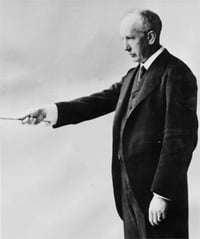 What is overlooked, even today, is how near Sibelius came to emulating many of his mainstream contemporaries. Indeed, as a convenient way of linking two of the composers of this evening’s concert, Sibelius and Richard Strauss, in general and specific terms, an important work of Sibelius, Pohjola’s Daughter (1906), had a suggested title of ‘L’aventure d’un heros’. Sibelius’s publisher in Berlin thought that was too close to Strauss’s already-written Ein Heldenleben (A Hero’s Life) and vetoed the idea. It should also not be forgotten that Strauss conducted the premiere of the Revised Version of Sibelius’s Violin Concerto, after which he is reported to have said: “I know more about music but he is the greater composer”. In Pohjola’s Daughter Sibelius was attempting something close to Straussian opulence. Only a few years later, in 1911, in the Fourth Symphony, Sibelius had reversed such thoughts in favour of inwardness, a work that could have been (but was not) modelled on Schoenberg’s First Chamber Symphony of 1907, although the composers’ artistic aspirations in both works are similar. 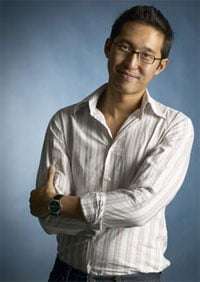 It can be seen, therefore, that Sibelius was very well aware of mainstream developments in European music. But, with the stresses of writing his Fifth Symphony (1914-1919), which necessitated two full-scale revisions, Sibelius ultimately rejected other composers’ inclinations in favour of a style and sonority completely his own. Hence Symphony 7 (1924, originally called Sinfonia fantasia) is a culmination of all that went before, attaining to the ultimate goal – music moving through seamless transitions over a compressed period of time during which all the musical material evolves from just a few motifs.

Describing this miraculous score is easier than conducting or performing it, as was patently clear in Jason Lai’s and Salomon Orchestra’s performance. Lai began slowly and never achieved the level of intellectual grip made by the many conflicting demands in the score. Similarly the orchestra performed the music in a haphazard and ill-tuned manner, never allowing it to evolve with confidence. This was very much soft-soap Sibelius which did scant justice to the music’s emotional rigours. Indeed, if an influence came to mind for this music, it was Wagner – and that does neither composer justice.

Before the Sibelius, the concert’s programmers bravely challenged the wind- and brass-players to blow into cold instruments on a chilly February evening in Mendelssohn’s Overture. Given such lack of wisdom, the players acquitted themselves well and Lai whipped up a very good Allegro vivace, which owed a debt to Beethoven.

After the disappointments of the Sibelius, the orchestra and conductor were transformed by the very different demands of Ein Heldenleben. These are centred on an outpouring of emotion, barely kept in check by the expansive nature of the work. The playing was altogether better, probably because Strauss was a master of textbook, late-Romantic orchestration in a way Sibelius was never inclined to be. Lai was an efficient guide through the hero’s progress, developing a fine blend of sound in ‘The Battle’, with the orchestra in full flow. The real hero was Anna Ritchie, the orchestra’s leader, whose violin solos (depicting Pauline, Strauss’s wife) graced the performance in superb style.