For this first of two concerts at Carnegie Hall, Michael Tilson Thomas led the San Francisco Symphony in an eclectic program of music composed during the middle decades of the twentieth-century, beginning with John Cage’s 1947 ballet, The Seasons, composed in collaboration with Merce Cunningham. Cage, inspired by Indian concepts, described his first work for orchestra, as “an attempt to express the traditional Indian view of the seasons as quiescence (winter), creation (spring), preservation (summer), and destruction (fall).” The sounds imitate those of nature and are mostly tranquil, but occasionally menacing. The lyrical and poetic music, which shows influences of Stravinsky, alternately glistens, murmurs and twitters, as it moves through the seasonal cycle, returning to ‘Prelude to Winter’. MTT conducted a highly nuanced reading. 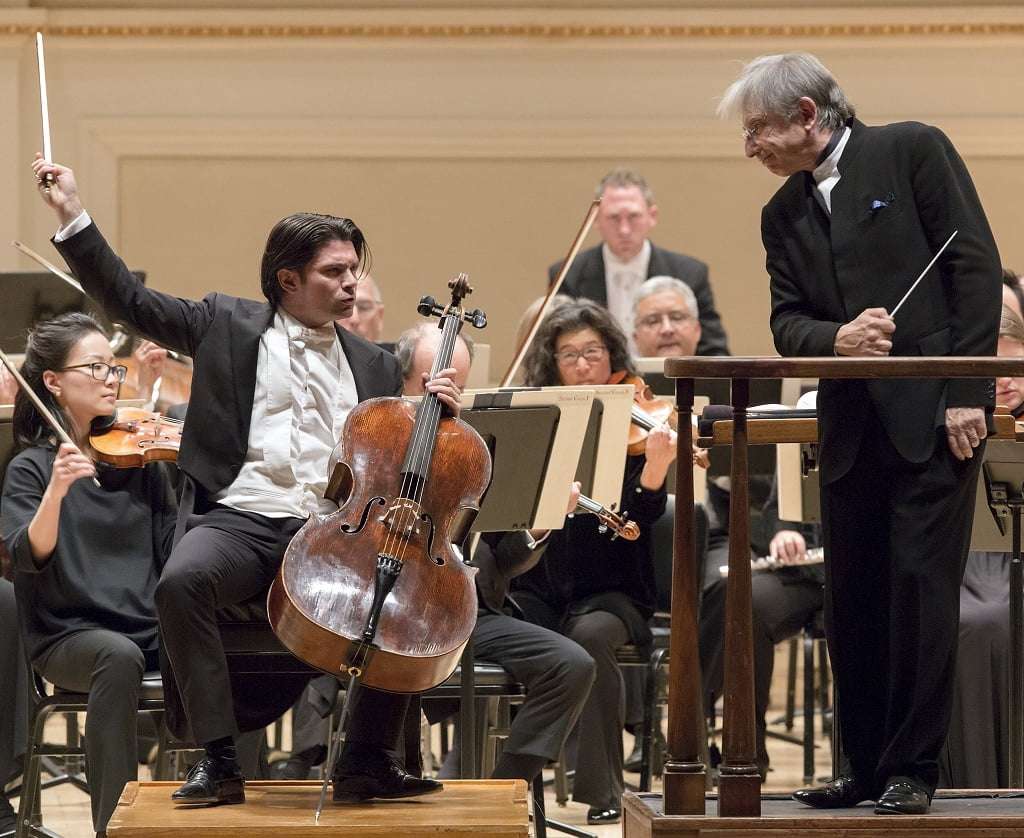 It was delightful to hear the Shostakovich played by Gautier Capuçon, whose intensity and his vigorous and physical playing is reminiscent of Rostropovich, to whom the First Cello Concerto is dedicated. Combined with a dynamic accompaniment, it made for a completely engrossing performance. Capuçon handled the opening Allegretto magnificently, and gave a perfectly sensitive account of the central Moderato. In the linking cadenza, Capuçon produced a show-stopping display, full of energetic attacks, dazzling double-stops and pizzicatos, and then transitioned into the fiendishly virtuosic Finale, moving full steam ahead with the SFS for a rousing close. Capuçon then delivered a witty encore, Prokofiev’s March of the Small Soldiers.

After intermission came a vibrant account of Bartók’s egalitarian Concerto for Orchestra, 1943, written for Boston and Koussevitzky, and here a splendid showcase for the San Francisco musicians. From ruminative opening to blazing Finale MTT probingly explored the many contrasting moods of the five movements, the cool and penetrating atmosphere of the central ‘Elegy’ being the most impressive. Throughout, the fervid and lustrous strings, the superb woodwinds and brass, and the precise percussion played with verve and color.

As an extra, an affectionate rendition of ‘The Alcotts’ from Henry Brant’s orchestration of Charles Ives’s Piano Sonata No.2, Concord, Mass., 1840-60.