Presented and performed by Sandi Toksvig 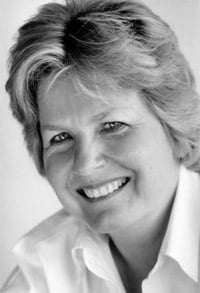 In keeping with the spirit of Christmas past, “Sandi Toksvig’s Christmas Cracker” draws inspiration from her childhood in Denmark and a toy theatre that was given to her on Christmas Eve. Described in the programme as a smorgasbord of festive fun with something for everyone the evening kicked off by introducing Fairy (Petra Massey) and Popov (Toby Park), Toksvig’s mute stage manager. The story continues and as is commonplace in pantoland: the two fall in love but, then again, as is also commonplace in pantoland something goes wrong. A box of bad spells turns fairy bad and we (audience and cast alike) do what is necessary to make her better. At least that is the story in a nutshell, but a nutshell is not quite big enough for this three-hour show crammed fuller than Santa’s sleigh as it passes over the Arctic Circle.

This show harkens back to the variety acts of the last century and you would be hard pressed to find greater variety with a magician, three tenors, a Little Match Girl and even Charles Hazlewood (conductor of a chorus of reluctant Festival Hall concertgoers) who all take their turn in a loosely spun story around that of Fairy and Popov. Lily Kelly adds the sentimental ahh-factor as the Little Match Girl and Five Guys Named Moe (with different first names from the original show) add some gusto to a first half that too often gets stuck in the Doldrums.

Star of Broadway and the West End, Maria Friedman concluded the first half with pleasant, if predictable renditions of Hugh Martin’s “Have yourself a Merry Little Christmas” and Irving Berlin’s “White Christmas”.

The second half opened with some carols which, though well performed, might have fared better with newer arrangements (Charles Wood’s arrangement of “Ding Dong! Merrily on High” is probably known by heart by most choristers – amateur and professional alike). Next, more audience participation: singing what turned out to be a counter-melody to a piece played later in the show. Sadly, by the time it did come around, Hazlewood’s plea of “do you remember that tune we learned earlier” was answered by a deafening silence as the bemused audience grew tired of participating.

Next “A Christmas Carol” with, on this occasion, 86-year-old Nicholas Parsons as Scrooge and 79-year-old Ronnie Corbett in the roles of various ghosts. While clearly these are elder statesmen of radio and television comedy the lines had not been learned (they were read from scripts) with Toksvig valiantly pointing to where they should be. A little more rehearsal, even for such veterans, was needed. The asides and adlibs were masterful in themselves though Toksvig’s brilliant quip as Popov imitated a horse, saying his impression was good enough to scare Catherine the Great was lost to all but the keenest listener.

As the show was headlined: starring Ronnie Corbett it was perhaps inevitable that he would reprise his role as the fireside raconteur made famous in “The Two Ronnies” though without the high-backed chair. The joke was almost as old as the joke-teller but Corbett, still with a twinkle in the eye, delivered it with the timing of the old pro that he is.

With a pint-sized rendition of “Me and My Shadow” sung by Toksvig and Corbett the pair headed out to join their five pantomime companions (and I don’t mean Five Guys Named Moe) and we were all left to muse how lucky each of us had been to have not been picked on by various members of the cast. The collection of acts made for a long show; lacking polish and relying upon the talents of the key players to hold it all together was not as successful as it might have been. Perhaps by the time it makes its final showing on Christmas Eve it will hold together better although with a string of different guests taking the role of scrooge and other parts I fear that it won’t.