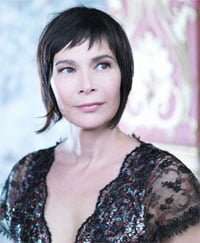 In a recital full of surprises – some good – Sandrine Piau ripped herself away from the baroque repertoire, in which she excels, in order to demonstrate her credentials as a singer of mélodies and Lieder. She proved better suited to the latter than the former.

The least-subtle songs received the most persuasive treatment. Partnered with immaculate taste and skill by the ever-attentive Roger Vignoles, Piau made a good case for Liszt’s settings of Der Fischerknabe (Schiller) and Oh! quand je dors (Victor Hugo). Liszt’s florid, externalised writing suited her vocal talents, as did his Die Loreley, an extended, scena-like setting of Heine.

The other non-Gallic composers also fared well by the French soprano. Richard Strauss’s bouquet of floral settings, Mädchenblumen, proved to be the highlight: enchanting music superbly accompanied and assuredly sung – if without much Straussian glow or glory when the music soared. The songs of the German composer’s Austrian contemporary, Alexander Zemlinsky (1871-1942), deserve to be better known: Liebe und Frühling and Frühlingslied are charming (and were charmingly sung), while Das Rosenband, to a simple love poem by Klopstock (also set by Strauss, Opus 36/1), is rather more than that. Here, though, the evening’s recurring problem returned, as Piau proved unable to convey the sheer ecstasy with which both composer and poet – and, on this occasion, the pianist – imbued the final stanza.

As I said: surprises. Disappointments occurred unexpectedly, nowhere more so than in the opening set of Fauré favourites. Even the best-known of these songs, Au bord de l’eau and Les berceaux, are deceptive in their simplicity and demand a guileless invention on the part of the singer – the art that conceals art – in order to tease out their elusive beauty. Alas, Paiu offered only technical skill, and that is not enough. Coloration and communication were out; oversinging and perfunctoriness were in. Thus, night and mystery were entirely absent from the closing line of Après un rêve (“Reviens, ô nuit mystérieuse!”). All was made matter-of-fact, and Fauré’s melodic flow was confined to the imagination and sensitivity of the remarkable Vignoles.

The Fauré settings were also beset by diction issues, as were Debussy’s Ariettes oubliées. One does not expect to say such a thing about a native French singer, but without the printed text I would scarcely have understood a word Piau sang, as she sacrificed textual clarity on the altar of musical precision. This could be forgiven were her palette more subtle and her expression more varied, but ‘L’ombre des arbres’ was penny-plain and Il pleure dans mon coeur tuppence-coloured at best. As for the whirlwind of words in ‘Chevaux de bois’, few were decipherable.

Piau’s tendency to ease her way into longer notes had a deleterious effect on some of Chausson’s sustained lines. Amour d’antan and Les heures were particular victims. Poulenc, though, is tailor-made for Piau and she did well to save him for the closing group of songs (although the text for the wrong Apollinaire settings were printed in the programme, as instead of the promised ‘Dans le jardin d’Anna’ and ‘Allons plus vite’ we heard the later, less-substantial pair, ’Montparnasse’ and ‘Hyde Park’). Poulenc’s two Aragon settings, ‘C’ and ‘Fêtes galantes’, closed the programme with an élan that not even the encore, Fauré’s Clair de lune, could dampen.