Skip to content
LnRiLWNvbnRhaW5lcltkYXRhLXRvb2xzZXQtYmxvY2tzLWNvbnRhaW5lcj0iNmIzNDMzNmNmZTc3NWZiNGJlMTVjMmIwMzU3NWM1MjYiXSB7IHBhZGRpbmc6IDI1cHg7Ym94LXNoYWRvdzogNXB4IDVweCAxMHB4IDAgcmdiYSggMCwgMCwgMCwgMC41ICk7Ym9yZGVyOiAycHggZG90dGVkIHJnYmEoIDEwOSwgMTA4LCAxMDgsIDEgKTsgfSAudGItZmllbGRbZGF0YS10b29sc2V0LWJsb2Nrcy1maWVsZD0iODM3Y2ExZjc0MGRjZDdkOTdlMzQzOWMyYjIwMWZmZTMiXSB7IGJhY2tncm91bmQtY29sb3I6IHJnYmEoIDIzOCwgMjM4LCAyMzgsIDEgKTtwYWRkaW5nLXRvcDogMTBweDtwYWRkaW5nLWJvdHRvbTogMTBweDtwYWRkaW5nLWxlZnQ6IDEwcHg7IH0g
LnRiLWNvbnRhaW5lcltkYXRhLXRvb2xzZXQtYmxvY2tzLWNvbnRhaW5lcj0iNmIzNDMzNmNmZTc3NWZiNGJlMTVjMmIwMzU3NWM1MjYiXSB7IHBhZGRpbmc6IDI1cHg7Ym94LXNoYWRvdzogNXB4IDVweCAxMHB4IDAgcmdiYSggMCwgMCwgMCwgMC41ICk7Ym9yZGVyOiAycHggZG90dGVkIHJnYmEoIDEwOSwgMTA4LCAxMDgsIDEgKTsgfSAudGItZmllbGRbZGF0YS10b29sc2V0LWJsb2Nrcy1maWVsZD0iODM3Y2ExZjc0MGRjZDdkOTdlMzQzOWMyYjIwMWZmZTMiXSB7IGJhY2tncm91bmQtY29sb3I6IHJnYmEoIDIzOCwgMjM4LCAyMzgsIDEgKTtwYWRkaW5nLXRvcDogMTBweDtwYWRkaW5nLWJvdHRvbTogMTBweDtwYWRkaW5nLWxlZnQ6IDEwcHg7IH0g
Gilbert & Sullivan
Iolanthe or The Peer and the Peri – a comic opera in two acts to a libretto by W. S. Gilbert with music by Sir Arthur Sullivan
LnRiLWNvbnRhaW5lcltkYXRhLXRvb2xzZXQtYmxvY2tzLWNvbnRhaW5lcj0iNmIzNDMzNmNmZTc3NWZiNGJlMTVjMmIwMzU3NWM1MjYiXSB7IHBhZGRpbmc6IDI1cHg7Ym94LXNoYWRvdzogNXB4IDVweCAxMHB4IDAgcmdiYSggMCwgMCwgMCwgMC41ICk7Ym9yZGVyOiAycHggZG90dGVkIHJnYmEoIDEwOSwgMTA4LCAxMDgsIDEgKTsgfSAudGItZmllbGRbZGF0YS10b29sc2V0LWJsb2Nrcy1maWVsZD0iODM3Y2ExZjc0MGRjZDdkOTdlMzQzOWMyYjIwMWZmZTMiXSB7IGJhY2tncm91bmQtY29sb3I6IHJnYmEoIDIzOCwgMjM4LCAyMzgsIDEgKTtwYWRkaW5nLXRvcDogMTBweDtwYWRkaW5nLWJvdHRvbTogMTBweDtwYWRkaW5nLWxlZnQ6IDEwcHg7IH0g 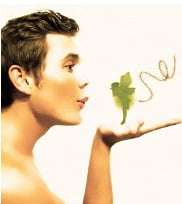 Sasha Regan, at the tiny Union Theatre in Southwark, has been providing audiences with a new slant on the works of Gilbert & Sullivan. Far from reproducing them as G & S intended, and how their legions of followers always seemed to want them, as set-in-stone stagings from the days of the D’Oyly Carte productions at the Savoy Theatre, Sasha Regan has given them a new gloss with a fresh approach, bringing fusty old relics back to exuberant life. The choreographic contribution to the Union Theatre’s productions of “The Mikado” and “The Pirates of Penzance” has been all-important to their success, but the outstanding reason is they have employed all-male casts. “The Mikado” hit a high spot at Southwark, and then Regan’s “The Pirates of Penzance” was such a triumph it transferred to Wilton’s and also enjoyed a season at the Rose Theatre in Kingston. The same is happening for “Iolanthe” which, following its run at the Union in November 2010, is now firmly established at Wilton’s for a six-week stay.

“Iolanthe” has a typically convoluted plot, even for G & S – audiences need to surrender to a topsy-turvy world in which life is lived by a completely different set of rules. Sense flies out of the window when fairies and lords of the realm cavort together. Most G & S stage-works were satires on the society of the time, its social mores, laws and public behaviour. Such matters don’t really bother us now, especially as Gilbert delivers his satirical jibes in such an acceptably witty way, while Sullivan’s score shines with melodious brilliance. “Iolanthe” concerns a group of fairies bemoaning the fact that one of their kind, Iolanthe, has been banished for twenty-five years for marrying a mortal. Her son, Strephon, a shepherd, is half-fairy and half-mortal, and in love with Phyllis, a shepherdess, who has many other admirers particularly among the members of the House of Lords. Broken-hearted that her guardian, the Lord Chancellor, will not permit her to wed a lowly shepherd, Phyllis agrees instead to marry one of the peers, until the law is miraculously changed to allow lords to marry fairies.

The talk of fairies really resonates in an all-male production but without it seeming camp even flitting and fluttering about like ballet dancers on speed in Mark Smith’s exuberant choreography. It works in Regan’s hilarious production which is acted and sung in the most delightful falsetto voices. The choruses are sung and danced with feeling and credibility. We believe that this male company really are fairies, except when they are not also playing silly asses as the Peers of the Realm. There are in-house jokes such as when Lords Tolloller and Mountararat, finding that they cannot marry their favourite shepherdess, retreat back into their closet.

There are some joyous performances. Strephon and Phyllis, make a fine pair in Louis Maskell, a sturdy baritone new to the role of the Arcadian shepherd, and Alan Richardson, repeating Phyllis from the Union production, an extraordinarily sweet, high soprano whose voice is the star of the show. Alex Weatherhill as the Fairy Queen is delightfully bossy, rather like a musical Rosemary Shrager (the TV chef). Christopher Finn repeats his fine performance as the otherworldly Iolanthe, while the Lord Chancellor is again played by the youthful Shaun McCourt. The chorus of fairies and leaping Lords are taken by a very well-drilled ensemble. Christopher Mundy plays Sullivan’s score with the requisite passion, while director and choreographer keep the show on the move with pace.

Stewart Charlesworth’s designs fit well into the music-hall atmosphere of Wilton’s wonderful surroundings while the costumes appear to have been raided from everybody’s bottom-drawers in an assortment of underwear for the fairies and some bold robes for the Lords decorated with conkers and pine cones. I really cannot imagine any other company doing better justice to Gilbert & Sullivan, not even the Royal Opera should it ever get around to staging one of these popular Savoy Operas.