“Schubert: The Complete Songs reaches its midpoint, a milestone marked by the uplifting melody of Schiller’s ‘An die Freude’, created almost a decade before Beethoven set the same text at the close of his Ninth Symphony. Roderick Williams also embraces the more serious matters of ‘Todesmusik’ and ‘Schatzgräbers Begehr’ before closing with another joyful Schiller setting, ‘Dithyrambe’.” [Wigmore Hall website] 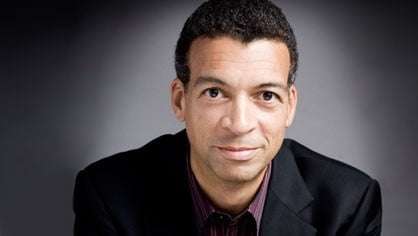 The majority of the Songs date from 1816 and 1817. The recital opened with ‘An die Freude’, Schiller’s famous ode still to be set by Beethoven in his ‘Choral’ Symphony. Schubert’s treatment is formal and strophic, the mood is grave rather than ecstatic. Schiller’s rhetorical grandeur does not always marry with the emotional subtlety which is Schubert’s hallmark. ‘Laura am Klavier’ and ‘Die Erwartung’ followed, both lengthy and declamatory. Williams responded to the subjective and theatrical narrative of each and Gary Matthewman was outstanding in Laura, as the poet and the composer describe the gorgeous harmonies and tempestuous feelings evoked by Laura’s piano-playing. Echoes of Mozart weave through the accompaniment to create something magical.

Klage um Ali Bey opened the Claudius choices with humour and welcome brevity. Williams relished the mock tragic lament for the king’s death and displayed penetrating understanding of the texts and Schubert’s settings. Claudius’s poetry continued with lyric descriptions of loss and reflections on the natural world. ‘Bei dem Grabe meines Vaters’, ‘Abendlied’ and ‘Am Grabe Anselmos’ are melancholy and evocative and hint at the profundity to come in Die schöne Müllerin. The first half concluded with an upbeat celebration of God and the creation of mountains, sun and sea. 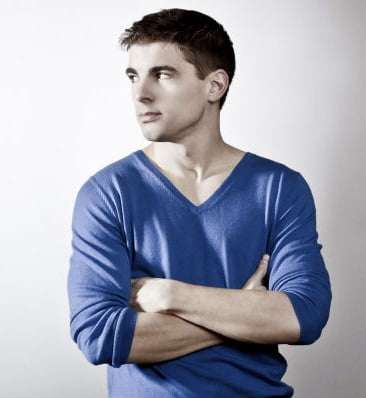 The very different poetic style of von Schober dominated the second half. Dilettanti, poet, actor, business man, Schober’s writing was hardly of the first order, but his close friendship with Schubert was a considerable influence. The mediocrity of the poetry does not always belie real sentiment. ‘Trost im Liede’ (Consolation in Song) was written at the same time as ‘An die Musik’ and the subject is almost identical. Williams gave equal intensity to both allowing us to examine the most-obscure and the most-famous for elements of Schubert’s genius.

It was there throughout, whether declamatory – Schiller’s ‘Der Kampf’ and ‘Sehnsucht’ and Schober’s ‘Todesmusik’ – or dark – ‘Der Pilgrim’ and ‘Schatzgräbers Begehr’ (Treasure-Hunter’s Greed) – there are glimpses of beauty and truth. The highlight of the second half was the tiny Schiller fragment from ‘Die Götter Griechenlands’, redolent of Keats’s Ode on a Grecian Urn. This contemplation of the fragility of classical beauty, nostalgia and mortality is simply set by Schubert. Williams’s delivery was subtle yet powerful, the audience sharing Schadenfreude at Schubert’s repetition of “Schöne Welt, wo bist du?” (Beautiful world, where are you?), the first and last words.

The recital finished with a playful Schiller setting, also inspired by Greek culture, ‘Dithyrambe’, a drinking song, which Williams and Matthewman executed with great aplomb. For an encore – ‘An die Musik’ repeated – the singer explained his choice, to allow us to escape grey reality and have revealed to us the bliss that Schubert’s music can bring. Throughout, every Song had been made fresh and distinctive, Williams’s voice warm and flexible with beautiful bass resonances.