Stuart MacRae
Anthropocene – Opera in three Acts to a libretto by Louise Welsh [sung in English, with English surtitles] 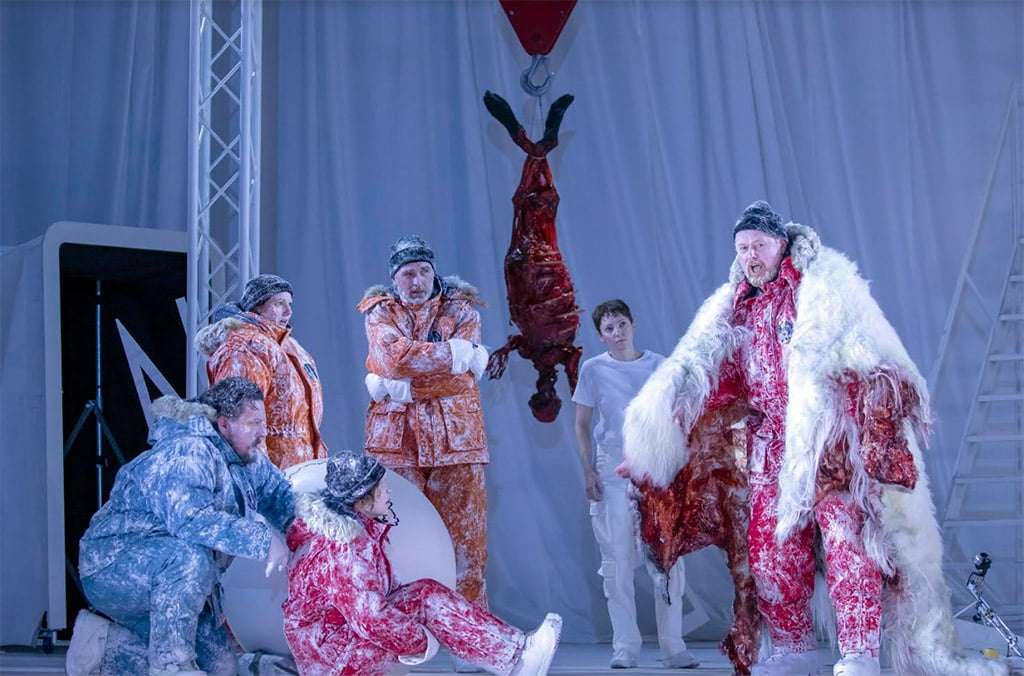 Hackney Empire continues its campaign to be the capital’s third opera house as it hosted London performances of Scottish Opera’s newest commission – hot on the tails of the world premiere performance in Glasgow on January 24 (and, in between times, in Edinburgh). Anthropocene is the fourth work by Stuart MacRae and librettist Louise Welsh for the company. While not as tautly plotted and successful as their thrilling one-Act Robert Louis Stevenson adaptation The Devil Inside from 2016, Anthropocene is a confident and musically colourful work, set amidst the unforgiving white background of the Arctic (which seems ever bright even when the action is meant to be during the winter nocturnal blackout).

Billed as a “murder mystery” the opera pits seven explorers against the elements. Onboard the Anthropocene (spelled out in stand-alone letters across the front of the stage at the start) – funded by self-made businessman turned adventurer Harry King (Mark Le Brocq) and captained by the lugubrious and superstitious Captain Ross (Paul Whelan) – they are in the Arctic off Greenland drilling ice cores to investigate possible solutions to climate change. Four are on the ship awaiting the return of three who – in the face of quickly falling temperatures and the danger they may be frozen in – are carrying back the last of the ice cores. When they return, too late to escape the freezing ice, they also bring an ice block inside of which is a woman. Seven are now eight and not only are they stranded but also incommunicado as the journalist onboard, Miles (Benedict Nelson), sabotages the satellite as he sniffs a scoop. It leads to a murder as the climax to Act One.

So far, so good. MacRae’s score has a teeming energy, even if his vocal lines tend more to the recitative than the truly operatic and that some of the characters are both so quickly comprehended (Harry King’s self-delusional madness and the Captain’s negativity) and then hardly developed. But then the story seems to diffuse and fracture. The idea that climate change had occurred centuries ago and that then the sacrifice of Ice (the thawed girl) had stemmed a period of freezing that threatened an earlier generation of Inuit becomes rather confusing. The rationale that a new sacrifice (I won’t tell you who) will reverse the freezing and allow a rescue seems to ignore the fact that a murder has already taken place (although only one of them at first knows that), so why didn’t the thaw start then? And, though Charles (Stephen Gadd) all-too-briefly mentions it, there seems little space for a moral quandary as to whether they should save themselves and thereby condemn the rest of the World – humanity and all of life – to global warming, or perhaps for the good of all sacrifice themselves. To be honest, I wasn’t particularly fond of any of them to find satisfaction in the outcome, with signs of a rescue mission getting closer. 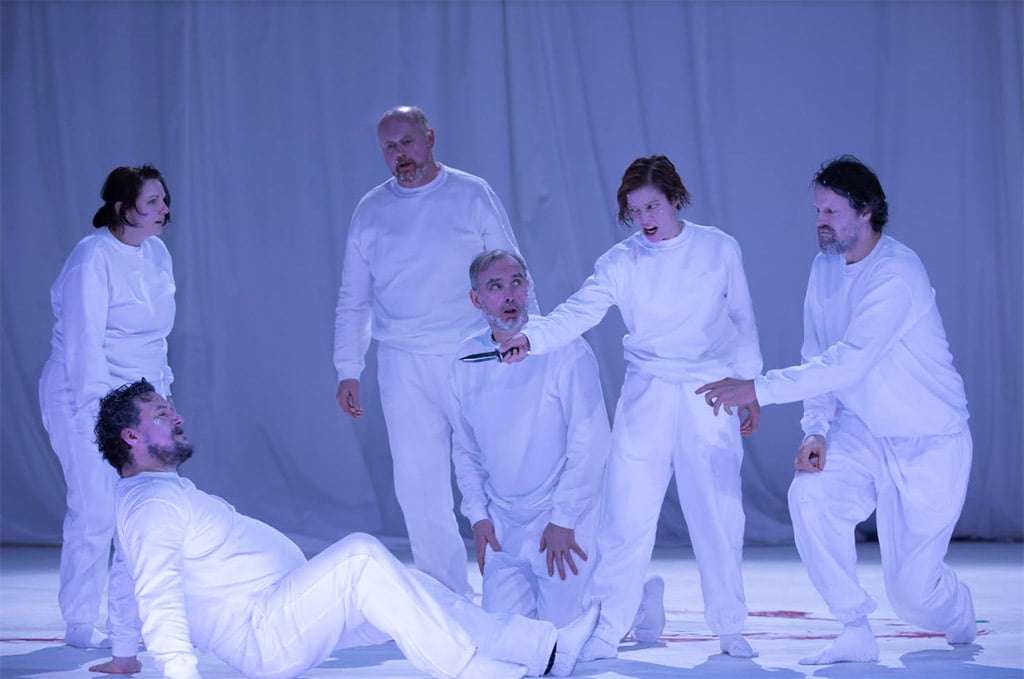 The plight of potentially man-made (or, at least man-contributed) ecological disaster skimped over, Matthew Richardson’s all-white production also seems to lose focus. By the final Act the stranded crew are – inexplicably due to the cold – down to underclothes, so similarly dressed to Jennifer France’s Ice, who abandons the modern survivors when she sees their final selfish act. Her talismanic status seemed to me to sit uneasily in the story. Richardson’s own lighting design encompasses the Northern Lights and Act Three’s eerie storm scene.

Musically, though, performances were strong, conducted by Stuart Stratford with a wholly committed Orchestra, secure in MacRae’s whirling soundworld, with his penchant for extreme ranges; the throbbing engines or elemental forces beneath the ice at the bass range, to high strings and piccolo at the other end. Similarly, from Paul Whelan’s rich bass-baritone, to Jennifer France’s soaring soprano – vocalise to start fresh from the ice but remarkably quickly learning English – the singing was also impressive, even if on first hearing I was less convinced about musical-character development.

Despite my reservations, I am delighted to report a full house for this second and final performance at Hackney Empire. The first Hackney performance was filmed, but there was no other indication of a legacy (I remember that Radio 3’s Hear and Now broadcast The Devil Inside). And most of all I applaud Scottish Opera’s initiative to tour new commissions; would the standing two London opera houses please note…