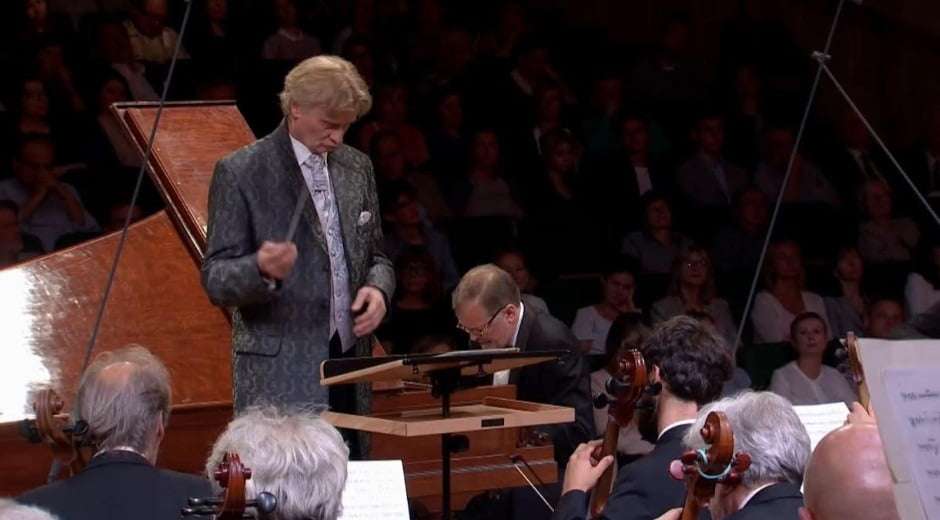 The Chopin Institute’s latest foray, its first Competition on Period Instruments, with a handsome stable of finely restored or modern copies of keyboards from Chopin’s era from which to choose, is a natural consequence not only of the distinguished period-instrument recordings it has initiated in recent years but also of modern thinking and practice generally. In the right hands, these elegantly bodied pianos, the aristocratically grand ladies of once-opulent empire salons, with their distinctive pre-modern construction, stringing, hammers, and differing actions can produce remarkable sonorities, the individual wood, graining and peculiarities of their soundboards resonating like distressed mirrors held to the past.

Neither Concerto (programmed in order of composition) was free from errors or slips, some surprising, testing the reflexes of both players. Every now and again there was a sense of discomfort, a seeming lack of familiarity with the instruments, leading to occasional disagreements of ensemble. 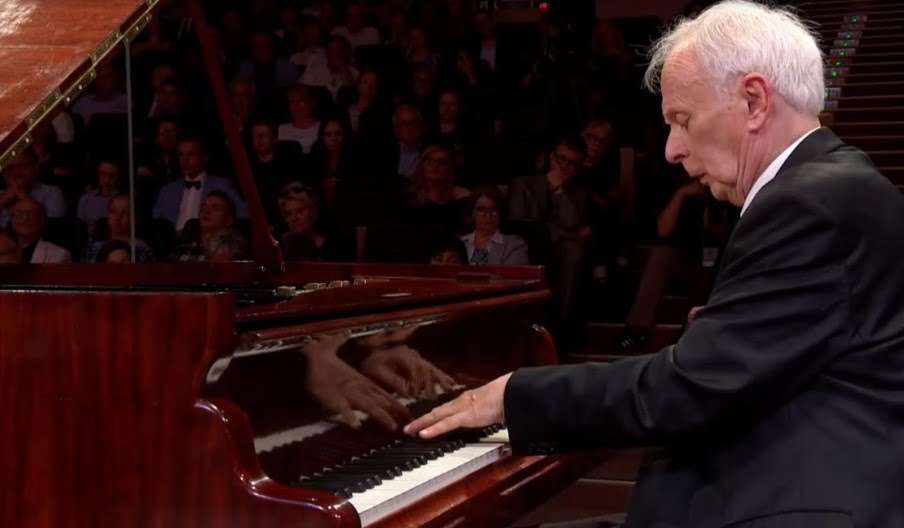 Janusz Olejniczak and Nikolai Demidenko, members of the competition jury, were born within a couple of years of each other, in Poland and Russia respectively. On the night the older, Olejniczak (playing a modern-compass double-escapement 1849 Érard), was the more comfortable, Demidenko (a smaller English single-action 1848 Pleyel) visibly working harder. The Érard, too, spoke and projected more beautifully – a bigger, more powerful instrument than anything Chopin would have known in 1830 but undeniably characterful and richly coloured, and worth hearing for its nuances of tuning. Olejniczak – who studied with Bakst, Małcużyński and Merzhanov, and was the player (and hand double) of Polanski’s The Pianist – struck a patrician pose, letting the F-minor flow with natural ease, his finely-shaped hands winging their way across the keyboard, Chopin’s figurations locked with the certainty of life-long familiarity. His manly way with bass notes, throaty and full, not shy of forte, allowing time for the harmonics to ring, was displayed to ravishing effect in the slow movement, the concluding open-pedal top A-flat, caressed with the third finger of the right hand, ‘thrown’ into the hall like a star at dawn. The folkloristic cut of the Finale, the imperceptible delays and bends of rhythm, the lyrical caesuras, took us to places beyond the page. Not so much ‘period’ Chopin as old-world Chopin, bringing a gentleman’s visiting card to the table. His encore – Couperin’s Le Rossignol en amour – watercoloured forget-me-nots and intimacy, each ornament a loving little jewel. 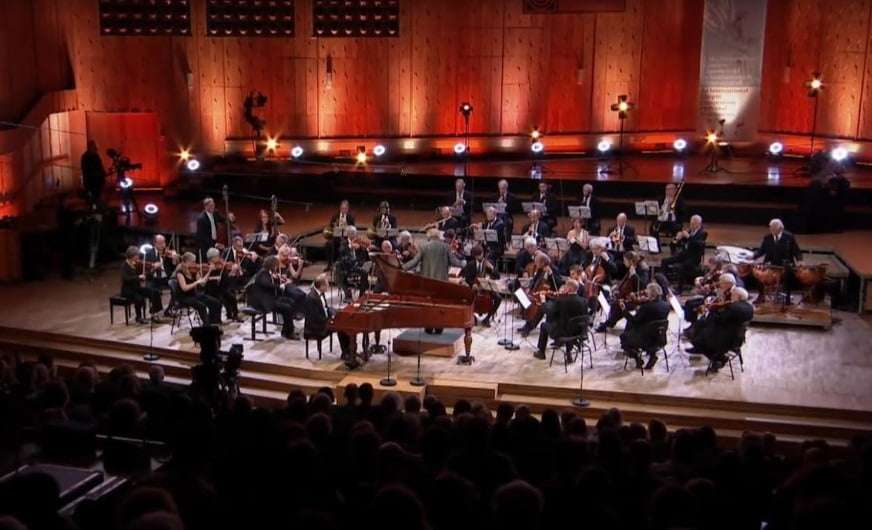 Demidenko’s E-minor had familiar trade-mark touches. His refusal in the first movement to accelerate where others do: Risoluto a tempo in the development, for instance, is exactly that. His tensioned agility, physically thrilling, leading into the end of the exposition and the start of the reprise, and his ‘broken glass’ cadenza closing the ‘Romanze’, so long one of his speciality voicings. For Chopin the Érard always had a “ready tone”. “But when I am full of vigour and strong enough to find my very own tone – I need a Pleyel.” Whether or not, contrasting other occasions, Demidenko found his ‘own tone’ in this performance is open to question. Confronted with a ‘felted’ Pleyel that generally seemed more obstructive than kind to his fantasy, more detached than legato in character, never really wanting to sing, best in running passages but less positive in sustained melody or climactic definition, his demeanour supposed not.

Trying to contain the unease, Grzegorz Nowak and the Orchestra of the Eighteenth Century did what they could. Attempting to push on the tranquillo episodes of the first movement when Demidenko wanted to hold back, though, wasn’t perhaps the best idea. And tidier joins wouldn’t have gone amiss. But overall the support was focussed and stylish, Nowak crafting a majestically symphonic, dynamically sensitive maestoso Allegro. Removing Chopin’s upper tremolos and lower cello slurs, bowing each quaver separately nine bars into the tutti following the exposition (taking a cue from the 1833 staccato piano reduction), made convincing dramatic sense. In both Concertos, clarinets, bassoon and horn variously impressed, while, in a meeting of Warsaw drawing-room and opera-house, the strings viscerally intensified the appassionato recitative of the F-minor’s Larghetto. 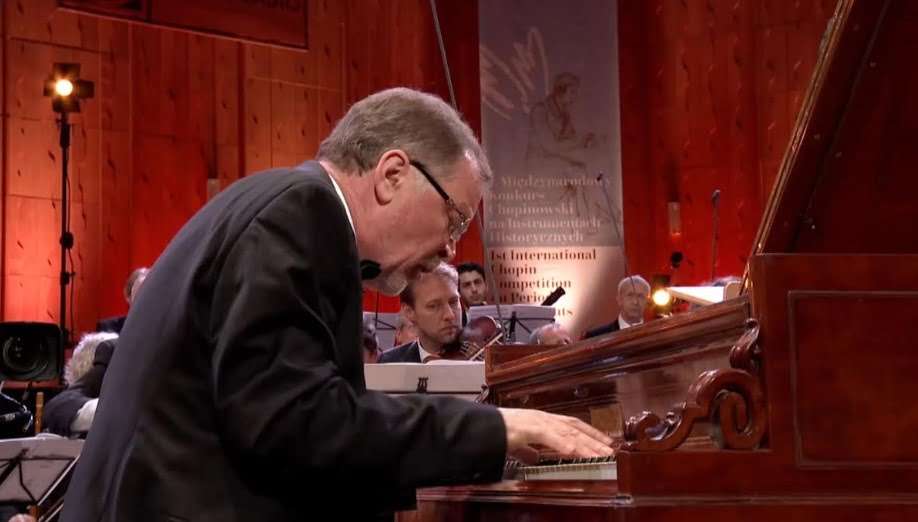 The evening opened with Paweł Szymański’s Proustian-titled À la recherche de la symphonie perdue, commissioned by the Chopin Institute and dedicated to the memory of Frans Brüggen, co-founder of the Orchestra of the Eighteenth Century in 1981 – its second performance, having been premiered the day before. Szymański, born in 1954, studied with Haubenstock-Ramati and Baird. Describing himself as a “subconventionalist”, cutting a grizzled, bespectacled, pony-tailed figure, creating abstracts impelled by music of the past is one of the things he’s known for. At nineteen minutes, this new piece begins in quotationary style, a montage of Baroque snippets, Classical cadences and densities of Romantic orchestration fleeing by. But its gradual jolts and awkward gaps, like an LP mistracking or misplaced bits of recorded tape lost on a studio floor, lead to a bleaker second half, where the music, one gratuity of theatre aside, becomes rarefied, dissolved, into a soundscape of isolated notes, registers, timbres and exactly timed silences … Memories, interrupted dreams, desolation, life extinguished. Nowak directed with a sure, clear beat, the orchestra responding with grit and clarity, the audience attentively respectful. As webcasts go, the audio-visual quality was of the highest, the directorial eye acute.