Tchaikovsky
Manfred – Symphony in B minor after Byron, Op.58 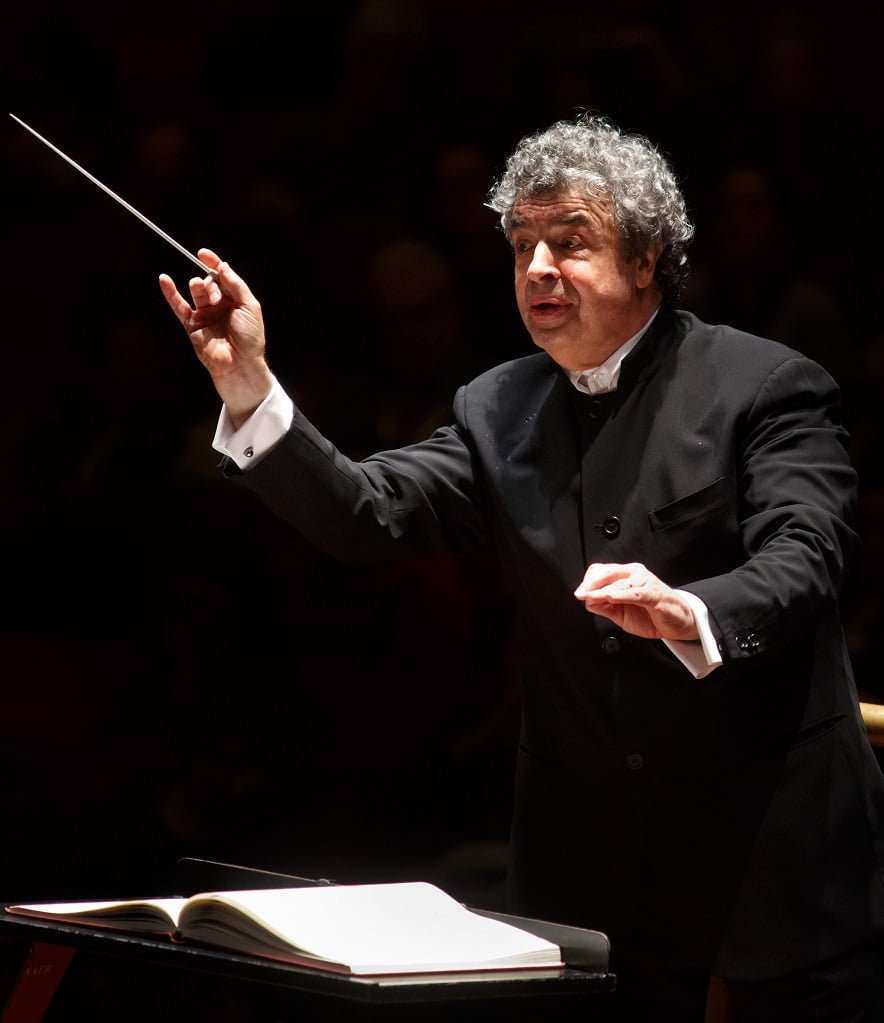 A single Symphony for lunch – sufficient when it is Tchaikovsky’s Byron-inspired Manfred. Composed between those numbered 4 and 5, it gets short-shrift in some quarters, even exclusion, and has often been cut savagely (not least by Temirkanov at the Proms some years ago) and even re-arranged.

Semyon Bychkov (Klemperer Chair of Conducting at the Royal Academy of Music and holder of the Günter Wand Conducting Chair at the BBC Symphony Orchestra) led a magnificent complete performance. He respected Tchaikovsky’s score – while extracting much from it – and inspired the well-prepared students of the Royal Academy of Music to playing of precision, character, commitment and skill. This was a weighty, dramatic and intense account that compelled throughout, and could not have started better – the trio of bassoons and the lower strings really attacking the music, taking us into a reading full of imagery and passions, the first movement flexible and volatile, the theme for Astarte (Manfred’s deceased sweetheart) most tenderly turned, and the coda was tumultuous. Solos for horn and bass clarinet were taken eloquently and confidently.

The rhythmic difficulties of the Scherzo were well-managed if just a little stiff and not nearly quiet enough (maybe a dynamic that Duke’s Hall doesn’t fully allow – although its confines certainly convey thrilling vividness) and Bychkov might have been a little more expansive with the gorgeous Trio, nevertheless the strings’ bloom and depth here were impressive, but as throughout he had the knack of ensuring that a work (however cyclical) that can seem discursive and overwrought is in fact tightly organised (as its symphonic designation dictates) while also being a vibrant story-teller.

The slow movement, although marked Andante con moto, often comes across as impatient. Not here, for Bychkov gave the opening – with a quite lovely oboe solo from James Hulme – all the time in the world, and invested the reedy woodwinds’ serenade-like episodes with affecting lilt. This too is unstable music, perfectly graded by Bychkov to reveal the human spirit. And what an excellent-sounding bell at the close, this and the tambourine flicks in the orgiastic and transcendent finale suggest the RAM’s percussion section is in fine fettle, so too the harps, and Bychkov welded into one the last movement’s party-excesses, fugue (based on Mozart’s K546?), reminiscence (Astarte reappears) and the ultimate going-beyond, the shiny-looking RAM organ beautifully integrated (it’s easy to be over-the-top at this climactic moment).

This was an epic exploration (one minute shy of an hour) of an extraordinary work, its orchestration alone worthy of a dissertation. If Manfred’s masterpiece status was ever in doubt, this engrossing and enlightening outing confirmed it as an altogether special creation, music that can seem to be somewhere on the Berlioz/Liszt axis but was here totally Tchaikovsky. As for Semyon Bychkov, may he return soon and often to the RAM. Meanwhile, in a few days’ time – Thursday May 7 – he conducts the LSO in Tchaikovsky 5.