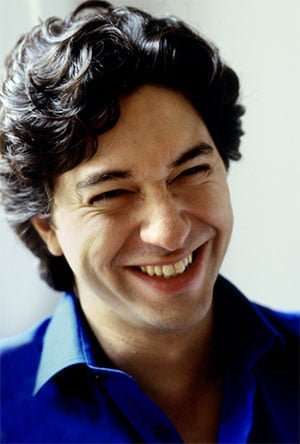 With the twin-bladed sword of outreach and accessibility dangling beadily over recherché classical music audiences, it seems to me that the Venezuela-born pianist Sergio Tiempo strikes just the right balance in his off-the-cuff introductions to his recitals – and this one, in the light of his newly acquired fatherhood, was geared to him as a family man, which gave a clue to the vivid characterisation that marked his wide-ranging programme.

It was a particular pleasure to see his hands at work and to admire the open fluidity and easy command of his technique. But there is a fierce intelligence also present, which took Brahms’s spare B minor Intermezzo to extremes of concentrated abstraction in Tiempo’s clever manipulation of beautifully veiled tone and rhythmic refinement. The unscheduled inclusion of Brahms’s ‘Lullaby’ was a wistful nod to the ideal, as yet unrealised sleeping pattern of his new child.

There were plenty of eyebrow-raising issues of articulation, weight and pulverising fortissimos in the ‘Appassionata’, but there was no denying Tiempo’s trademark spontaneity or his powerful overview of the work. He took the Sonata’s nickname at face value in a performance of bracingly egotistic romanticism. Perhaps he overplayed its potential for overwrought expression, but the pace he adopted in the first movement – which was a tight fit for Beethoven’s Allegro assai marking – was ideal for the music’s symphonic aspirations. Tiempo didn’t ease off in the supposedly more relaxed middle movement, taken at a very motivated speed, sustaining the mood of volatile unease that spread like a rash through his phenomenal performance of the finale. If you weren’t aware of the near-psychotic loss of direction in the passages where the furious momentum briefly abates, here was Tiempo making the point with scorching insight, leaving just enough in reserve for the nowhere-to-hide collapse into the demonic coda. He may have played fast and loose with classical tradition, but this was an ‘Appassionata’ naked and unashamed – one that I won’t forget in a hurry.

Debussy’s ‘Reflets dans l’eau’ handed us back to Tiempo’s mastery of colour and touch, lightly connected to logic of expression that captured the music’s shape-shifting evanescence. Tiempo gave his penchant for exaggeration free rein in the four numbers from Prokofiev’s Romeo and Juliet ballet score. ‘Juliet as a young girl’ would have needed performance-enhancers to be danced at such a lick, but Tiempo’s imagination never lost touch with the shadows gathering round her girlish innocence – and it’s by no means the first time that the crash-bang-wallop of ‘Montagues and Capulets’ has been subjected to heavily emphatic grotesqueness. The composer’s arrangements brilliantly effective and lose none of their drama and colour in their pianistic re-telling, and Tiempo was marvellous in the flashy hire-wire act of ‘Mercutio’.

It wasn’t clear how the audience’s choice of Chopin Studies was arrived at, but it ended up with the first and last of both sets symmetrically sandwiching two particularly knotty problems from Opus 10, in which even Tiempo’s virtuosic security and finesse had its work cut out. He was on native soil in stirring performances of Villa-Lobos’s ‘The Baby’s Family’, a suite of character pieces evoking dolls, the ‘Fuga y Misterio’ taken from Piazzolla’s gripping opera Maria de Buenos Aires, and Ginastera’s sensationally virtuosic and macho Malambo. Tiempo’s first encore, Chopin’s E minor Prelude, was the perfect antidote to such feverish testosterone, but in this generous, big-hearted recital he couldn’t resist reverting to type and playing to the South American gallery with ‘Horupa’.