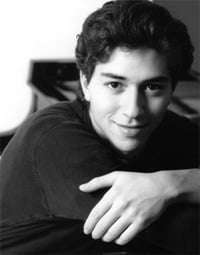 Argentinean Sergio Tiempo played to a sold-out Wigmore Hall at this late-morning “Coffee Concert”, his debut at the venue, and he numbers Martha Argerich among his supporters.

Contrapuntal passages in the Bach Partita were given with a rich depth of tone, if a little blurred at times. Tiempo fared better in the Scarlatti-like passages such as the concluding ‘Gigue’. The usually fiddly hand-crossing was tamed with ease, allowing Tiempo to present the skipping melody and silky accompaniment distinctly.

The Chopin section was intriguing to say the least, but left one feeling a little frustrated. Tiempo possesses that brand of quicksilver touch that one doesn’t come across often, the kind afforded to the great pianists of the golden age. His rapid passagework is astonishingly light and in places he seems to produce effects a period-instrument purist would expect to hear on a Pleyel, so refreshing in Chopin. On top of this, Tiempo played the bel canto sections, such as in the First Ballade, with a wonderful tone and wholly appropriate rubato, along with some clever spiky accents in places. However, the Ballade was a tad incoherent architecturally; the main central theme was played too fast, felt deflated, and failed to portray a sense of aristocratic grandeur. The Grand valse brillante and the ‘Minute’ Waltz were also a bit rushed at times, but it is clear that if Tiempo can tame his purely physical technique and allow his musical abilities to speak for themselves the he would produce some incredible Chopin.

The highlight of this recital was Gaspard de la nuit. After setting down an astonishing recording of this work (for EMI), it was exciting that he emulated it in this recital. His ‘Ondine’ was one of the most achingly passionate readings I’ve ever heard. The moments of rapturous erotic longing were played with a deep sense of gravity, and the texture throughout it was as sumptuous and warm as was the red, setting sun in ‘Le Gibet’. The sense of desolation suggested the bleakness of death throughout was unerring. Tiempo’s ‘Scarbo’ showed a clear influence from Argerich, and was all the better for it. Technical challenges were tossed aside with ease and, more importantly, the monster showed its teeth throughout. Tiempo was so ferocious at times – the tension in the double-chord trill of the first climax was palpable – and so epic in the climaxes that it felt like a white-knuckle ride.

It was refreshing to have the dances of Ginastera as an afterthought to Gaspard, especially the riotous ‘Danza del Guacho Matrero’ (Dance of the arrogant cowboy). Tiempo played two encores, Godowsky’s transcription of Schubert’s Moment musical No.3 (from D780), and a transcription of Piazzolla’s Muerte del Angel. If only the audience could have had the respect to wait around a bit longer (half got up to leave after the first encore), he might have been inclined to play another.