Mo Fan
Thunderstorm – Opera in two Acts to a libretto by the composer after Cao Yu’s eponymous play [European premiere; sung in Mandarin with English surtitles] 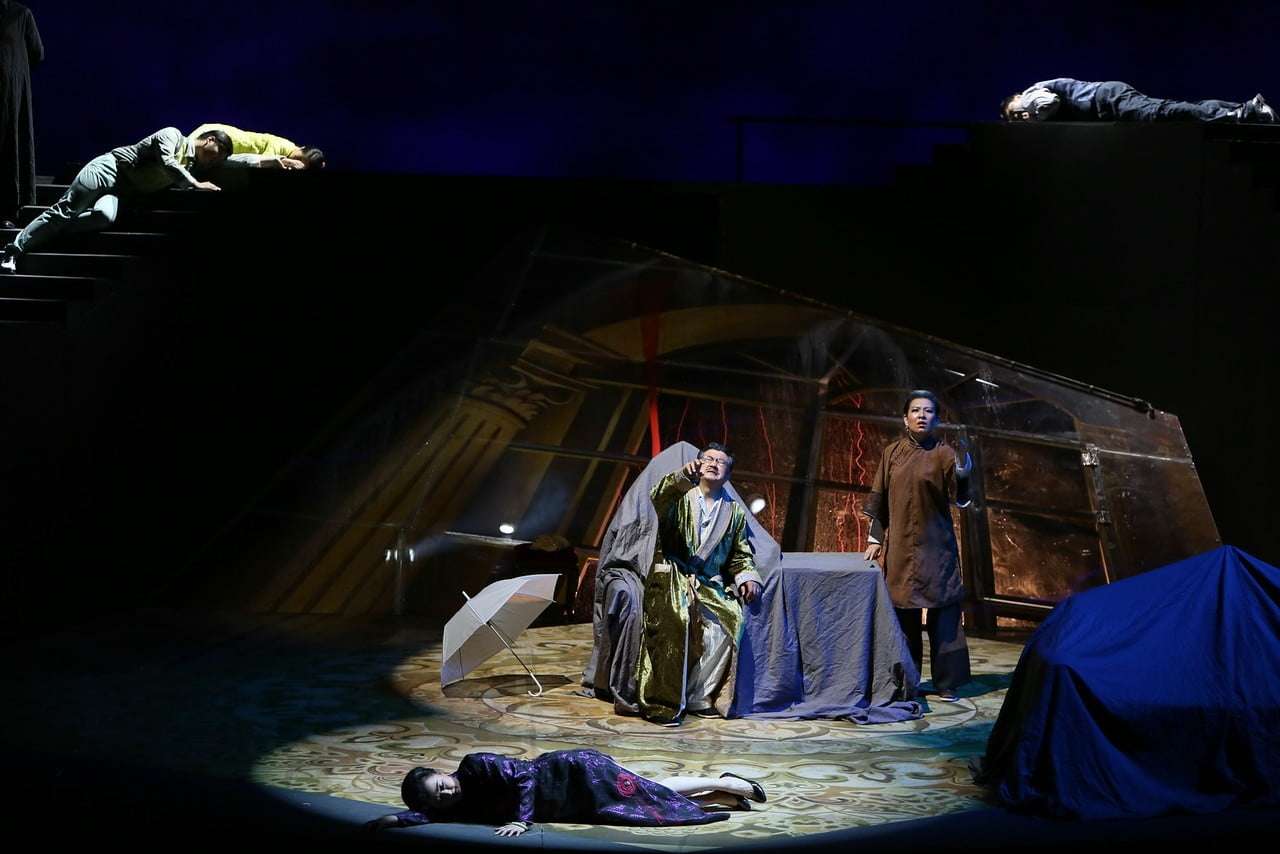 Making its UK debut, the Shanghai Opera takes over the London Coliseum until August 21, first with Mo Fan’s Thunderstorm (running until the 14th), followed by the ballet Echoes of Eternity.

Based on a 1933 play by “China’s Shakespeare” Cao Yu, Thunderstorm was first heard in 2001 and then staged in 2006. Shanghai Opera was founded in 1956 and has championed new work in western classical traditions.

Mo Fan’s music is unashamedly in 19th-century romantic mode, with touches of verismo melded with occasional English pastoral snatches and the sumptuousness of Korngold. The addition of Chinese instruments – pipa and erhu – adds distinctive timbres. On one hearing it is not particularly idiomatic, but there is no doubt that Mo Fan has assimilated western operatic tropes effectively, giving each protagonist arias. 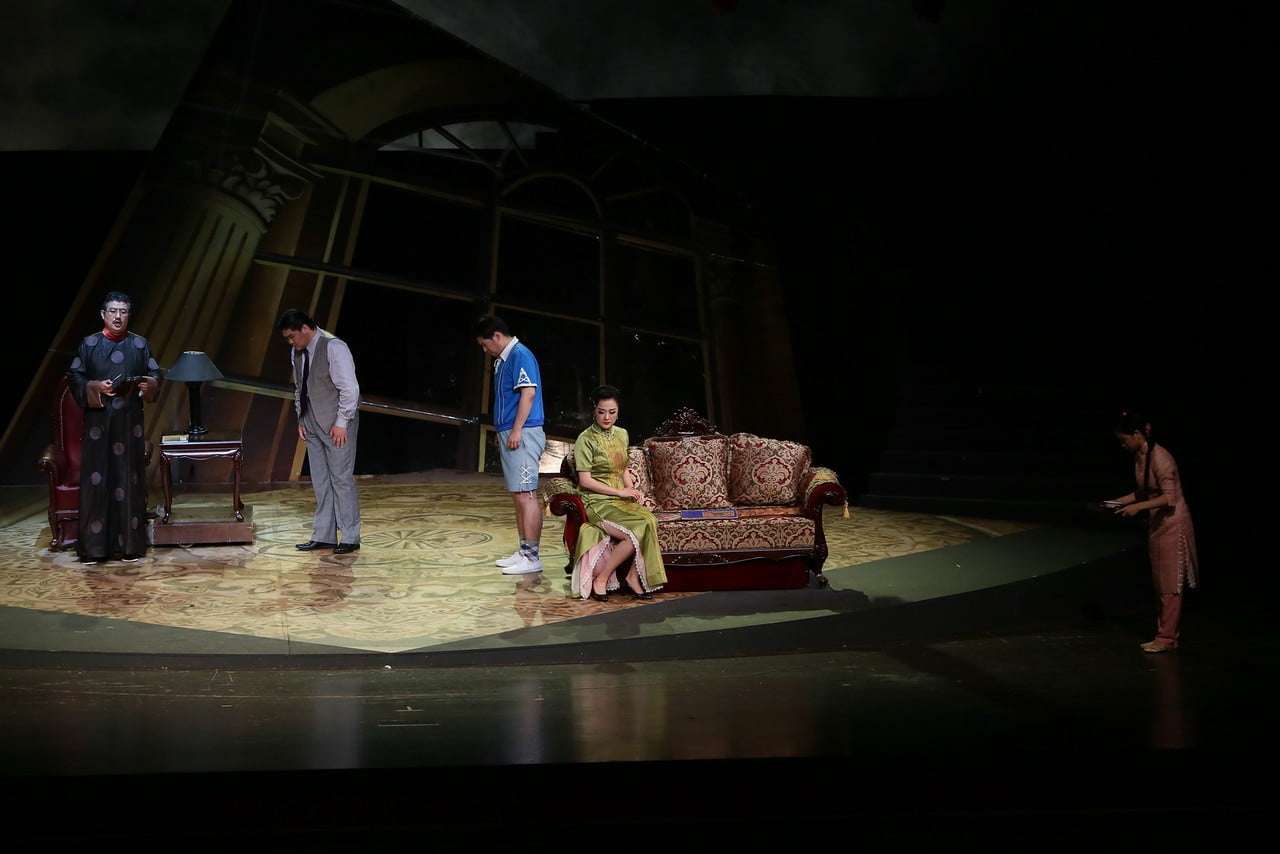 The chorus is used like a Greek play setting the scene and occasionally commenting on the action. There is a nice directorial touch from Zha Mingzhe with the chorus offering steadying hands as one of the characters flees up the stairs curving up the side of the stage into the storm-strewn exterior as the tragic melodrama unfolds.

Full of skeletons in the cupboard – children from a former liaison, a past lover seemingly risen from the dead, a step-mother rejected by stepson and … incest – the plot seems a mishmash of Greek tragedy (Phaedra, Hippolytus, Oedipus all spring readily to mind), but – equally – it smacked of the constantly intermingling of storylines in a soap: EastEnders if you will.

But the revelation of these plots and the catastrophic consequences (I’m trying not to produce spoilers here) is interesting as the storm – with lightning, x-ray-like – makes the fateful machinations affecting the Zhou family suddenly and completely transparent. 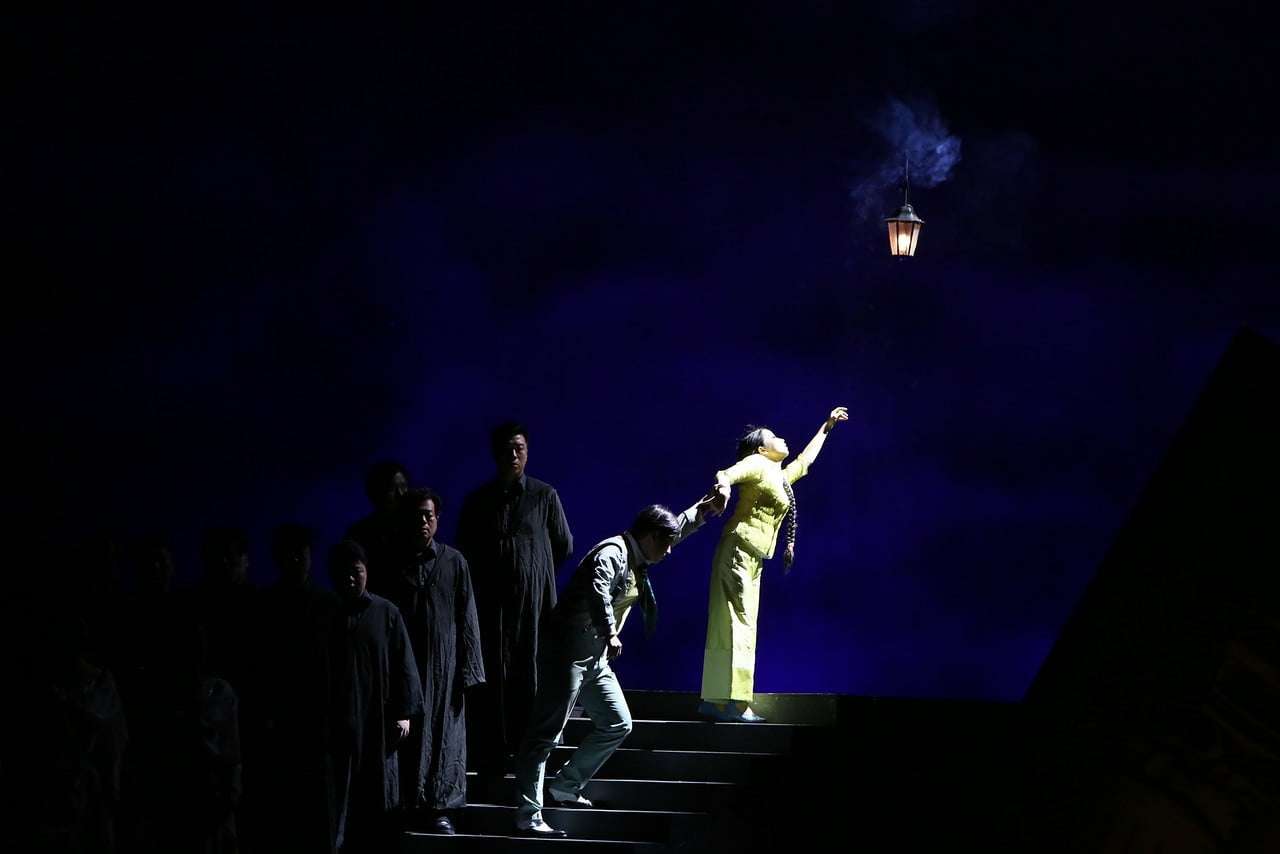 Of course, storms are not uncommon on the operatic stage. While Mo Fan’s adoption of such meteorological phenomena doesn’t have the psychological insight of Janáček’s Kát’a Kabanová (based on Ostrovsky’s play The Storm), nor the mystical properties of Shakespeare’s The Tempest, it is cathartic and lends the second Act urgency.

Compared to verismo, the action is rather stilted and the style of acting somewhat artificial, but Mo Fan writes a powerful central role in Fanyi – Zhou Puyuan’s wife and step-mother to his son Zhou Ping. At this performance Xu Xiaoying rose to the challenge rather magnificently, essaying the steely resolve of a woman spurned in love and rejected by Ping, who has fallen in love with the new maid Sifeng. She is also the object of desire of Ping’s younger step-brother, but it is their father who is the linchpin to the calamity, and his back-story, slowly revealed, that propels the denouement forward.

While Xu Xiaoying easily steals the show, both Han Peng and Zhang Fantao bring pleasing tenors to their roles, and Ji Yunhuiu invests Sifeng with a believable vulnerability. Only the roles of Nanny Lu and Zhou Puyuan’s seem underdeveloped leaving their respective singers with too little to work with.