She Loves Me
Music by Jerry Bock, lyrics by Sheldon Harnick, and book by Joe Masteroff, based on the play Parfumerie by Miklós László 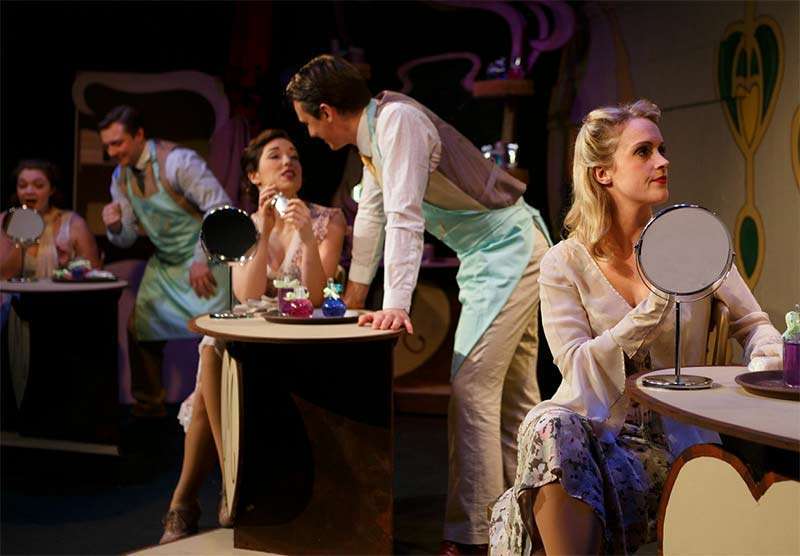 It seems that the Landor Theatre, above the Landor pub in Clapham, is the ideal place to revive She Loves Me, a charming operetta. It opened in New York in 1963, with Daniel Massey, Barbara Cook, Barbara Baxley, Jack Cassidy and Ludwig Donath. It ran for over 300 performances and won a Tony Award for Cassidy, although others, including the producer/director Harold Prince, were also nominated. The London production in 1964 featured Gary Raymond, Anne Rogers, Rita Moreno and Gary Miller. It has been successfully revived on Broadway, in 1993, and in London in 1994, the latter with Ruthie Henshall, John Gordon Sinclair and Tracie Bennett

She Loves Me is a show that needs careful handling. It was a modest success for Prince who in the following year staged the long-running global success Fiddler on the Roof, also by Jerry Bock and Sheldon Harnick and in 1966 was responsible for Kander & Ebb’s Cabaret, with a book by Joe Masteroff. For She Loves Me, Masteroff’s adaptation of Miklós László’s 1937 play Parfumerie couldn’t be better. It creates its own world, a beauty salon into which the outside hardly ever encroaches, apart from its customers. The play had also been adapted for Hollywood, in Ernst Lubitsch’s The Shop Around the Corner (1940) with James Stewart and Margaret Sullavan, and In the Good Old Summertime (1949), a musical version with Judy Garland and Van Johnson. In 1998 it was tailored for Tom Hanks and Meg Ryan in You’ve Got Mail.

The plot is mainly about the relationship between Georg, manager of Mr Maraczek’s Parfumerie, and a newly-appointed assistant, Amalia who, having been turned down for a job by Georg, insists on seeing the owner and, by default, lands herself a position. The relationship between the pair is not good and they bicker continuously. However, both being of a shy disposition, they are writing letters to their respective pen-pals, little knowing that they are corresponding with each other. It sounds like the stuff of French farce, but it is handled delicately and with wry humour. 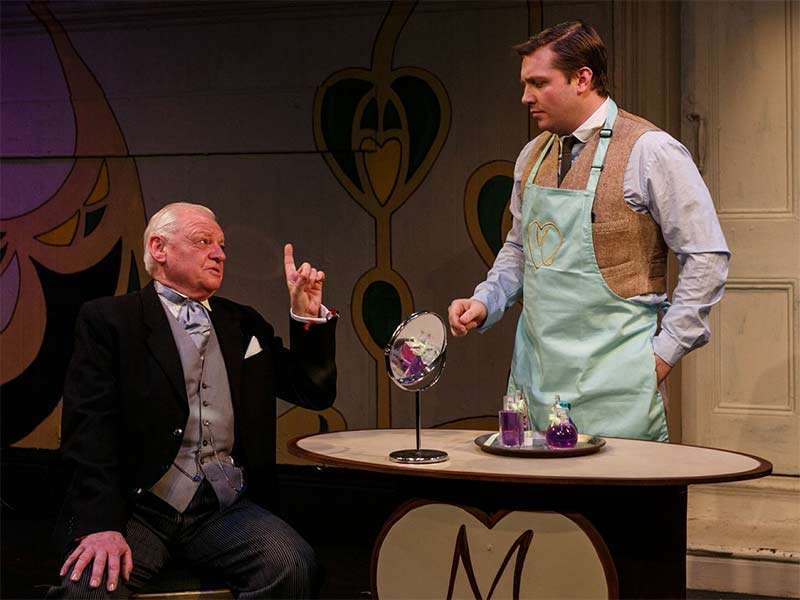 There are sub-plots involving Kodaly, one of the shop’s salesmen, allegedly having an affair with the owner’s wife; Amalia’s friend Ilona is also pursued by Kodaly who then drops her for another date. Ilona forgets Kodaly and later reports to Amalia that on a trip to the library she met her new friend, Paul the optometrist. The book is full of such delightful vignettes depicted in the characters inhabiting the Parfumerie: Maraczek and his delivery boy, young Arpad who longs to be a sales clerk, as well as Kodaly the cad and Sipos, a kindly married man.

The show has a clutch of very good songs which comment on the action and push it along in smart but romantic fashion. However, it is difficult to listen to some of them without hearing the voice of Barbara Cook who created the role of Amalia. The songs ‘Will he like me?’, ‘Dear friend’ and ‘Vanilla ice cream’ have become such a part of Cook’s signature collection that they are truly unforgettable. Charlotte Jaconelli, if she doesn’t possess the same timbre, still does a great job as the spirited Amalia. A finalist on Britain’s Got Talent with Jonathan Antoine, Jaconelli has just released a solo album, Solitaire, of mainly show songs.

As Georg, John Sandberg proves to be an expert musical-comedy player. In fine voice he delivers the numbers ‘Tonight at eight’, ‘Tango tragique’ and his ‘Three letters’ duet with Amalia with passionate vivacity, while the moment he realises that Amalia has fallen for him, he sings the title song with a great release of amorous fervour. They are well supported by an excellent ensemble, all of whom have splendid vocal talents. Ian Dring playing both Maraczek and the Head Waiter at the Café Imperiale gets the best of the comedy; Joshua LeClar as Arpad the ambitious delivery boy shines in his solo number ‘Try me’; and Emily Lynne as Ilona is simply delightful espousing the wonders of reading in the library.

Iain Vince-Gatt’s band of viola, cello and piano suits the piece well, and David Shields’s brilliant art deco designs evoke the 1930s with real elegance. The settings are lit with exquisite precision by Richard Lambert. She Loves Me is another hit for director Robert McWhir and his choreographer Robbie O’Reilly who work wonders in the Landor’s limited playing area as the theatre continues to stage revivals of shows that rarely get an outing, a reminder of what used to be the Golden Age of the Musical.