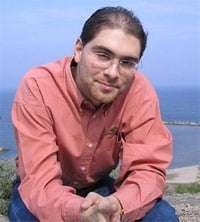 Shwan Sebastian was born in Bucharest in 1979 and this was his London debut. Rather bizarrely when Sebastian entered and settled himself, he then waited for what seemed an eternity for absolute silence. Unfortunately this protracted wait caused some disquiet and had exactly the opposite of the desired effect.

The music-making itself was decidedly uneven. Schubert’s three-movement A minor Sonata started very slowly and mysteriously, and then became sterner as the first subject was developed. But the second subject didn’t cohere and both here and in the development there was a worrying desire to slow up in the second half of a phrase and in longer paragraphs – drama and tension seemed to be subservient to sound. The finale became a toccata-like virtuoso showpiece, with a substantial slowing for the second subject, and once again the music’s structure was lost.

Late Brahms contains numerous examples of cross-rhythms and extended conversations between divergent voices. Unfortunately Sebastian concentrated on blurring both these features, with thick textures, slow tempos and sagging rhythms. As in the Schubert the pursuit of beautiful sounds seemed paramount, rather than shaping and inflecting the ideas.

After the interval we had the last of Alkan’s Opus 39 Etudes. He wrote some marvellous music, but a fair amount of it is a graphic example of not all that glistens is gold. This Study is a set of Variations on what sounds like, to British ears, the nursery rhyme, “Bah, Bah black sheep” and is a veritable smorgasbord of notes, with a vividly original opening, which Sebastian delivered with panache, only to slow too much for the first Variation. The outrageously difficult last pages sounded note-perfect, but more dynamic variation and delineation of line would have made the music more interesting. This was, in the last analysis, little more than bombast. The Barcarolle elicited rather subtler pianism from Sebastian, and each repetition of the hypnotic motif was beautifully varied and voiced. Subtlety hardly featured in the first movement of the Grande sonate. Here the tempo was breathless and the slower central section needed greater fluidity.

Chopin’s glorious Opus 27 Nocturnes make exceptional demands on a pianist’s poetic insight and grace. The opening of the first one has a highly distinctive sparsely noted theme over a remarkable wide-ranging bass and a central section that is a dramatic condensation of the opening theme. Unfortunately, once again, Sebastian failed to convey any sense of shape or form in the first section and the middle section needed more definition. The famous D flat Nocturne was very slow, there was no rise and fall to the phrasing and everything was rather amorphous.

Finally, Horowitz’s glorious re-working of Liszt’s ‘Rákóczy March’. Here the rhythms needed more punch and swing and the march’s reappearance after the trio a far greater sense of outrageous abandon. Or in other words, you need to be Horowitz and while Sebastian can play all the notes, at speed, he lacks that great pianist’s devilry and insight.

However the audience went wild and some people were on their feet. There were two encores, Mozart’s ‘Rondo all turca’ (from the K331 Sonata), in a lavish transcription, and the first piece of Brahms’s Opus 117, which had loads of swooning and swooping and little sense of line.