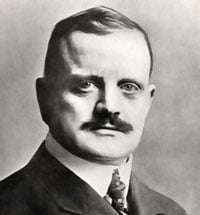 50 years ago today, Sibelius died, aged 91. He wrote Malinconia in the aftermath of his youngest daughter dying from cholera – Kirsti, aged 15 months only. A driving rage and torment enable him to draft the piece in only three hours – choosing the cello to express these gut feelings, rather than the violin (his own instrument).

The piece is ruminative and declamatory – a sonata for cello and piano at times and a transcription from a cello concerto at others. Towards the end, there is an intense and affecting threnody with, characteristically, a handful of terse grunts to conclude. I found the performance rather lightweight. Valeria Resjan understood the piano’s role sympathetically, but her panache was somewhat tentative. Tuomas Ylinen’s interpretation was soulful enough, but lacked soil and grit – a prime requirement in any performance of Sibelius.

Meta4 was outstanding. Its performance of Sibelius’s only mature string quartet, written aged 43 and one of the greatest string quartets ever written, was breathtaking and authoritative – monumental. Throughout the first movement, there was absolute mastery in giving space to single sounds and isolated chords, with exactly the right and most telling timbre, sonority and volume on each occasion. Great, broken chunks of sound stood alone, in stark eternity. The spareness of the Dorian mode was alive and electric. And yet – so skilfully – Meta4 also made a living chain of these isolated blocks, giving flow to the music. With a dynamic stateliness they delineated the measured structure of the movement’s progress towards the quiet, utter finality of those last sonorous chords. The savagery of the scherzo was fear-making. Meta4 gave the long Adagio a deeply-charged, heartfelt sonority, appropriate to Beethoven’s

thanks-giving in his Opus 132. The last two movements had hectic vigour and an increasingly harsh vitality, excitement uncannily recalling Walton and Shostakovich. The unnamed players comprising Meta4 played as one, giving the impression that every note, every bar, had been judiciously and sympathetically considered, with empathy, with rapport, with a burning feel for Sibelius’s idiom.

Jorma Hynninen gave us 16 songs altogether – including two encores. The Opus 13 songs began unprepossessingly. The first three had similar introductions – three rolls of thunder on the piano, one after another. The vocal demands were similar, too. A newcomer could have reckoned Hynninen’s vocal range to be limited. As this mini-recital progressed, however, Sibelius’s range and versatility became apparent – folk songs, a hunting song, a lyrical lament, a macabre love-story, shadows cast by trees in pine forests, shadows struck by human misfortune – and humour, too.

Hynninen does not project a ravishingly mellifluous sound. He has a somewhat thin baritone. It is an extraordinary voice, all the same. Its marvel is the musician who uses it – who can, with ease, change from declamatory to intimate, public to private, joyful to sorrowful, heavy to lightweight, bright to dark. His subtlety of inflexion is incomparable – as is the intelligence of his understanding of what he sings. He is an exemplary proponent of Sibelius’s songs – in Swedish, German and Finnish – and was acclaimed rapturously.