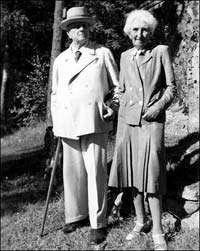 Summer vacations for the Sibelius family were a riot of music-making – with three pianists, two violinists and one cellist. Young Jean (Janne) wrote a trio for them to play at each of two locations, Hafträsk and Korpo. He began a further trio in D minor, laying it aside before completing its first movement.

The performers each have distinguished connections with Sibelius. Senior of the three is Folke Gräsbeck, a professor at the Sibelius Academy since 1985. Marko Ylönen has been principal cellist in two Finnish orchestras, a member of the New Helsinki Quartet, a concerto soloist and also teaches at the Sibelius Academy. Madoka Sato, in each of eight years during her musical doctorate course at the Tokyo National University of Fine Arts and Music, gave an all-Sibelius recital; she gave the first performance in Japan of the Violin Concerto in its Original Version and is now Director of the Sibelius Society of Japan.

Three distinguished soloists do not necessarily combine into a viable single unit. Gräsbeck was robust, dynamic and authoritative, Ylönen was elegiac and steady and Sato had a most appealing and sensitive daintiness. I admired the individual playing – but there were problems of balance and conflicting performance styles. A dominant piano often over-rode the strings – not helped by the way the large, semi-circular alcove threw out the piano’s sound loudly and resonantly. Often, the piano accompanied so loudly that I could barely hear the theme itself; I would have enjoyed hearing Madoka Sato more decisively.

I was, I must confess, not greatly taken with the first two works. They were vigorous and competent, but not much more – perfectly adequate for a family’s summer-holiday music-making. They were played with a vigorous, unremitting forward thrust – impressive in its way, but rather short on light and shade. These are youthful works, after all – undemanding in their volatile grandeur.

After the interval, I sat up. A difference showed. Sibelius – having begun his composition studies under Martin Wegelius at the Helsinki Music Institute in 1887 – dared to investigate unknown territory.

The ‘Korpo’ Trio demanded harmonics on the violin – a solo spot for Sibelius himself? During the first movement, replacing a development section, the cello, followed by the violin, led us into a mysterious and intriguing fugal passage. The slow movement, a ‘Fantasia’, was fascinating – rich in unexpected sonorities and exploratory changes of speed and mood. The brisk, straightforward finale uses a folk song, honourably recalling the countryside dance movements of Haydn.

The March was written for his brother Christian and the Anatomical Institute of Helsinki University. It is a short, triumphal, explosive piece celebrating riotously joyful students, perhaps. It has all the pagan swagger of the last movement of the Violin Concerto, with a raucous, outlandish splendour that was the glittering crown to this fascinating concert, part of “Sibelius and Beyond”, held, appropriately enough, amidst the oriental, pre-Raphaelite extravagance of Leighton House.