On paper this looked a terrific programme, an ideal coupling, and it drew a sell-out audience, but in practice it proved less than that. Although Mark Elder was advertised as the conductor, it was not made clear, until the leader of the instrumental ensemble had actually begun with the two-note octave Bs, that this account of Siegfried Idyll was to have no conductor. This proved a bad decision. The circumstances of the first performance of this masterpiece are well-known, with the individual players rehearsing in secret (Hans Richter, the trumpeter at that first performance, practised his part on a boat in the middle of a lake, out of earshot of the Villa where the Wagners were living), but even that first performance had a conductor – Wagner himself.

However, the fact remains that, unless a great deal of preparatory work is done, the piece demands a conductor, a point demonstrated by the resultant poor balance, uncertain tempos and generally far too loud playing from the wind instrumentalists in particular, the first violin trying to control matters by waving his bow around in an attempt to keep everyone in order. Sadly, the results were as effective as those of the King of Hearts in “Alice in Wonderland”. Confusion continued with regard to what was played in the viola part at bars 366 et seq: at that point, Wagner divides the viola line into two, each line having two parts (making four-part writing, each line using double-stopping). Now, the LPO members fielded just one violist, so, as he could only play one of the two lines, what did he play? The programme note was no use, claiming that Wagner called for either 13 or 15 solo players, but the absolute minimum has to be 14 if the two viola lines at that point are to be played. If there was only one violist at that first performance, Hans Richter (the trumpet part having ended finally at bar 307; many scores add the word tacet to the part at that bar) could have put his instrument down and picked up a viola to join in at bar 366. There would have been plenty of time for him to do this as the trumpet, after bar 307, is no longer required.

The universal admiration music-lovers have for Wigmore Hall’s acoustics is such that a great deal of care in terms of balance and dynamics must be taken in preparing performances there by large chamber ensembles, especially those with a full complement of wind. This account, deficient in a number of other respects, suggested that the London Philharmonic musicians had not been able to prepare their performance as I am sure they would have wished. It would have been far more interesting to have heard the String Quartet version of the original material for this work, as edited by Gerald Abraham and published by Oxford University Press in 1948. 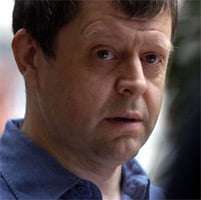 Mahler’s “Das Lied von der Erde” was only ten years old when Arnold Schoenberg began to make his version for chamber forces, no doubt with the laudable intention of making the work more accessible by facilitating more affordable performances in post-World War One financial constraints in German-speaking Europe. Realising, before he had completed his self-imposed task, that the road to hell is paved with good intentions, he abandoned his project, but in 1983 Rainer Riehn examined Schoenberg’s incomplete arrangement, and, also with the best of intentions, made a completion which enables us to hear, in so far as is possible, what Schoenberg had in mind.

This was the version which did have the immediately apparent advantage of a conductor, and – as the performance continued – the additional advantages of two very gifted singers. But the result of Schoenberg’s and Riehn’s work was clear – Mahler knew precisely what he was doing in the first place, and so did Schoenberg in the second by not proceeding with his task. He must have realised that, musically speaking, it simply was not going to work. Equally, as Schoenberg was also a great composer, we owe Dr Riehn a great deal in making this version available in a performing edition.

As for the account itself, I have already indicated the inestimable advantage of having a conductor, the more so in Mark Elder, whose interpretative control was admirable in almost every respect, save that (one has to say) the in-built problem of balance with regard to having seventeen players (just five strings) and two soloists presented problems which even he could not avoid. Paul Nilon was excellent, although at times his ringing tones were in danger of being swamped by the too closely placed instrumentalists; Alice Coote was also excellent in her first two songs, but ‘Der Abschied’ (which really demands a baritone, for a variety of reasons – the work itself ideally needs three singers) tempted her to over-dramatise at times, although the closing pages were admirably interpreted as she took the high Gs with impressive artistry. Nonetheless, without much more rehearsal time, the concert showed that Wigmore Hall wasn’t built for this.