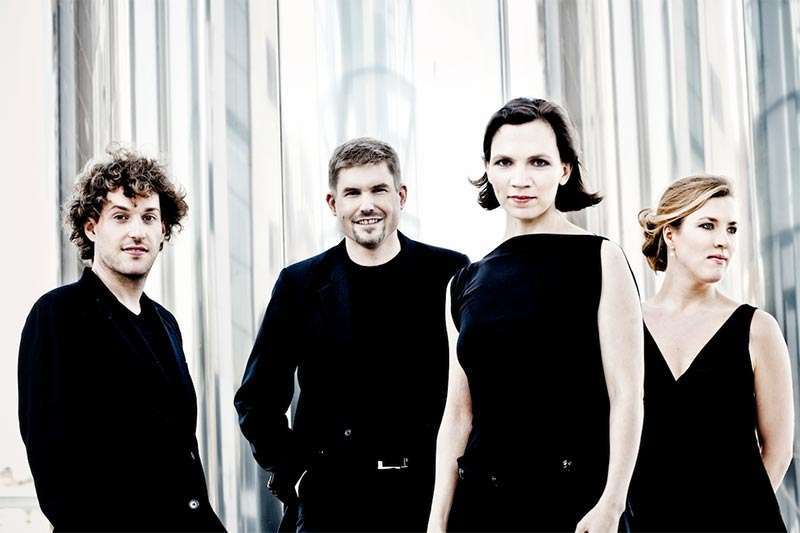 The Signum Quartet is one of the most dynamic and respected such ensembles on the scene today. And, as this BBC Lunchtime Concert at Wigmore Hall proved, its members are not daunted by challenges. On the programme, a single work: Beethoven’s epic late (1826) String Quartet in B flat. Rather than concluding the work with the usually-played published finale, the Signum members reclaimed Beethoven’s original – the Grosse Fuge, subsequently jettisoned because of its exhausting technical demands. So this was a very welcome, opportunity to hear the work in as Beethoven initially intended.

Immediately apparent from the opening bars of the first movement, the musicians exuded a warm, solid, mature sound. As the grand, serene music progressed they were appropriately weighty but never too heavy, light on their feet in the ethereal scampering passages, and the Missa solemnis-esque lyrical phrases sang gloriously.

The ensuing Presto was propelled with nervous, restless energy. The third movement, a genial Andante, showcased the group’s pure, well-blended tone, while the folk-like simple charm of the following dance-like movement had natural fluency and sweetness. The proto-Mahlerian sublimity – with shades of the slow movement of Beethoven’s own ‘Choral’ Symphony – of the ‘Cavatina’ shone radiantly, a soulful and intense account that made all the more impact for its clean, unburdened textures.

We are used to hearing the Grosse Fuge as a standalone piece, often rendered by string orchestra, so it was edifying to experience this colossal movement in its originally intended context. The Signum members gave a full-throttled performance, rising to its many challenges – not the least of which being stamina – with great aplomb. Potentially an impenetrable mess of contrapuntal complexity, here the fugal lines were brought out with dextrous virtuosity. The overall sound would have been enriched by a fuller bass – the tone was dominated here, and generally, by the violins, the cello often too reticent – but in the wider picture this is a small complaint. This was a vibrant, exciting reading that made a compelling case for performing the work as Beethoven first composed it.