This was the second concert in the 2007-2008 season’s “Sunday Afternoons at Carnegie Hall”. Through two and a half memorable hours, this was a whirligig of energized musicianship.

The Simón Bolívar Youth Orchestra of Venezuela is truly a marvel – a multi-headed organism of some 160 very talented musicians, aged 16-20, playing as a unified whole. The discipline and virtuosity of the musicians was astounding. Equally astonishing was the electrifying presence of the 26-year old Gustavo Dudamel. He will succeed Esa-Pekka Salonen as music director of the Los Angeles Philharmonic.

Roman Carnival contains material from Berlioz’s opera “Benvenuto Cellini”, music from the carnival scene – thus the overture’s title. The Orchestra played it with dazzling skill and the cor anglais solo was masterly. The expansive and explosive elements of the piece were both held together and let loose by the adept conducting of Gustavo Dudamel. 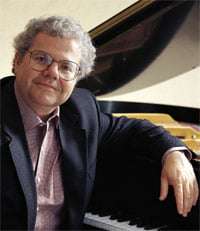 Chopin imbued the slow movements of his two piano concertos with poetry and sentiment. Emanuel Ax played with a depth of expression, but a depth that did not overwhelm. Ax and the orchestra played harmoniously, both more interested in the totality than in their own part of it. The first movement begins with an ample orchestral elucidation of the prime themes. Ax admirably picked up the themes at the piano’s entrance. In the Larghetto, a pleasing nocturne-like movement, Ax once again wove his magic. The piano sang – Chopin admired bel canto singing – from a simple cantilena to flights of evocative coloratura, all of which the pianist handled with ease. The finale had Ax hinting at the capricious Polish mazurka rhythm. A lovely clarinet-piano dialogue floated, deftly held in place by Dudamel; overall the performance was a tapestry of delightful sound and color. Ax offered a Chopin Waltz as an encore.

Beethoven himself allegedly described those famous first four notes of his Fifth Symphony as “Fate knocking at the door”. Dudamel conducted the movement at an uninterrupted allegro. The playing was frenetic, but each time it seemed the orchestra was on the verge of being out of control, the conductor brought it back. Dudamel harnessed the energy of the ardent young musicians for a most effective and provocative interpretation of the work. In the Allegro third movement the beginning should have been shadowy and haunted. Instead, it began with too much life. Overall, Dudamel conducted a penetrating, if not always original, rendering of this majestic and profound music.

For encores the Fifth Symphony was followed by a cacophony of Latin-American sounds and rhythms by Marquez and Ginastera to which ‘Mambo’ from Bernstein’s West Side Story fitted in quite naturally. The musicians and conductor, now donned in jackets with the colors of the Venezuelan flag, jumped up and down, twirled about, and spun their instruments in the air. All was great fun and a wonderful ending to an afternoon of superb music and musicianship.