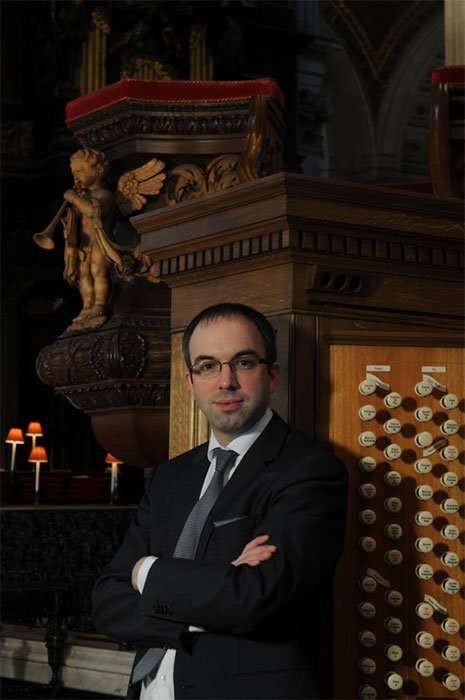 The Royal Festival Hall acoustic giveth and also taketh away; no more glaringly than in the case of organ music, where the notorious lack of resonance can confer great clarity on the Baroque while sucking much of the life from the Romantic.

This was illustrated – happily, only up to a point – in this recital by Simon Johnson, organist of St Paul’s Cathedral. The opening Bach Prelude and Fugue was as limpid as could be, played with straightforward conviction and powerful yet unflashy registration (although a manual reed stop contributed interestingly to the fugal counterpoint).

The Festival Hall organ is admirably suited to this kind of repertoire: one of the most important British instruments of the last century, it owes more to the German tradition than to the mellifluous English cathedral sound, and the acoustic just accentuates that orientation.

By contrast with the Bach, the Franck Choral felt too smooth. While Johnson’s performance was impeccable, and excitement did pick up toward the conclusion, this is music that calls for a generous echo (and preferably a little incense burning in the background). Franck is a master of form but the raw material with which he works is not always intrinsically the most interesting, and needs all the atmospheric help it can get. So although this versatile instrument is certainly capable of producing suitable tone colours (again there was a lovely, nasal manual reed), such stark exposure by the acoustic does the music few favours.

Much more successful was the great, Lisztian Sonata by Julius Reubke: perhaps in part because the organs that Reubke knew in mid-nineteenth-century Germany would have had more in common with the Teutonic style of the RFH example. Here the clarity complemented Johnson’s fierce, propelled reading of a piece that hardly ever relaxes, let alone smiles. By and large it’s Sturm when it’s not Drang; nevertheless Johnson deftly brought out some lovely gentle colours, and it was an impressive reading.

There were two newer pieces. Jonathan Harvey’s Toccata is structured conventionally – a bravura opening, a calmer section, and a return to brilliance leading up to a grand climax; but there is also a short, reflective, questioning coda which lifts the piece and makes us reconsider what has preceded it. There is obsessive repetition, with the organist and the tape sometimes engaging in a dialogue, sometimes collaborating; yet if the combination sounds gimmicky, in Johnson’s hands it was persuasively musical.

His own composition was particularly interesting, not least because it is part of the Orgelbüchlein Project. Curated by William Whitehead, this calls upon a range of composers to produce Chorale Preludes that “complete” J. S. Bach’s Little Organ Book: to fill in the numerous gaps where JSB indicated the titles of chorales he planned to use, but composed nothing or at least wrote nothing down. Johnson’s contribution is a shimmering moto perpetuo with the chorale played on the pedals and with a conclusion that is especially effective as the filigree patterns break down into short splashes of sound – then stop in midair. He cleverly underlined the JSB connection by playing his piece with barely a break from the preceding Prelude, itself full of unexpected harmonies.

For an encore, Johnson offered the ‘Ostinato’ from Holst’s St Paul’s Suite, in the performer’s own arrangement.