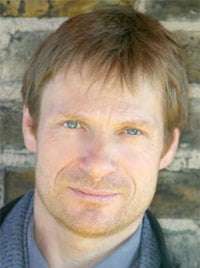 Since I last heard Simon Keenlyside at Wigmore Hall he has raised his sights operatically, his guns targeted on Verdi. After first undertaking the lyric role of Germont Père (“La traviata”) and the intermediate one of Posa (“Don Carlo”), he is now scheduled to assume the dramatic baritone parts of Macbeth and Rigoletto. As a recitalist, he continues to expand his repertoire and to work interchangeably with a range of accompanists, notably the British trio of Julius Drake, Graham Johnson and Malcolm Martineau. He rarely devotes a recital to a single composer but picks and mixes and his programmes have exhilarating spontaneity.

An inventory of Keenlyside’s performances and index of songs suggests that this Wigmore Hall programme with Graham Johnson was a new one for the partnership. I felt that the vehicle was being run in. Certainly it was slow to start; nerves seemed to afflict the singer and there were more than a few niggles in the opening Brahms group. Keenlyside brought with him his enlarged vocal resources but was rather too eager to release the torrents of sound in these mostly nocturnal songs.

“Die Mainacht” showcased his powerful declamation but the moonlight which flooded the grass had little magic at this high volume level. Lyrical flow was compromised by some choppy phrasing, though the reserves of vocal strength he brought to bear on the references to the poet’s falling tears justified the approach. Not until halfway through the third song of the group, “Wie rafft ich mich auf in der Nacht”, did the singer at last produced some soft singing. When he did permit himself an extended piano passage, bumps appeared within. The opening statements of the piano’s nightingale imitation in “Die Nachtigall” registered indistinctly, though overall this was a persuasive performance; the ecstatic flowering of melody at “Das ist von andern, himmelschönen”, followed by the swift extinction of lyricism, conveyed vividly how the bird’s suggestive singing had inspired memory but also the impossibility of capturing it.

I was surprised to see the very plain setting of “Sehnsucht” from Brahms’s folksong collection (Opus 14) included but “Vor dem Fenster” from the same set was the most satisfying experience of the opening group. Opportunities were taken by the singer to enrich this simple scene of the young man beneath his girl’s window. The mezza voce treatment of her request for silence was crowned by a beautifully controlled head-voice on the word “Mutter”. The very same drooping phrase when the night-watchman’s call indicates that he must leave was caressed to equal effect and the ending was beguilingly sung. Keenlyside is at his best when bringing light and shade to his interpretations.

Wolf and Mörike were more consistently served. The partnership between the Keenlyside and Johnson was immediately effective in “Wo findich Trost”. Keenlyside emphasised the squirming of the vocal line as the pastor Mörike attempts to reconcile his faith with his carnal instincts; the weight of Johnson’s accompaniment was an unmistakable representation of his conscience, with the insistent triplet figures in the bass nagging through the latter stages of the song. “Lied vom Winde” was another triumph; Johnson was as deft as ever in the swirling scales, while the singer created the impression that the wind’s answers to the poet’s inquiries were given as breathless asides as it sought to get on with its journey. In “Auf ein altes Bild” and “Um Mitternacht” they created a wondrous atmosphere of, respectively, reverence and mystery. There had been some rough edges earlier in “Fussreise”, with Keenlyside seemingly tempted towards Sprechgesang. Perhaps with the move towards a bigger sound comes the temptation to augment it with greater accentuation.

Keenlyside has been performing Schumann’s Twelve Kerner settings for several years and they were on this occasion the peak of the recital. This work is not a song-cycle with a developing narrative like Schubert’s two and no attempt was made to impose such a structure on it. If anything, one was conscious of the diversity within it, especially in terms of rhythm and meter, which were carefully differentiated. Tempos were on the brisk side, including for a flowing “Stirb, Lieb’ und Freud’”. There was no hint that the narrator of this was an interested party, whose “Herzallerliebste” was the novice nun visited with a miracle. Each repetition of the characteristic falling phrase, including the highest, was undertaken with assurance.His top register has acquired a force while retaining its liquidity. “Wanderlied” showed this to fine effect, boasting some impressively rich sonorities and not only in the congenial middle section. The high-lying, elongated phrases of “Stille Tränen” drew a thrilling ring from the voice and confident negotiation of the upward leaps, yet the low keys adopted revealed the relative weakness of Keenlyside’s bottom register and resulted in some croaky sounds.

Different emotional moods were accommodated both in the overall sequence and within individual songs. Keenlyside seemed to be targeting a full-voiced climax both musical and emotional in the visceral “Stille Tränen”, before the return of pessimism in the bleak final pair of songs. In the other hymn-like song, “Auf das Trinkglas eines verstorbenen Freundes”, extrovert buoyancy was movingly replaced by sombre stillness in the last stanza, providing a foretaste of the intense concentration of “Wer machte dich so krank” and “Alte Laute”, variations on the same theme. There was not a sound or movement in the Hall as the final sounds faded. The negative, misanthropic element was given its full due in “Stille Liebe”, in which the poet admits his inability to do justice to the woman he is apostrophising; the momentary hesitations before each line emphasised the forlorn message.

This epitomised the imagination applied and the unexpected outcomes achieved. Some of Johnson’s preludes sprang surprises. In “Lust der Sturmnacht” the rain beat down in gusts rather than continuously as he emphasised the sforzandos in each phrase. The interludes in “Erstes Grün” were raced through. Earlier I thought the great accompanist had miscalculated in the prelude to “Meerfahrt”, the opening Brahms Lied. Heine’s metaphor of a dinghy gliding smoothly across the tranquil waters should surely be reflected in a gentle meter, the quavers in the left-hand depicting smoothly lapping evenness, against which the forte blows in the right-hand are uneasy portents of frustration to come. The tempo chosen was disconcertingly jaunty, the rhythms picked out too firmly and emphatically by the pianist. Perhaps the artists were seeking an unconventional view of night far from the normal romantically sentimental one.

In the course of the evening a handful of verbal slips were noticeable and Keenlyside still has not thrown off the rather jejune platform manner which has long been a feature of his recital work; he is the opposite of the sophisticated, cerebral interpreter of Art Song. Paradoxically, his repertoire contains few overtly popular songs. Keenlyside makes audiences work for their fulfilment; even the encores seemed an indigestible main course rather than a light dessert. Both were by Hugo Wolf, the first the lengthy “An eine Äolsharfe”, the second “Lied eines Verliebten”.

This recital was a work in progress. The relationship between opera and concert in the next phase of the singer’s career will be fascinating to observe.