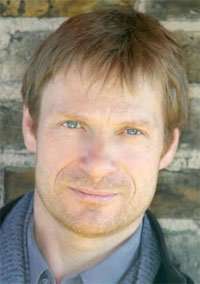 What a pleasure it has been to follow the career development of Simon Keenlyside from his first recital at Wigmore Hall as, I recall, a gauche, awkward novice, rather untidy on the platform. As he approaches 50, Keenlyside can be seen to have made some wise judgements in vocal management: he has grown into certain signature operatic roles such as Don Giovanni and Papageno and assumed others only if they were suitable for his Kavalierbariton voice. In song, too, he has steadily expanded his range in terms of nationality, language and style, adding new elements to the structure of his repertoire but not abandoning existing favourites.

Keenlyside is at the absolute height of his career and has acquired such a stature – in London at least – that the management of Wigmore Hall can safely schedule a repeat of a concert, as on this occasion, three days later. The audience which applauded him and Malcolm Martineau at length when they took to the platform are happy to accept the rather haphazard recital planning which has long been his trademark. Here they took in their stride that the two halves of the programme were transposed!

So French song it was for the first half. It was soon obvious how Keenlyside had responded positively to the stylistic and technical challenges of Fauré’s vocal world. If he did not always manage to integrate the soft head tones in the line in the manner of a true baryton martin, a Souzay or a Maurane, the nuances of the composer’s response to the poetic texts were fruitfully explored. In “Mandoline” the slight irony with which the world of ancien regime elegance is presented was embodied in the knowing over-elaboration of the decorative runs. The droopy quality of the song written for the Prince of Aragon in Fauré’s incidental music for a production of “The Merchant of Venice” seemed urbanely intentional, a point underlined by Martineau’s projection of his mischievous upward scales. The latter ended this and “Aubade” which followed with a broad smile, as if captivated by the brilliance of what he had been given to play. It was a pity that he was called upon in the closing “Le papillon et la fleur” to prompt his partner who had a lapse of memory.

It must be difficult to resist including the showy “Fleur jetée” in a group of Fauré songs, though its Erlkönig-like pounding accompaniment and loud, high vocal climax are untypical of the refined orbit of the composer’s work. “Aubade” after all offers an example of more operatic questions being asked within Fauré’s normal parameters. Nevertheless, Keenlyside avoided going over the top without betraying the song’s energy, while Martineau kept his most powerful effects for the postlude. “Spleen” was given an imaginative rendition: the description of the steady rain in this famous song, limp and wearisome, was contrasted with the much more vigorous treatment of those passages where the poet’s puzzlement at his own uneasiness and protest against it are expressed.

I noticed no errors in the garrulous texts of Ravel’s “Histoires naturelles”. Keenlyside successfully cultivated the detachment required in the delivery of what are for much of the time recited monologues. The tongue-twisting passage in ‘La pintade’ which depicts the creature’s speed of attack on the poultry was proof of his linguistic command, while the clarity of his enunciation had the audience focusing on every word of the softly sung narrative of the cricket.

Vocally he proved capable of slipping into sustained lyrical lines, notably in ‘Le cygne’, whose aquatic environment was vividly conjured up by Martineau. But surely his dry irony, his asides, his well-judged pauses should have provoked laughter; not a chuckle was heard. The performance was being recorded for issue in the Wigmore Live series. Perhaps the rather stern admonition given to the audience to desist from extraneous noises was thought to include outward expressions of mirth. 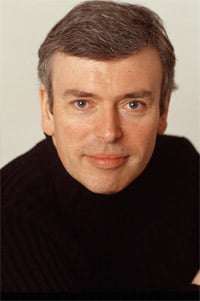 “Gesang Weylas” may not be one of Wolf’s most sophisticated or demanding songs but Keenlyside’s performance of it was a microcosm of his skills. The long, tortuous sentence “Vom Meere dampfet dein besonnter Strand den Nebel, so der Götter Wange feuchtet” was phrased with admirable breath control and appreciation of words and syntax, while the investment of the imaginary island with god-like status started in a pianissimo thread before a fast but controlled crescendo up to the word “Könige”; words and music in ideal balance.

“Auf eine Christblume” was a model of delicacy, while Keenlyside unveiled his Heldenbariton voice (never to be deployed in an opera, he has wisely declared) for the pronouncements of the wind on the inconstancy of love in “Lied vom Winde”. Heimweh was interestingly interpreted. Instead of an abject expression of sadness, the theme was lightly sketched in. The poet was made to appear relaxed about his separation from the environment he loves, an attitude maintained right through and including his last words. It was left to Martineau’s postlude to reveal the hidden depths of unhappiness which he had tried so hard to conceal.

It was with a palpable sense of release from the severity of Wolf’s Mörike settings that Keenlyside emerged for the first song of his Schubert group. The physical pose was expansive for “An Silvia” and the manner forthright, with the rarely-heard “Die Einsiedelei” offering an air of gentle contentment to follow. This avuncular mood was short-lived, however, as the next three songs inhabit a metaphysical world. The ability to sustain long phrases came again to the fore in “Freiwilliges Versinken”. The forbidding realm of Hades was brutally painted in “Gruppe aus dem Tartarus” but it was another relatively uncommon song whose contents were best illuminated. “Verklärung” is one of those scena-like compositions, in which dramatic recitative alternates with lyricism. Here the powerful treatment of the former contrasted with the gentleness of the prayer which the transfigured poet directs at the angels.

“Himmelsfunken” brought further admiration for the baritone’s breath control, “Ständchen” for the partnership’s re-interpretation of what can often be treated as a soupy, high-flown piece of quasi-sacred music. The pace was brisk and the outburst of passion at the end was not therefore incongruous. The melodic beauties were not starved of their effect; indeed, the tenuto applied to “mit den Silbertönen”, as the voice descends in a downward major arpeggio like a sudden shaft of light, was a magical moment.

“Die Sterne seemed to find both artists flagging and I experienced, unusually, an awareness of the song’s monotony before being brought to the edge of my seat by a fearsome “Auf der Bruck”. The approach of both musicians was singularly aggressive, in the case of the singer leading to untidiness, but his dramatically unrepentant and musically reckless charge provided an exhilarating end to the programme.

I like partnerships who share announcements of the encores, as Keenlyside and Martineau did here. All three took us back to the miniatures with which the evening began: two more songs from Wolf’s Mörike collection, ‘Der Knabe und das Immlein’ and ‘An die Geliebte’ and Poulenc’s languid, urbane ‘Hôtel’. It was not just end-of-recital relaxation and lowered expectations that made me think all three just about perfect.